How do you beat Jan Kopecký in Zlín?

It’s a question the rallying world has been asking for nearly a decade and still hasn’t found an answer for.

With nine wins, 11 podiums and 92 stage wins, Kopecký is the undisputed master of this rally.

It’s been a decade since he was bested on merit – his unbeaten streak would last that far had Škoda not placed him in a course car in 2014.

“For sure it would be really nice to beat him on Barum Rally Zlín,” points out Filip Mareš, his nearest rival in the Czech championship.

“Out of everyone, he won seven times in the last seven editions, so he’s the biggest favorite of this event. But we’re trying.”

Erik Cais came close. Very close. He had a 20-second lead heading to the final stage of last year’s event – then crashed out.

He will likely be strong again. Cais thrives on low-grip asphalt – whenever it rains, his name tends to ascend to the sharp end of the timesheets.

It helps that he was born and raised in Zlín, naturally. These are his roads.

But look elsewhere and there’s another dark horse that could finally end Kopecký’s dominant streak. Mareš has been trying to break Kopecký’s hot streak across the board.

“Kopecký is our biggest competitor in the Czech championship too, so we are trying from the beginning of the season,” says Mareš.

It started so well, on a rally that might end up echoing this weekend’s European Rally Championship round for its notoriously random weather conditions.

In April it was Mareš, not the wily Kopecký, who got it right. He’d picked three slicks and a single wet, all while the radar hinted at the impending doom of rain clouds. It worked – he usurped Kopecký on the final stage.

But Kopecký has won every rally since.

“So, we’re still trying to beat him,” says Mareš.

“He’s our goal in terms of pace, in terms of using the Rally2 car. So we’re still trying, we’re following his style and his times on the stages. For for sure my confidence is now on quite a good level but it’s important to keep at it and important to work on every kilometer in the car.

“It’s so important to have a lot of seat time when you want to beat a driver like Kopecký and other guys who are really fast on Tarmac and Barum Rally generally.”

He’s racking up a bit more of that now, having finally got his rally career back on track after the curveball of COVID-19.

A strong run on last month’s Rally di Roma Capitale suggests he’s finding his feet once more. He matched the pace of newly crowned champion Efrén Llarena throughout; had he not suffered broken front-left wheel studs on a road section, he’d have been fighting Llarena for the podium. 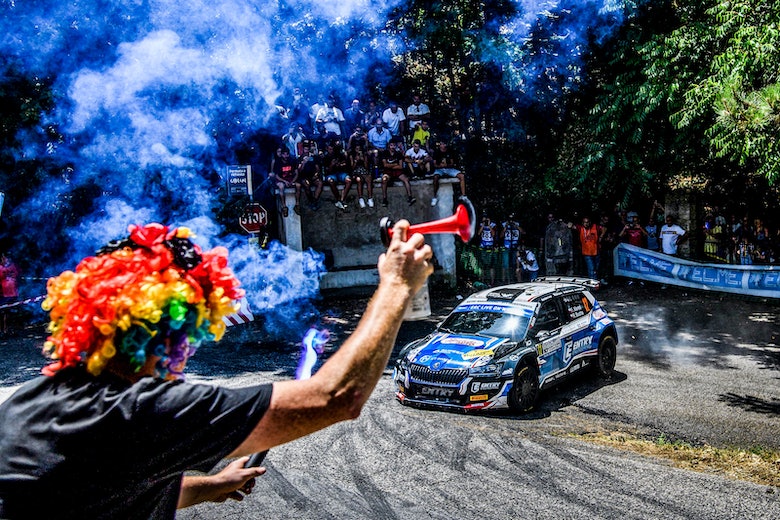 It was the first signs of a return to the old days.

Almost three years earlier, Mareš had beaten Chris Ingram to the ERC1 Junior title by a mere 0.3 seconds, triumphing in a final stage showdown in Zlín. A program in WRC3 beckoned – and was swiftly curtailed after Rally Sweden 2020, when the funding from his national motorsport federation disappeared.

So he hatched a plan. While all the ERC frontrunners rent their cars from crack preparation firms (MRF Racing’s Spanish duo Llarena and Javier Pardo from Race Seven; Simone Campedelli from Step Five, to name a few) Mareš went it alone. He is his own team principal. 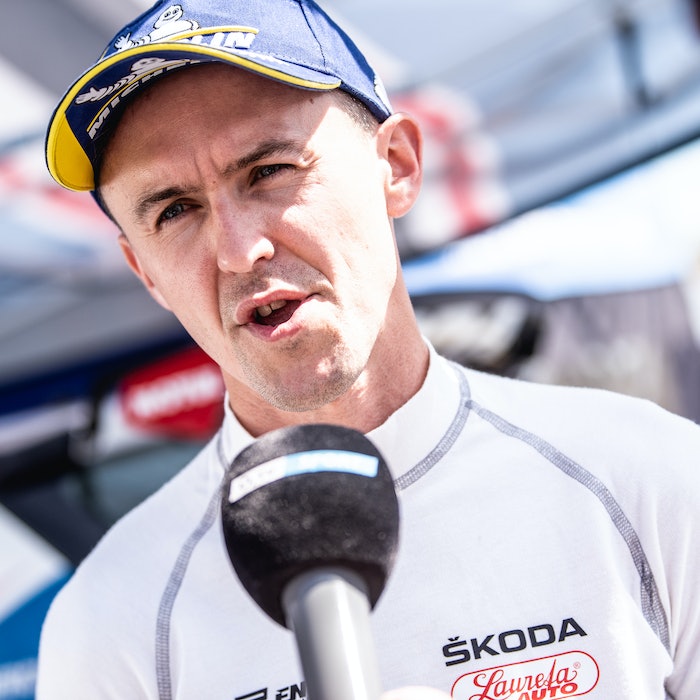 I am not doing all these things because I want to have a team and run the cars. My objective is to have proper possibilities to try to show my speed Filip Mareš on running his own team

“I’m quite sure it’s better to rent a car and have a clear head just for driving,” Mareš declares. “But at that moment in 2020, it was not possible to rent a car because of budget. This way, at the moment, looked cheaper. That’s why I decided to try this way.

“At the moment it’s working quite well. But sometimes I’m quite busy with all the things around. I would be watching onboards and so on ideally but I’m managing fuel, tires and so on instead.”

Kopecký is sort of, but not exactly, in the same boat now. He drives for the family team – but papa Josef has been running Motorsport Kopecký since the 1990s. It ran Jan’s privateer Fabia WRC in the late 2000s after the works effort had shut its doors and was part of the development team behind the ultra-successful Fabia S2000 and R5 cars.

Entry Engineering is small fry by comparison. But as Mareš points out, needs must. Truth be told, he doesn’t really want to be in charge of his own team – but it’s what’s allowing him to keep driving. But pursuing ambition sometimes means taking the more challenging path.

“I am not doing all these things because I want to have a team and run the cars. That’s not my objective,” he says. “My objective is to have proper possibilities to try to show my speed. That’s the target, that’s my motivation to do all these things around.

“Because now I feel that I have still better and better conditions and I feel support from people around me. That’s something that’s really important.

“Now I have the right people around and they’re all helping me with my ambitions. Let’s say we have altogether the same targets, so that’s also nice when you feel this support from the team.”

He’s already plotting a proper ERC comeback in 2023. But for now, the target has to be a blockbuster result on the Barum.

What can we read into the Fourmaux situation?