There’s still a fair wait before the World Rally Championship gets back underway in Estonia. But fans looking for an international rallying fix sooner need look no further than the European Rally Championship’s season opener, Rally di Roma, which takes place this week.

There’s some familiar faces lining up at Castel Sant’Angelo, the ceremonial rally start located right in the heart of Rome. Dani Sordo will be racing in a WRC-spec Hyundai i20 but is in the separate RallyStars event, alongside new team-mate Pierre-Louis Loubet and M-Sport’s sole WRC-spec entrant “Pedro”.

Instead it’s the R5s seen in the world championship’s WRC2 and WRC3 support series that will be vying for victory on rallying’s big post-lockdown comeback event. There’s big names like Oliver Solberg in the field but equally some talented juniors and local specialists in the mix for victory.

Who’s most likely to conquer Rome? Our team of ERC writers have picked out their favorites to contend for the top spot and potentially cause an upset this weekend.

If there was one driver who made the most of the 2019 season, it was undoubtedly Craig Breen. Out of a full-time WRC drive, the Irishman made do with a proper title assault on the Irish Tarmac Rally Championship back home.

And that’s where we started to appreciate the all-rounder qualities of Breen. He dominated the season, winning all but one event in his Ford Fiesta R5 to claim the title, while also producing star performances elsewhere in an array of machinery.

There was his victory on the asphalt of Sanremo at the wheel of a Škoda Fabia R5, then a similar result on the roads of Ypres with a Volkswagen Polo R5 before top 10 finishes on Rally Finland and Rally GB in the Hyundai i20 WRC he used to play the team game for Thierry Neuville.

What this all means is that Breen is capable of getting the most out of a plethora of R5 machinery – he also drove the Hyundai i20 R5 last year – and, given his prowess on the black stuff, the chances of victory on the roads of Rally di Roma seem realistic for the affable Irishman.

For those who’ve followed the ERC infrequently or from a distance, there’s one name that will still sound familiar; Alexey Lukyanuk. The 2018 champion is ERC’s answer to Colin McRae; win it or bin it. He does a lot of both. Steady points finishes aren’t really his thing.

Last year’s Rally di Roma was one of the few exceptions to this rule. It was his first season with Saintéloc Racing but he was still right on the pace, battling Giandomenico Basso tooth-and-nail for victory after Andrea Crugnola’s puncture had turned the lead fight into a one-on-one shootout. But he didn’t getting carried away with taking risks to beat Basso; he was happy to let the Italians have their fun in the sun and bank points ahead of his ERC title rivals.

Then a one-minute penalty from the stewards came Lukyanuk’s way. His Citroën C3 R5’s wheelbase was judged to be a few millimetres too long. He was furious, sarcastically calling the penalty a “great result for Italy” as Basso went on to win with compatriots Simone Campedelli and Andrea Crugnola rounding out the podium.

Will he be able to exact revenge for his ‘lost’ win last year? He’ll need to adapt to having a new co-driver by his side, as long time navigator Alexey Arnautov has hung up his helmet and been replaced by Dmitry Eremeev. But the ‘Russian Rocket’ didn’t get his nickname for nothing; expect that C3 to end up on the podium ramp or at the service park in bits.

This is likely the only time we’ll see Andrea Crugnola on an ERC event in 2020. His profile outside of Italy is minimal but in his domestic championship he’s a perennial frontrunner. And on last year’s Rally di Roma he was on another level.

Crugnola racked up 13 stages wins and two second-fastest times out of 16. The Saturday afternoon pass of Pico-Greci was his downfall, stopping to change a puncture mid-stage and losing 2m16s. Yet, he finished only a minute behind eventual rally winner Giandomenico Basso. Let that sink in.

A switch from the bread-and-butter Škoda Fabia R5 to the less-fancied Citroën C3 R5 for this year might blunt his pace slightly, but he’s already competed in and won two regional rallies post-lockdown. Any rust has already been shaken off. He might not be a big name in the traditional sense but after last year, Crugnola will be on everyone’s radar this time.

Twenty years senior to a lot of his rivals this weekend, Giandomenico Basso is the experienced hand in the expected battle for supremacy on Rally di Roma. He may have only won one of the 16 stages last year, but he still emerged as the victor.

This year will be trickier however. With drivers like Craig Breen and Oliver Solberg on the entry list, Rally di Roma has attracted more international flavor than ever before and Basso will need to get on top of a new car quickly as he switches from Škoda to Volkswagen power.

This means pre-event testing and shakedown will be crucial ahead of the all-important qualifying stage, as time lost here could impact Basso’s entire event. But as the reigning Italian, double European and previous IRC champion, there’s not a lot Basso doesn’t know. And there’s absolutely nothing he doesn’t know about Italian asphalt.

Where others might be too desperate to prove themselves, Basso will use his head and creep up the order.

Perhaps Callum Devine is a bit of a wildcard for victory this weekend. Perhaps not. The Northern Irish driver, alongside co-driver Brian Hoy, is a fairly new addition to the ERC and Rally2 cars but that shouldn’t be used against him. Part of the Motorsport Ireland Rally Academy, Devine and Hoy made a big impression on their only ERC1 event to date, securing a podium on Rally Hungary at the end of the 2019 season.

The conditions in Hungary over the course of that weekend were atrocious and many more experienced campaigners like Łukasz Habaj and Alexey Lukyanuk suffered dramas. Eventual champion Chris Ingram also had issues on the final day. But Devine, who was competing in not just his first event in Hungary but his first outing in an i20 R5, kept his nose clean and claimed third place behind Lukyanuk and Frigyes Turán.

Like Breen, Devine spent much of last year on the asphalt of Ireland, driving some of the fastest stages in Europe. The innocence of youth may not be intimidated by the likes of Lukyanuk or Basso, so Devine is definitely one to watch out for in Rome.

It would be easy to write off Adrien Fourmaux’s appearance in the ERC as an extended test; a bid to build seat-time ahead of the WRC’s resumption. The truth is somewhat different. Fourmaux is in Italy to win, and he has a very realistic chance of doing so.

The car he’s using – M-Sport’s Ford Fiesta R5 Mk2 – proved itself to be quick in the hands of Simone Campedelli last year, taking second place. And Fourmaux himself is a potent force on asphalt, winning six stages in Monte-Carlo this year and taking a standout second in class there in 2019.

His form is great too, having taken his first ever rally win on the Malcolm Wilson Rally in England just before the lockdown. Granted, a national rally in the UK isn’t as pressurised as a fully-blown international event, but getting used to that winning feeling does a driver no harm at all.

Fourmaux’s lack of Italian asphalt experience might hurt him, but he’s proven before he’s one of the quickest learners in the business and he isn’t about to waste this chance to prove to everyone just what he can do.

Marijan Griebel has won everything there is to win in ERC’s Junior ladder; the U27 and U28 titles as they were known then, one after the other in 2016 and 2017.

Then things started to go wrong.

One day on the ERC season opener was all he managed in 2018. But 2019 promised a proper run at the title, linking up with the same BRR Baumschlager team he’d won the Junior U28 prize with. Griebel started the season in a Volkswagen Polo GTI R5 but quickly ditched it for a Fabia after a frustrating run to sixth on Rally Azores. It only got worse from there: a podium on Rally Islas Canarias was thwarted by a late puncture and Griebel rolled his Fabia on the very last stage of Rally Poland.

Rally di Roma is his chance for redemption. Asphalt is the surface on which he learned his rallying craft, residing in the heartland of Rally Germany’s Saarland base. He’s got a new car to learn in the Citroën C3 R5 but it’s being run by quasi-factory team Saintéloc Racing. It’s a fresh start for a driver who starred as an ERC Junior – will he make the most of it now he’s a senior? 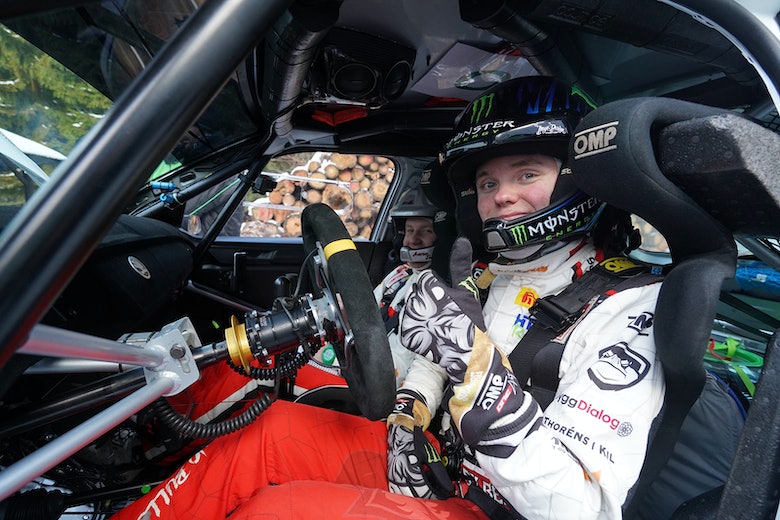 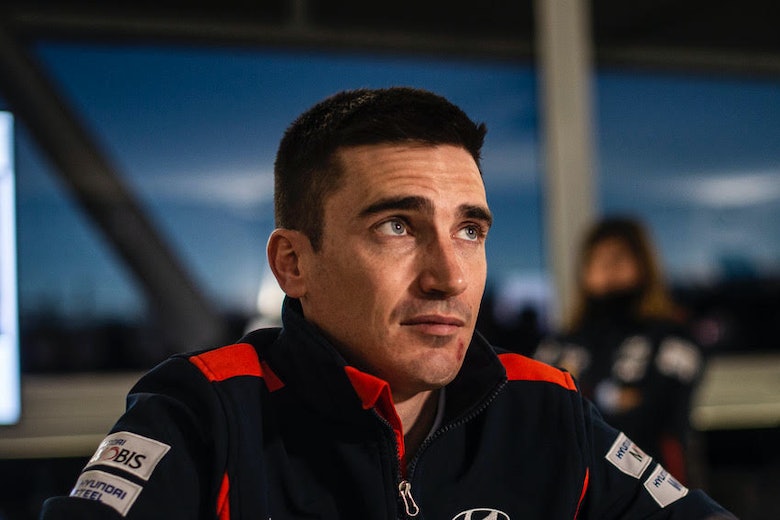 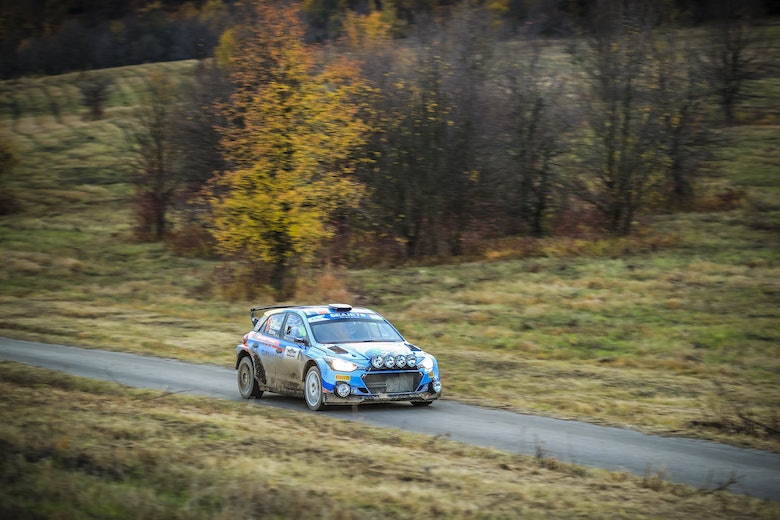 Why ERC success is on the cards for Breen’s understudy 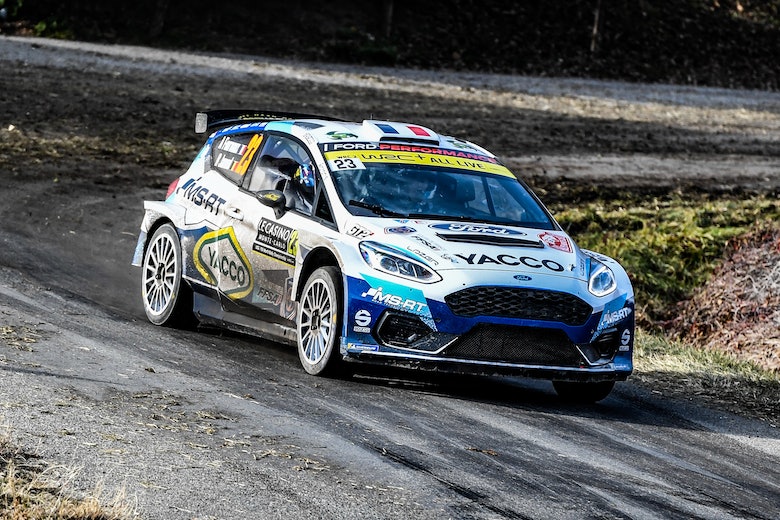