There’s no greater thrill than competing on home soil, even more so when you’re the championship leaders. But, alas, for Elfyn Evans and co-driver Scott Martin, they won’t get the chance in 2020. In a special column for DirtFish, Martin gives an idea of how the Toyota duo would have prepared for Rally GB this weekend.

Is there such a thing as an ordinary world these days? If there was and we were in that ordinary world, I wouldn’t have had time to write these words for DirtFish. I’d have been in Clocaenog, Penmachno or Brenig.

It would have been day one of my home round of the World Rally Championship: Wales Rally GB. And mine would have been the best seat in the house – the seat alongside Elfyn Evans in our Toyota Yaris WRC.

It’s definitely a funny feeling to be sitting at home and not out there competing. And such a shame that we couldn’t do the event, especially given the year we’re having. It would have been some atmosphere out on the roads.

That feeling starts to build at the pre-event tests. Funnily enough, I’ve never done that much testing in Wales. When I was with M-Sport, we’d use their own facility in Greystoke or even go up to Scotland, where the conditions were pretty representative.

I did a pre-event in Wales with Citroën and it actually felt quite strange to be there without the rally running.

How important is a GB test? A pre-event is important for every rally, but coming later in the season, you’re generally well up to speed with the car on gravel and it’s reasonably rare that you’ve got new parts you need to test. From that side, you could argue that it’s not vital.

And, to that end, it’s really important that your GB test is as close as possible to the start date. There’s no point testing for this one in September, when you could have had 20 degrees, sunshine and bone-dry roads, then you come to the event and it’s 15 degrees colder, muddy as hell and possibly even a bit of ice around.

Now I live outside of the UK, I’d definitely have taken the chance to stay over there and visit family and friends before the recce. Depending on whether or not we had a test straight afterwards, I’d probably have stayed on after the rally as well.

Elfyn and I would have met the day before the recce and, depending on the [recce] schedule, we’d probably have stayed out remotely and away from the event hotel in Deeside. We tend to recce the mid-Wales stages first, the ones furthest away.

You might wonder how important the recce is for an event that we both know pretty well now – it’s vital. Even if the route through the stages doesn’t change, the nature of the corners might have evolved in the last 12 months.

I’ve already talked about the potential for fog on this rally and that’s where a good recce really pays dividends.

When we’re out on the recce, we look for landmarks, reference points if you like, in the stages.

A great example of this would be a 5mph road sign in the windfarm on the top of Myherin.

We’ve come through some really fast parts, then we see the sign after a couple more quick corners we’re into heavy braking for a much slower left-hander.

The notes reference the sign and it’s just a trigger for Elfyn to remember the change of pace coming. It’s also useful for me to look up and see it – when you have a really fast section, it’s easy to be caught out wondering if you’ve missed a corner.

For example, if you have a corner that’s almost flat and Elfyn’s feeling more grip from the surface and confidence from the car and he takes that one flat, I’m subconsciously thinking: “Where was the lift? Did I miss something?”

Those landmarks can be vital at night or when the fog is swirling in.

For a co-driver it can be disorientating when the fog’s there and suddenly you can feel your driver lifting or even dropping a gear when you’re calling notes that are flat. You know the fog’s down and all you can do is keep reading and keep everything calm.

It’s the same when you’re in the dust. We had this in Turkey earlier this year, but Elfyn was great, he just kept everything neat and tidy. You have to just remind yourself all the time that the conditions are exactly the same for everybody.

On the odd occasion a corner has changed dramatically and the driver can see it on the approach, that can be tricky for a co-driver. Maybe a post or something that was on the inside of a corner on the recce has gone and suddenly Elfyn knows he can go through there a gear or two higher, that can be really off-putting and as a co-driver, you’re almost certain to be late with the next note.

You question yourself. You think: “Where’s that corner gone?”

When that happens, and you’re fractionally late, you’ll usually get a “Yep…” from the driver, which means: “Get on with it, next note please!”

Some drivers anticipate this. They know it’s going to happen, they can see the corner has opened up, and as they’re coming into it, they’ll give you the hurry up, you’ll maybe even get the “Yep” before – or in that corner. That’s good, you know what’s happened and you’re on with the next note.

Those high-speed sections of Rally GB are a real challenge when the weather’s constantly changing, no doubt about it.

But they’re also the reason I do this job.

We’ve talked about that road through the wind farm in Myherin; when you come over the top and start the downhill, it’s the best feeling. I’m calling notes, Elfyn’s doing his thing and we’re carrying unbelievable speed down this piece of road. Then you come to that right-hander with the run-off on the outside.

First time through maybe not, touch of left foot [on the brake], feel the grip…

Second run through, bang, nailed it.

Elfyn likes that stage, but his favorite, as we know, is Gartheiniog. I’m not so keen. That’s the place I had a big crash with Matt [Wilson] in 2005. I don’t think about it anymore, in fairness it was 15 years ago, so the memory has faded a bit.

But thanks for bringing it up again!

We don’t use the place where we went off competitively, it’s just a road section now.

I can understand why Elfyn likes the stage, it flows nicely, he knows it well and he takes good confidence in there. It’s nice to sit on the startline of that stage with him – there’s nothing different, of course there’s not, in the preparation or anything like that. But the rhythm’s good, the tempo’s up and he’s just really enjoying himself.

It’s quite like that on most of the stages. When you go to a new stage, there’s always more to do between the first and second pass. You want to check the notes again, if somebody’s had a problem, got a puncture or gone off in a new stage the first time through, you want to double-check your own notes for that place.

There wouldn’t have been much new stuff in Wales this week and that helps make for a slightly more relaxed rally.

Being at home in more familiar surroundings is always a little bit more relaxed though. You get to see your mates; we’d have gone past where some of Elfyn’s family and friends live and that’s always nice and a good boost.

It’s a toughie to miss this week and this opportunity. But we’ll be back. Back once we return to an ordinary world. 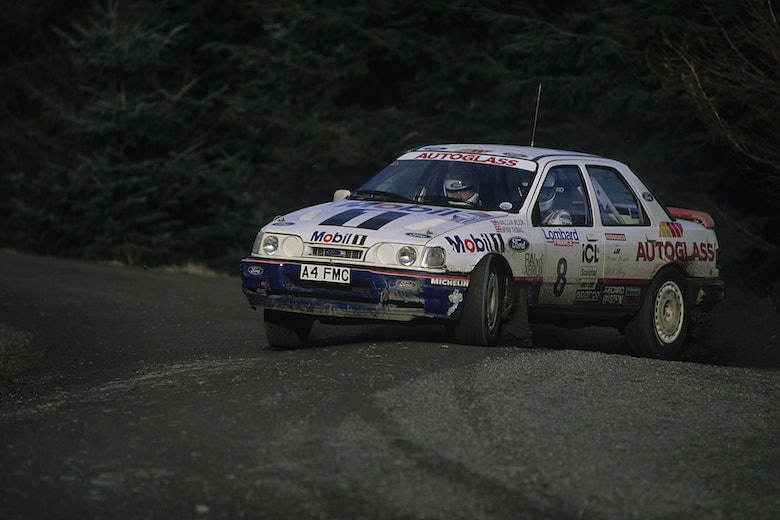 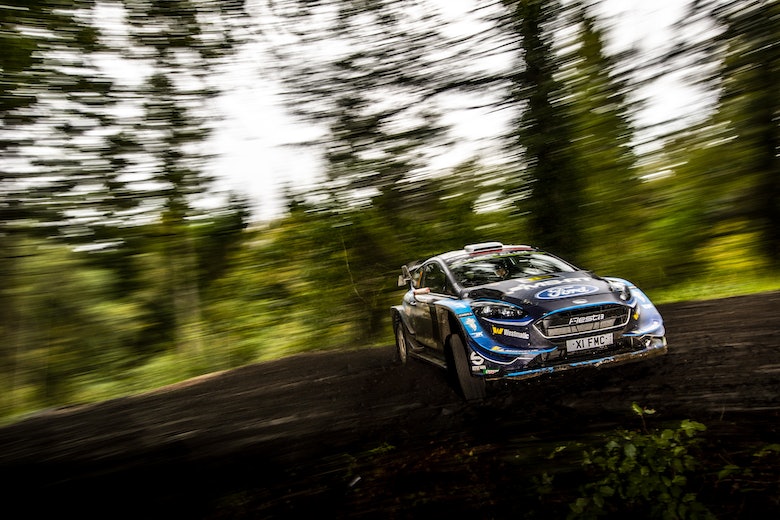 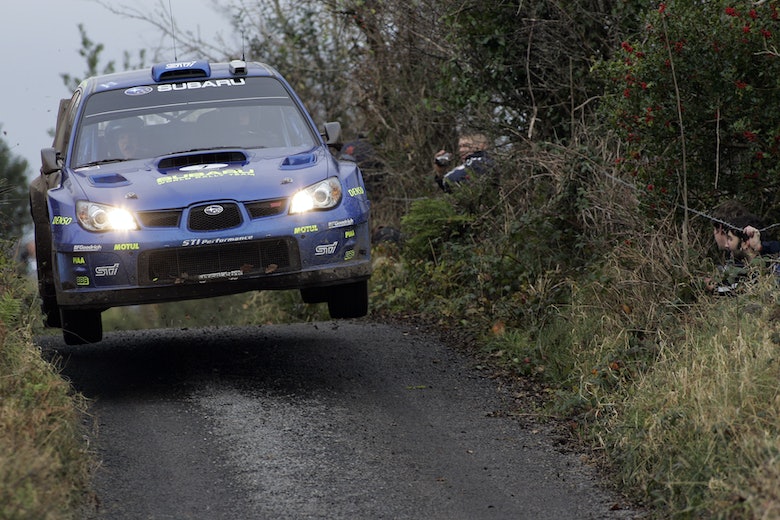