Last weekend, Stuart Loudon achieved a lifelong ambition by starting a round of the World Rally Championship in a World Rally Car. In this exclusive DirtFish column, he tells us all about it.

Thirty seconds. That’s when things changed. Sitting at the start of the opening stage of Rally Italy, I was nervous as hell. But when we had half a minute to go, everything clicked. I counted Gus Greensmith down: three, two, one, go… We were away. I was away. A lifetime ambition achieved – I’d started my first World Rally Championship round as a factory co-driver.

When Chris Patterson asked me if I could step in for him in Italy, I was desperate to say yes straight away. But I couldn’t. I work in a family business and I wanted to check with my grandfather first. I was starting to push my luck in terms of time away from Tunnock’s.

I’d already worked with Gus and Chris, doing their gravel notes in Croatia and then I’d been away for the whole week prior to Sardinia testing M-Sport’s [2022] car in Fontjoncouse.

“Stuart, this is what you’ve been working towards for your whole career – of course you have to do it!” was the response from my grandfather, so I have to start this by saying a very big thank you to him for letting me away from my job as transport manager at Tunnock’s.

Because I’d been in France with Matthew [Wilson] for the whole week, I didn’t land into Sardinia until half ten on the Sunday night. That wasn’t really ideal. In the evenings after testing with Matt, I’d been watching onboards from Sardinia and Gus, trying to get the lie of the land.

Before all the WRC rounds I’d done before, I’d also spent a long time going through the road book. You basically go through the junctions and just look out for the complicated ones, it’s a way of making sure there are no surprises on the day. I didn’t have time to do this and that was just feeding the nerves… 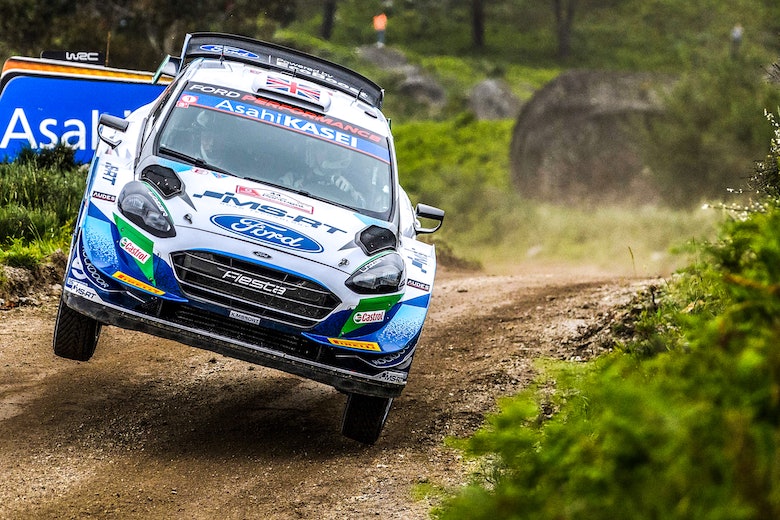 Once we got into the recce, everything felt normal. Gus is writing new notes for every round this year, so that made my job more straightforward: a clean sheet of paper.

Thursday morning, everything got a good bit more real. I was in a factory M-Sport Ford Fiesta WRC on my way to shakedown with Gus Greensmith. I think I was fairly quiet that morning, just head down and focused on what I was doing.

Definitely being in the car for the week before with Matthew was good preparation for Rally Italy. Fonjoncouse is hot, rough and bumpy, so pretty similar to the stages and the roads around Olbia. And running with Matthew was perfect, I’d been reading notes at a really high speed for a week. 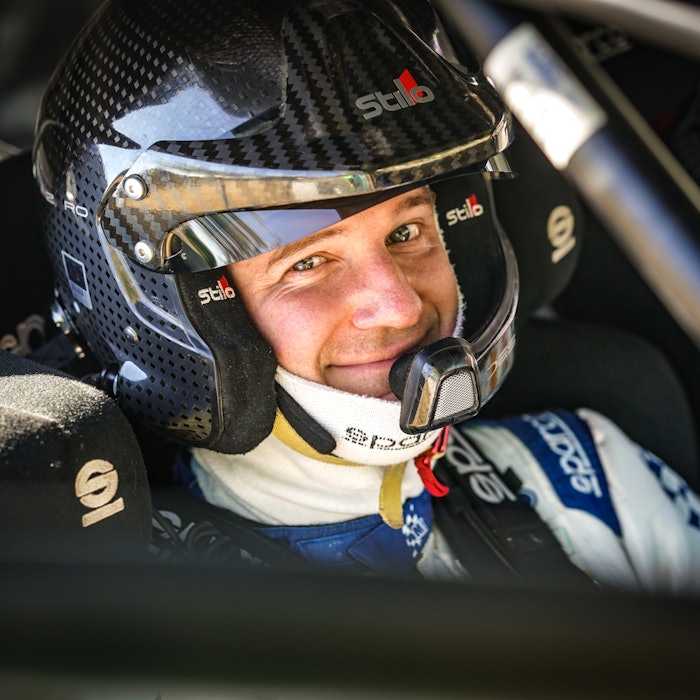 To have two seven-time world champions coming over and telling me it’s good to see me back and asking how I’m getting on, that really meant a lot

Like I said, once I counted Gus down to SS1, the nerves went and you just do what you do. I held my hand up at lunchtime on Friday and told Gus I didn’t feel I’d been on my a-game. If anything I was trying too hard to make sure everything was perfect. It wasn’t really flowing.

Gus was very, very good, telling me to take my time and everything would come.

What really hit me though, was the camaraderie among the crews and the other co-drivers. To have two seven-time world champions in Sébastien Ogier and Julien Ingrassia coming over and telling me it’s good to see me back and asking how I’m getting on, that really meant a lot.

I was telling Julien about struggling a wee bit on Friday morning and he said: “Look Stuart, you’re not a magician. You cannot be expected to jump straight into this car at this speed and do something – just do your best.”

That, along with some very encouraging words from Malcolm [Wilson] and Rich [Millener] really helped settle things down.

At the same time, I was very, very fortunate to have two of my best mates there with me. Scotty [Martin] and Dan [Barritt] might have been competitors in another team, but they were always checking everything was OK for me – co-drivers stick together and I really got that. Thanks to all of those guys.

From Friday lunchtime onwards, I just loved it. Absolutely loved it.

We came out of Monte Lerno and I said to Gus that I’d really enjoyed that one. The jump is fantastic – but so intimidating. I’d looked up from reading the notes as we approached it and you’re really preparing for take-off, it feels near vertical!

And then, way too quickly, it was Sunday afternoon and we were done.

I’ve hoped and dreamed of this chance for my whole career as a co-driver and the reality absolutely lived up to that. I have a lot of people to thank for the opportunity, beyond my grandfather! Thanks, of course, to Gus and the whole M-Sport team. And thanks to Chris [Patterson] as well.

I’ve worked with Gus for a few years now and I co-driving for him last week, I could really see the strides he’s made in terms of driving the car and dealing with the pressures. It was like sitting with a seasoned professional – it was fantastic to see. Congratulations to Gus and to Chris.

But have I ticked a box or fuelled the fire? Definitely fuelled the fire. If I were to get the chance, I’d be back in there in the blink of an eye – once I’d checked with my grandfather!