Belying his lack of experience in the Subaru, McRae hit the front on the fourth of 12 stages and would have walked away with his first outright win had it not been for the fifth-stage fuel pump failure.

Despite that mechanical problem, McRae was delighted with the day.

He told DirtFish: “I didn’t expect this at all. When I came back for the lunch service and people were telling me we’d set fastest times and fastest times by like nine seconds or something, I was just like: ‘No way!’

“We’d only driven the car briefly on Thursday before the start, but everything worked well from the start. I’d tested a Peugeot AP4 car earlier this year and that helped me quite a lot – it helped me understand the weight of the car and how to work with the traction we had. 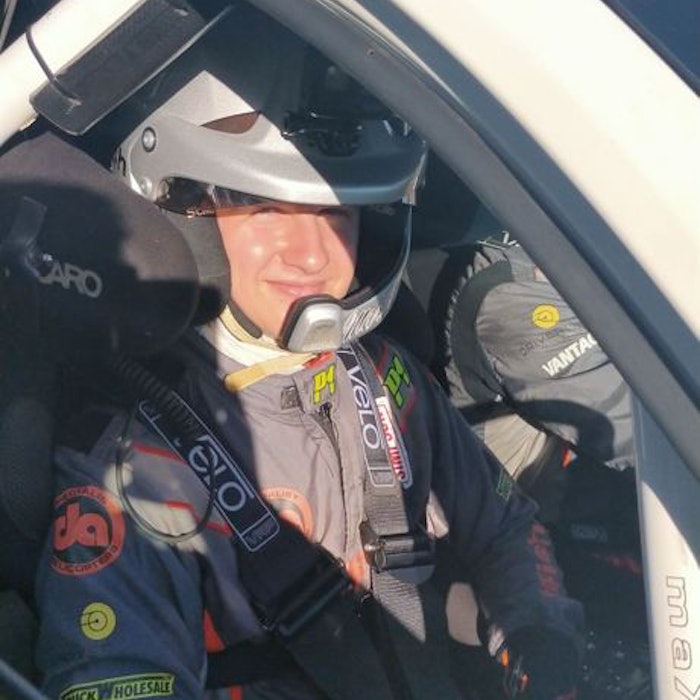 Coming over those finish lines, setting those times was just the best feeling in the world! Max McRae

“The fuel pump thing was pretty devastating. I felt the car start to spit a bit, I thought it was a misfire, so I turned off the anti-lag to stop sending so much fuel through. That got us another kilometer, but then it died going up the hill about 30 meters from the flying finish. It was so hard to sit there and watch all the other cars crossing the line.”

With the car recovered and McRae back out in the afternoon, he was untouchable through stages made famous by the Perth-based Rally Australia.

“We were allowed to continue with a five-minute penalty,” he said, “and through the afternoon we pushed quite hard. The notes, everything worked really well.

“We weren’t being stupid, when it was narrow between the trees we were quite safe, but where it was more open we went a bit harder. It’s amazing to think we would have been pretty dominant. 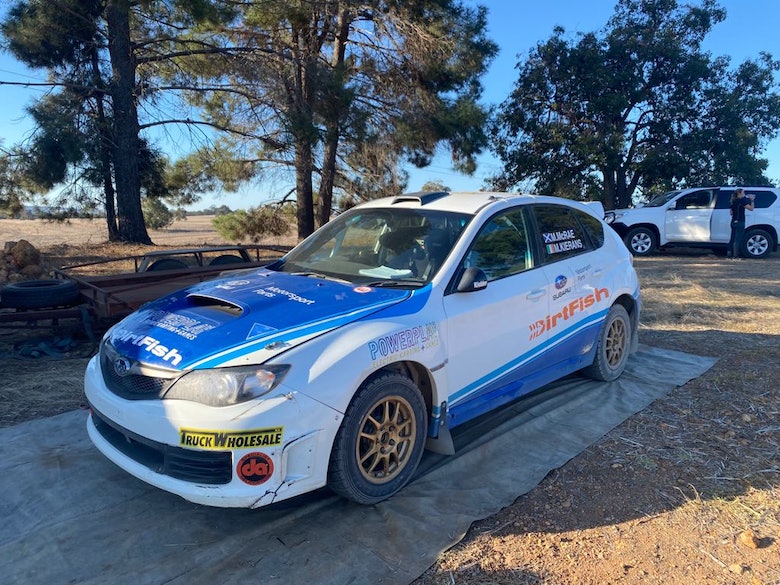 Find out how Max McRae was feeling ahead of the rally

McRae’s performance was even more remarkable given that he’d been so ill with appendicitis earlier in the year. Lying in his hospital bed, it was days like Saturday that helped get him through.

“It really shows that you can come back stronger,” he said. “Coming over those finish lines, setting those times was just the best feeling in the world!”

McRae’s father Alister was impressed with what he saw from the latest member of the Scottish dynasty to step aboard a Subaru.

“I kind of hoped he would be there or thereabouts,” said Alister, “but I didn’t expect this. It was really impressive. It wasn’t just the pace, but the way he got in there and went so quickly so consistently. And the way he dealt with the fuel pump problem was great – he brushed it off and got on with the afternoon.

“When you think he’d only done about 10 kilometers [six miles] in a Peugeot AP4 car before the event – and that was the sum total of his four-wheel-drive experience… that was pretty impressive, especially that time in the last stage.

“It was dusk and there was a lot of dust about, but he still went 21s faster than anybody – I think it’s those young eyes, they’re able to see through the dust! It’s going to be hard work getting him back into the Fiesta now!”

McRae Jr is scheduled to spend the season in a Fiesta R2 recently purchased from Spain. He was only in the hired Impreza because the Fiesta’s arrival into Australia was delayed.

“Honestly,” said Max, “the Subaru has been amazing, but I just can’t wait to get in the Fiesta as well. It’s going to be a quick car and driving it is going to be fantastic.”