It’s June 2015. Estonia’s Under 17 national soccer team has faced off against Latvia in a friendly tournament. A win and a draw in the bank and 79 minutes to his name for the national side, one of the young midfielders is due for a meeting with the coach, Lars Hopp.

That 15-year-old is about to make a brave call that’ll change his life – not knowing it’ll take another seven years for his decision to finally pay dividends.

“I realized football [soccer] isn’t for me. For some reason, I don’t know why, but it wasn’t for me. I said that motorsport is really my passion and I want to focus on that. So I gave up football on a professional level.”

This is Romet Jürgenson. He’d risen through the ranks at Estonian top division side Paide. But he chose to rise no further. The heart wants what the heart wants, and in Jürgenson’s case, it wanted rallying. 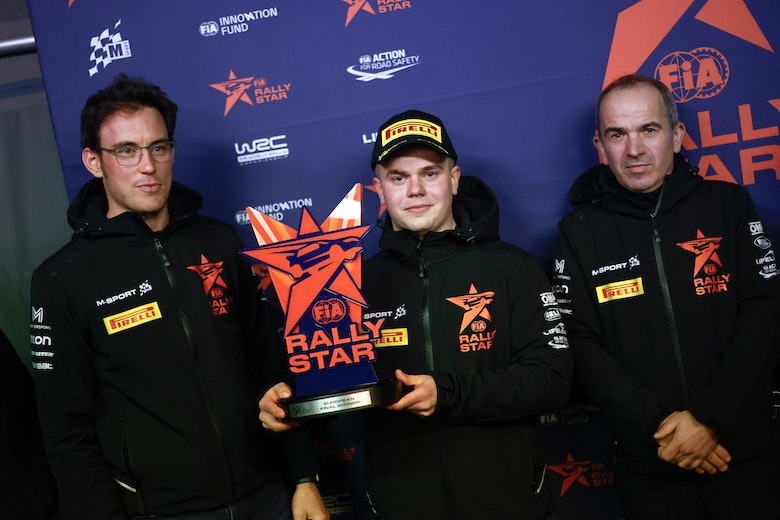 Fast forward six years and the picture is different – but that picture still has no rallying in it. Rather, he’s studying law at university.

It took a groundbreaking new initiative from the FIA but Jürgenson is now finally achieving his dream. He’s just taken a life-changing step by winning last week’s Rally Star European final, guaranteeing him six rallies in an M-Sport Poland-run Fiesta Rally3 in 2023 and a chance to earn a paid-for Junior WRC drive in 2024 on merit.

It’s the day after his prize-winning victory by the time DirtFish speaks to him. Was one sleep enough to absorb how the trajectory of his life has changed in the previous three days?

“Not yet. It’s still too early. It’s crazy. I’m a bit speechless to be honest.”

Crazy is right. This was not a driver who was competing regularly. Not anymore. Those days had already been and gone. Unlike the majority of drivers who’d made it all the way to the final 12 – people like Tommi Hallman, Isak Reiersen and Patrik Hallberg, who all starred across various classes in RallyX Nordic last year, for example – Jürgenson had already given up driving.

He’d started young. Very young. Jürgenson had driven motocross bikes since he was five. And after deciding soccer wasn’t for him, he shifted across to folk rally driving a BMW 318 to an Under 18s category title. But when it became clear he had no money to aim higher and progress to national level, he switched seats.

“It was 2019 when I realized I didn’t have the budget for real rally, basically,” Jürgenson explains.

“One of my friends who also drove a folk rally car, Jaspar Vaher, has really high potential to be a champion and is also from Estonia – he just won the Otepää Sprint Rally in his class [this year]. He actually invited me to co-drive him in a folk sprint event and I realized ‘oh, this is also fun. Maybe it’s the co-driving that I should try to pursue’.

“But I soon realized that it still isn’t for me. It’s the driving I enjoy the most and what I’m best at.”

A single tweet proved to be the turning point. Yves Matton, then FIA rally director, had unveiled the Rally Star program. Some drivers completed slalom challenges, others were given wildcards by their motorsport federations.

But Jürgenson parked himself in front of a games console for weekends on end, trying to qualify. And as had been the case when he was behind a real steering wheel, there was no cutting-edge tech for him. Relying on a well-worn Logitech G27 with a dodgy paddle-shift got him through the qualifiers and a ticket for the Estering finals. Even if it took 11 attempts.

This was no pick-up and play job. He took it seriously. So seriously that he needed to fire up Microsoft Office. He spent almost as much time analyzing his driving as he did setting times. WRC9 was anything but a game for Jürgenson. 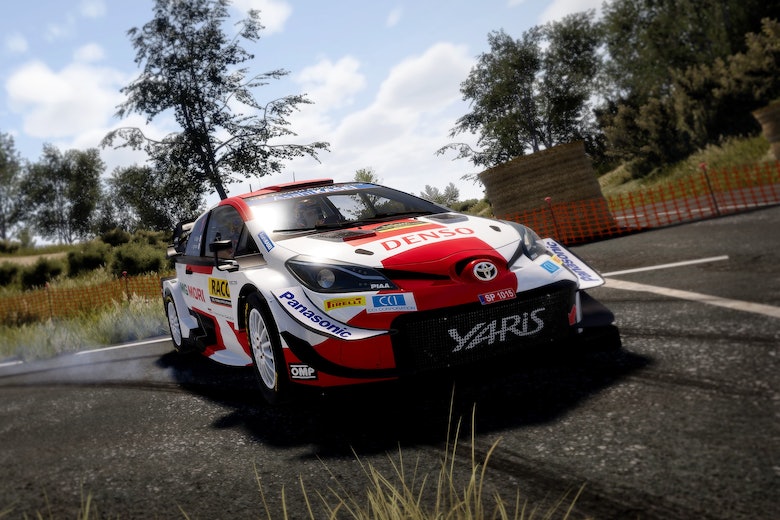 “I set benchmarks, like a tree [at the side of the road] and I made a split time from there, compared those splits and tried to improve, see where I’m fast and not so fast.

“For example, I would do 10 runs, then compare my splits, tried to improve, then did 20 runs again, tried to see if I’d improved, took the splits and compared them again. Eventually I was up to speed and then I had the five final runs to really go for it.”

Fast forward to January 2022 and terrible weather at Estering was playing havoc with the drivers who had progressed to stage two of the European finals.

Tricky conditions were forcing driver errors to the point that proceedings were postponed to the next day, due to multiple shunts for the LifeLive TN5 karts being used for final assessment.

As others struggled, Jürgenson thrived. He’d only been fourth fastest in stage one. But from that moment onward he wasn’t beaten on pace again.

“What really played to my advantage was the weather conditions were really different and a lot of drivers were only able to drive fast in certain conditions, either dry or wet. But we had it all. It was wet gravel, wet Tarmac, dry gravel, all of this.

That level of comfort showed not only in the stage times but his car control. Thierry Neuville, one of the judges, was clearly impressed.

“I spoke to Thierry on Sunday evening and he said that they were the most impressed about my driving style. There are buildings where you can see the whole track and they looked at my driving style, how I hit the apexes and so on, and I think they were impressed by that.”

It’s easy to see why. Jürgenson had been kissing apexes perfectly for years – it’s just the right people weren’t around to see it.

Among the tens of thousands of random onboard videos on YouTube is one from Romet himself at the Haapsalu rally sprint event a few years ago. Just before the half-minute mark is a glimpse into his potential: he masterfully handles two surface changes while managing weight transfer at speed, as he deftly grazes track markers on his way through. It squirms on him at the second surface transition but he wrestles it back into control and still neatly hits the next apex. He went fastest, of course.

There were many drivers on the Rally Star entry list that this writer had heard of. From the best drivers Scandinavia has to offer to Esports champions in iRacing and DiRT Rally, there were plenty of drivers who’d established themselves already and were looking to Rally Star to supercharge their climb up the ladder.

My three picks back on Friday morning – Hallman, Reiersen and Hallberg – all made the final shootout. Hallberg even made it as runner-up. But I’m glad all my picks were wrong because this is a much better story. Romet Jürgenson was not on my radar – and unless you’re a diehard Estonian rallying fan, he probably wasn’t on yours either.

That’s what’s great. And that’s why Rally Star has already gone some way to proving its worth. Jürgenson wasn’t an active driver looking for another step – his career as a driver was already finished. Now he’s suddenly been given a second chance out of nowhere.

He’ll have to wait for that second chance, though. His M-Sport program won’t start until 2023. It’s a long wait, so his law degree can be finished off in the meantime.

I ask him what type of law he wants to specialize in after his bachelors’ degree is finished – it’s a wide field of study with a lot of career choices.

“Let’s see. After that I hope that I’m somewhere else, doing something else.”

Of course. Stupid question. He played soccer at national team level but quit because he loved rallying more. Now his second career might be over, ruined once again by the allure of rallying.