He has become the biggest star in Australian Supercars, and now Shane van Gisbergen is taking on the country’s rallying scene as he will debut in the Australian Rally Championship next month.

New Zealander van Gisbergen has two Supercars titles and has also won Australia’s most famous race, the Bathurst 1000, and the six and 12-hour enduros at the fearsome Mount Panorama circuit. Over in Europe he’s been a sportscar champion too, and teased his off-road potential in 2020 with a dominant appearance in the World Rallycross Esports series.

At the end of that year he made his rallying debut on home turf, whipping around a Ford Escort Mk2 to success on City of Auckland Rally which used much of New Zealand’s proposed World Rally Championship event route. He also did The Battle of Jacks Ridge shootout in a AP4-spec Mitsubishi Mirage and won that too. 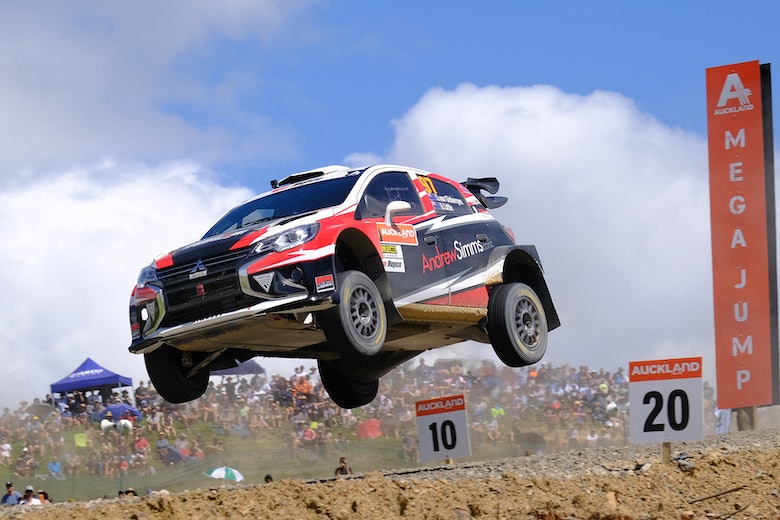 The Supercars star who won twice on his rallying debut

After a busy Supercars season he now returns to the loose on the Netier National Capital Rally on April 1-3. Van Gisbergen, still massively inexperienced in rallying, will pilot a Škoda Fabia R5 which could put him in contention for the overall win.

He will test drive his Red Bull-liveried car for the first time this week on roads in the Canberra region relevant to the rally, and will be co-driven by Glen Weston who has a raft of success in the ARC.

“The livery looks amazing and the car is ready to go so I can’t wait to get behind the wheel at the pre-season test day in Canberra on Tuesday,” said van Gisbergen.

“The test day tomorrow will be one that is particularly important for me, and I will take every opportunity to learn the car and the Canberra roads. It will also be a great opportunity to work alongside Glen who has a lot of experience in the Australian Championship and in Canberra.

“I can’t wait to get out there as we prepare for the Netier National Capital Rally in April.”

ARC organizer Motorsport Australia is already seeing an increase in rallying interest off the back of van Gisbergen’s entry.

“With Shane competing in round one, we can certainly expect plenty of attention to be focused on Canberra both during and in the lead up to this event which is a positive for all competitors, ARC partners and most importantly, rally fans,” said Motorsport Australia motorsport and commercial operations Michael Smith.

“In speaking to competitors, we know they are excited too and will no doubt give crews an extra bit of motivation to perform strongly in Canberra. I think everyone would agree the car looks amazing and we are pleased to be welcoming Shane to the ARC in 2022.”

What will the new era of the ERC bring?