This week the European Rally Championship undergoes one of its biggest transformations since the end of the Intercontinental Rally Challenge era and the switch from Super 2000 to R5 cars. A new promoter is in charge – WRC Promoter, no less – and the changes have already begun.

With a new promoter comes a new championship manager. Iain Campbell, who previously held a similar role for the British Rally Championship and has also been clerk of the course on Rally GB in years past, took the reins in January in place of Eurosport Events’ Jean-Baptiste Ley.

It’s more evolution than revolution for the ERC in its first year under new management. As WRC Promoter did when taking over the World Rallycross Championship last year, it’s kept the calendar it inherited from the previous promoter – minus Hungary, which received a ‘blue card’ for repeated safety violations and has been benched by the FIA until further notice. 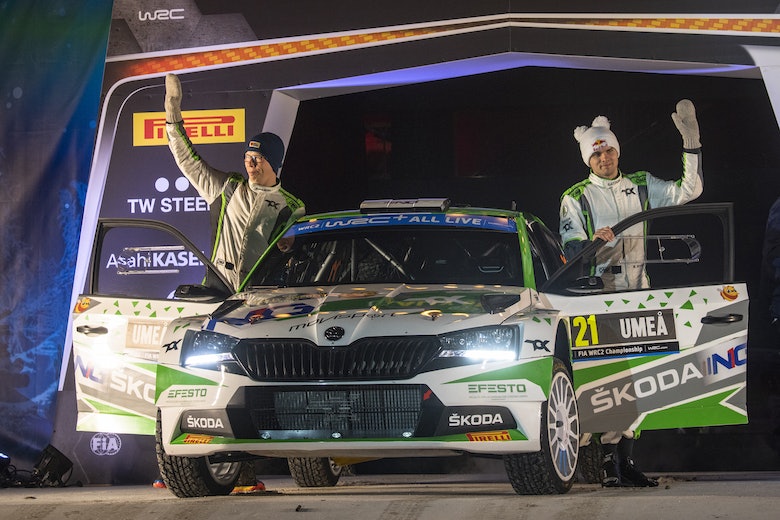 That’s not to say there aren’t changes for 2022, though. There have been some important tweaks. And those tweaks look positive on the surface, erasing some of the bizarre quirks of the old ERC setup.

Here’s the thing: journalists are writers, not mathematicians. We hate figuring out points. And calculating points was a nightmare in the Eurosport days. But now the infamous leg points system – where the fastest driver in each leg got seven bonus points, second-fastest was awarded six, and so on until seventh place – is gone.

“I didn’t want to work with it; it would hurt my head,” Campbell tells DirtFish. “How you tell a story around it is beyond me altogether.”

Indeed it was a nightmare. A highly controversial finish to the 2019 ERC3 Junior title race was settled on leg points during Barum Rally Zlín; there was even a potential scenario where the super-rallying Petr Semerád down in 14th could decide whether Efrén Llarena or Ken Torn would secure the title, as he threatened to take leg points off Ford driver Torn (Llarena eventually won).

Instead, it’s been replaced with a copy-paste of the WRC powerstage system. Given ERC will be broadcast live on both WRC+ and many of the same TV broadcasters that hold the WRC rights, that’s great news for fans who might be discovering ERC for the first time on this weekend’s Rally Serras de Fafe.

Some overlap between ERC and WRC will certainly be useful – a regional series acting as a feeder competition for the world championship is inherently logical. But what’s also clear is that WRC Promoter isn’t looking to rip up the script completely and revamp the series’ DNA from scratch.

“ERC has been successful over the last nine years with Eurosport,” says Campbell. “Yes, we have the same cars [as WRC2] in that we have the Rally2s. We’ve got a different class structure for the Juniors because we’ve got two-wheel-drive cars, so that’s automatically giving a feeder series into Junior WRC with them being Rally3.”

There’s also a somewhat unusual dynamic in ERC, in that the field is often split into two different types of driver. The majority of ERC rounds are also events that make up part of the host nation’s domestic championship, meaning that the season regulars going for overall glory usually have their hands full with rapid national drivers in the same type of car.

While that does sometimes make it hard to follow the championship battle clearly, it does provide a different character to events than in the WRC – something Campbell plans to keep.

“[There are] ambitious people who want to do the championship to be European Rally Champion; you get the local hotshots, superstars and heroes that want to come along to contest and show themselves against the cream of Europe. It’s more of a customer championship and it’s guys that are doing… some of the ones that are not maybe at the sharp end of it but they’re doing it because it’s their sport; it’s their fun and their investment from there.” 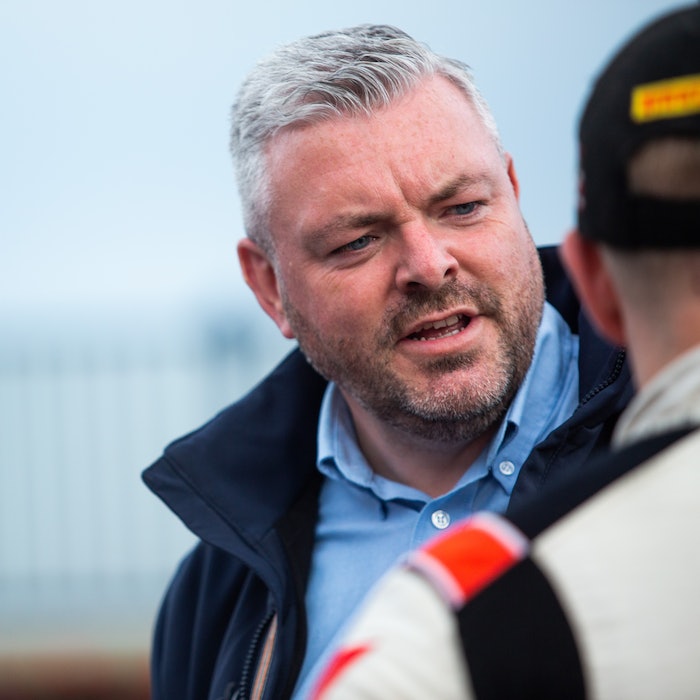 We've got a couple of events that we're looking at that we're in discussion with. We are well down the road with one event in particular Iain Campbell on what the eighth event in 2022 could be

There are also going to be rallies currently on the WRC schedule appearing in ERC in the future. It’s not clear which ones, or when, but a rotating promotion/relegation system remains in the works. Barum Rally Zlín had been an option to join the WRC this year before Ypres bagged the slot. But as Campbell points out, that’s also potentially beneficial for the drivers in ERC.

“From an event perspective, as a promoter, we’ve not made any secret that we’re looking at different rotation systems for events,” he says. “So it could be that an event is with the ERC for a couple of years and then joins WRC, and then comes back to join ERC thereafter. That also then gives the competitors who are doing ERC experience of being on these events if they’re wanting to step up to WRC as well.”

Hungary’s ‘blue card’ means there’s still one vacant slot on the 2022 calendar. Campbell’s keeping his cards close to his chest on what might replace it. Whether that replacement will result in an overall 50:50 split of asphalt and gravel across the season isn’t clear yet – “I don’t know whether we’ll be doing that or not,” says Campbell – but a deal for a Hungary replacement may not be far off.

“We’ve got a couple of events that we’re looking at that we’re in discussion with. We are well down the road with one event in particular and hopefully, with everything going correctly, we’ll be in a position to announce that in the near future.”

Where might that event be located? Campbell is going to keep us guessing for now. But wherever it is, it sounds like it might be a very long plane ride from WRC Promoter headquarters in Munich.

“I’m finding, having been to Azores, that Europe is an awful lot bigger than I thought it was,” Campbell quipped.

Overall, the initial signs as ERC’s new era kicks off are good; there are plenty of additional common-sense tweaks beyond binning leg points. Tire warming zones can now be added to itineraries, which should help stop the litany of fines for weaving on public roads handed out like free candy on ERC rallies in years past. And only Rally2 cars will take to the qualifying stage that sets road order for the first leg – not the entire field as in the past.

But not every remnant of the Eurosport era is gone. Former FIA rally director Yves Matton’s vision for the ERC was quite clear when a global rallying structure document was unveiled showing WRC and ERC side-by-side – the old ERC2 class for production cars would be no more and the Mitsubishi Lancers and Rally2 Kit cars would finally be killed off for good.

That hasn’t stuck, though.

“The other thing we’ve opened is a class called ERC Open, which was to let the Rally2 Kit cars come out and play because they didn’t have somewhere for a while,” explains Campbell. “They weren’t going to get out in the championship, so we did a bit of work on that.”

So the ORECA-based kit cars have survived in ERC. For now. But they’re on borrowed time. ERC3 appears destined to be the main feeder series for the top-level Rally2s at continental level in the long term – that’s the vision the FIA has been pushing. And with Renault arriving on the scene with a new car next year, it is surely a matter of time before Rally2 Kit cars finally disappear from the ERC.

Partially open tire competition will also remain in the ERC, unlike the WRC with its control tire system. That’s a whole subject on its own though – so look out for more on that later this week on DirtFish. As for who Campbell thinks will be the favorite to win the ERC title – you’ll find that out right here in the near future too.