“I absolutely love rallying and I’d love to be doing it professionally but the reality is you’ve still got to enjoy it. So if you can be rallying with your best friend, it’s a pretty special thing to be doing.”

Emma Gilmour is speaking to DirtFish in the midst of a pretty perfect week. Her big move to McLaren’s Extreme E team is set to be announced in just over 24 hours, and a couple of days earlier she was driving a Rally2 car for the very first time on the penultimate round of the British Rally Championship.

It can’t be disputed that she was delighted to become the first female to sign for McLaren, but if anything her experience on the Cambrian Rally in Wales etched an even bigger smile onto her face.

Plenty was new, but the voice in her ears was one of familiarity. One that made her feel at home – quite literally these days. 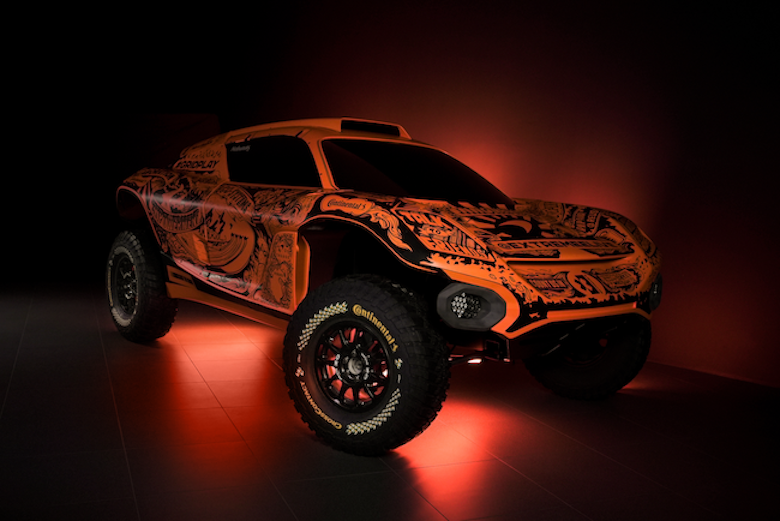 The driver taking McLaren back to the future

Gilmour and Claire Mole may come from opposite corners of the world (New Zealand and Scotland) and may have only done eight rallies together, but there are few bonds like theirs across the world of rallying.

“We think alike, I think we’ve got the same values about things and we’re quite in-tune with each other in the car. We don’t really need to tell each other what we’re thinking, it just works, it’s easy,” Mole tells DirtFish.

“It didn’t feel wrong, it just felt like we’d maybe done one a couple of weeks ago. I was totally relaxed, I think she’s a great driver. I never felt nervous, it just felt normal.”

Part of that normal feeling may be rooted in the fact Gilmour and Mole have been living together in the Scottish Borders since the start of September. 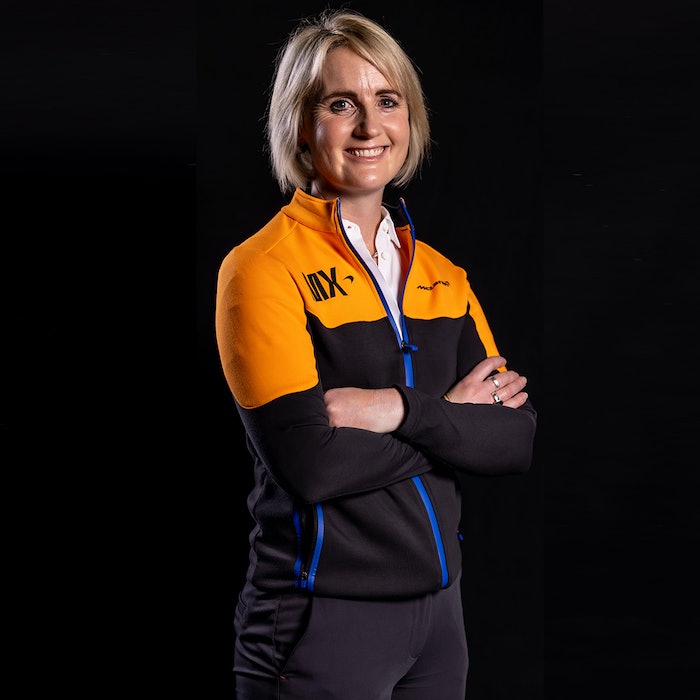 Current New Zealand law prohibits somebody returning home after leaving the country, which Gilmour has had to do to compete in the last two Extreme E events for Veloce Racing. She’s therefore been staying at the Mole residence – and loving it.

“It’s a bit scary actually how easily we’ve slotted into living together and doing everything together so I’m going to really miss her when I head home to New Zealand.”

That feeling is mutual.

“We all get on grand, she seems quite settled,” says Mole. “I’m going to miss her when she goes. It’s going to be horrible. And definitely Mavis my sausage dog, she’ll miss her.”

However both Gilmour and Mole are massive rally nuts, so as much as they’ve enjoyed spending time together in a more casual setting it was almost inevitable that with Gilmour spending so much time in the UK, the pair would be zipping up their race suits at some point.

“I went to the Galloway Hills Rally where Michael [Binnie] was competing with Claire so I was watching that, and I guess we were just discussing in passing how much it would cost to hire an R5 car to do a rally and I sort of thought ‘I know how much it costs me to run my car back home in New Zealand’ and I thought ‘that’s reasonable,’” explains Gilmour.

“And I thought ‘I’m never going to have the time or the opportunity to hire an R5 car like I have here’ and obviously the R5 car’s the next-best thing to a World Rally Car. It was an idea that got some legs.

“It was on my birthday when I pushed go on the order on the online shopping cart. So it was a birthday present to myself, and once I sort of committed to doing it my big, long-term sponsor in New Zealand – Vantage windows and doors – said they’d support me towards it so that was a nice thing, I hadn’t banked on that happening.

“I really enjoyed it. The car was just fantastic.

“It was a pretty challenging event to do, not helped by the fact we didn’t get to do a recce [as the recce car broke down] and torrential rain building up to the event so the roads were pretty treacherous, but I still absolutely loved the experience, it was amazing.”

Despite the unwanted hurdle of having to write pacenotes from a DVD in a hotel room instead of seeing the roads themselves, and the unfamiliarity of the car, the pair recorded 12th place overall. 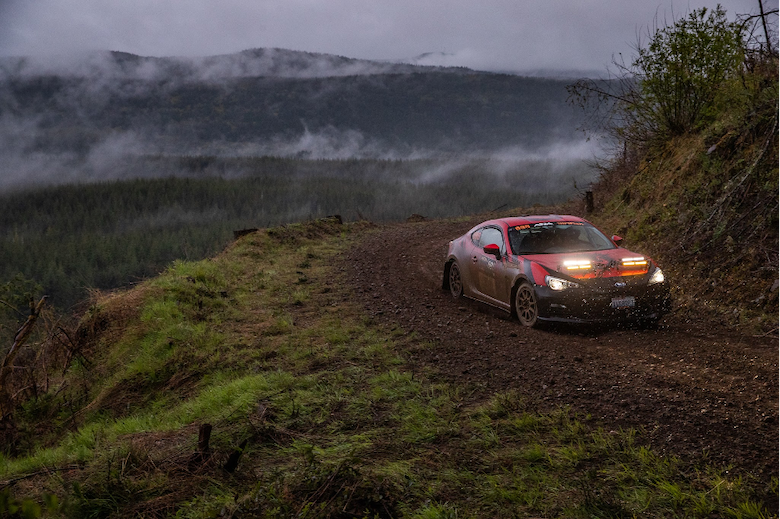 The WRC video that started a rally love affair

“I know that if I got in the car now for an event this weekend we’d be so much quicker already because we’re comfortable and familiar with the car.”

It’s unusual for Gilmour to find herself on the back foot in rallying. Growing up “just always around cars” Gilmour’s first love was horse-riding – competing into her twenties – but her sister and cousin rallied and as soon as Gilmour had a shot behind the wheel, she was hooked.

“It was just like a duck to water,” she remembers. “No buzz comes close, still to this day.”

Like the women who have made it easier for us, I hope we’re doing the same for the next generation behind us too Emma Gilmour on female participation in motorsport

It’s never been ruined by lazy stereotypes or condescending remarks either. Gender equality in motorsport is a growing topic with the advent of both W Series and the Extreme E series – which Gilmour is only going to become more prominent in with her McLaren deal – aiming to shine a light on female participation in racing.

But Gilmour has never felt disadvantaged – or disrespected – as a female in rallying.

“It’s really interesting because I came from horse riding. For me, I never saw the gender thing,” she assures DirtFish.

“In horse riding you compete against boys and girls, it’s not gender specific, so I never really saw it as that big a deal. If you want to give something a go, give it a go.”

Asked if she ever felt she’d been treated differently in motorsport because of her gender, Gilmour replies: “In some ways I think it’s more difficult for the men to know how to treat you.

“What I mean by that is earlier in my career, the guys I’d be competing against would all be similar skill level but they probably didn’t care who they got beaten by as long as they didn’t get beaten by the girl.

“And then I suppose as I became more established I don’t think people judged that anymore, I am just a competitor.

“I think maybe that is also changing, the fact that I have been near the top of the sport for so long in New Zealand, that means for the girls coming in it shouldn’t be a big deal.

“You sort of hope that like the women who have paved the way before us and made it easier for us, we’re doing the same for the next generation behind us too.”

Mole has been co-driving since the 1990s, when the world and the core values of society were perhaps a bit different to what they are today. But she’s never found that she’s had to work hard to convince others of her talent or justify her place in the sport at any point in her career.

“Girls just don’t seem to come through the ranks [as much as boys] and I don’t know why,” Mole wonders.

“We laughed on the road section back to the finish [last weekend] and she [Gilmour] said ‘I hope we haven’t won the f****** ladies’ trophy.’ And I said I’m hoping there’s not one because neither of us want that. Why have it?

“Sometimes it’s an award like the Susan Cameron Award [for the] highest placed female co-driver and I get that because it keeps her memory alive but on the flip side there’s not really a need for a ladies’ prize.”

It’s a compelling argument, and it’s proof that more can still be done to make sure there is absolutely no prejudice in any segment of rallying. To extend the point, Mole doesn’t believe many would stop and think “‘oh my God there’s a girl in that car’ but I do think last weekend a few people have thought ‘bloody hell there’s two girls in that car.’

“I think that was a bit of an eye-opener for some people and even some of my nearest and dearest I think we shocked,” Mole adds.

These outdated viewpoints however don’t represent the majority. Gilmour’s testimony confirms that, and she’s delighted to be at the forefront of promoting the issue through her Extreme E endeavours.

“It’s amazing for women in motorsport to have this opportunity [in XE] because it’s basically opening a doorway to show the next generation or the younger women coming up that there is a way there that you can be professional in the sport,” Gilmour argues.

“It is difficult whatever kind of motorsport you choose to be able to do it professionally, but I think to have women being up there amongst all the world champions and the people at the top of their game, it’s just a wonderful profile for women and what we’re capable of.”

The hope is that sooner rather than later, we will reach a point where this isn’t even a conversation anymore. But it’s hugely encouraging to see this female partnership blossom – and not as some token gesture but because Gilmour and Mole make a fabulous team.

We can only hope that last weekend’s Cambrian isn’t the last instalment of their rallying adventure.

“We left that big space on the bonnet [hood] hoping somebody rich would come along and think ‘ooh I’ll put my name on there.’ So we’re still waiting,” Mole smiles.

“Unless Santa brings something… but you never know.”