With a little over two weeks to go until Monza Rally is set to hold the World Rally Championship’s season finale, an important indicator of its chances of going ahead has been completed without issue. At least, without issues after Giandomenico Basso led the field away on Saturday morning.

Before that, the realities of hosting a rally in one of Italy’s ‘red zones’ nearly stopped the country from getting the season finale in for its own national rally championship, which in turn would naturally have raised red flags over Monza’s hopes.

Andrea Crugnola had started his Italian championship campaign in the worst way imaginable by crashing out on the very first stage of the season, Rally di Roma’s now-infamous Pico stage. His season ended in the polar opposite fashion, beating Basso to the title as his esteemed rival had a final stage of the season to forget.

Being four points in arrears to Basso heading to Tuscan Rewind, Crugnola needed the rally to go ahead to even have a shot at usurping the two-time European and three-time Italian champion. But the start of rally week presented the most unusual of issues.

There was the somewhat predictable cancellation of the pre-event test, which wasn’t allowed per government rules as it wouldn’t be considered part of the officially-sanctioned sporting event itself. The more concerning twist of fate was in the service park. Or rather, outside it.

The organizers found themselves facing off against a mayor who didn’t want to play ball. Buonconvento, which had hosted the rally’s service park for the previous two years, was suddenly closed for rally business, and the event was left without a service park or regroup area only a few days short of the rally taking place.

It was a bizarre situation but, to the organizers’ credit, they found a quick solution, relocating half an hour up the road to a karting circuit on the outskirts of Siena. While the Historic section was called off at late notice, the main event had survived a last-minute panic. Disaster had been averted and, by Saturday, question marks over the event’s viability were forgotten as Basso and Crugnola went head-to-head in a tight title fight.

A scintillating battle had played out on Rally Due Valli, the penultimate round of the season, when Basso and Crugnola had traded tenths of a second on each stage before both eventually retired, with a slide off into a ditch claiming Crugnola and Basso ripping a wheel off two stages later, effectively resetting their title battle for Tuscan Rewind.

It wasn’t so close this time. Basso, completely lost for feeling with his Volkswagen Polo GTI R5, couldn’t match Crugnola’s pace and dropped around 15 seconds with a spin on stage two.

By the end of the second of the rally’s three loops, Basso had effectively conceded defeat, admitting that Crugnola “was almost impossible to catch” as the gap had crept up to 24.9s.

Crugnola though was somewhat lucky, as an interloper at the top of the times would have caused him some points-related headaches had WRC2 regular Marco Bulacia been eligible for points.

Bulacia was in a title fight of his own, with a chance to beat 11-time Italian Rally Champion Paolo Andreucci and former M-Sport driver Simone Campedelli to the Italian Gravel trophy. His battle ended early, as Campedelli went off the road on the second pass of Castiglion del Bosco, giving him the freedom to dictate his own pace and pull well clear of the final Gravel contender, Giacomo Costenaro.

Had Bulacia been eligible for points, Crugnola would have been in trouble; the points gap between second and third wouldn’t have been sufficient for the Citroën C3 R5 driver to pip Basso, and he’d suddenly have found himself needing to put it all on the line.

Instead, Crugnola was able to take his foot off the gas somewhat during the final loop, allowing Bulacia to retake the rally lead. Basso had climbed from eighth to third after his early morning spin but simply didn’t have the pace to gain more than a second or two on each stage, even when Crugnola was in cruise mode.

The final championship points will show Crugnola won the title by a healthy margin of 18.5 points. In truth, it would’ve been half a point, but for an unusual bookending to the season.

Just as the wheels looked to have come off Crugnola’s title hopes on the first stage of the season back in Rome, Basso’s campaign ended several kilometers early with a wheel coming off.

Bulacia went on to win the rally and with it the Italian Gravel title, his commanding performance both deserving of and an essential requirement for beating Andreucci to the crown.

Crugnola picked up second place, 13.5s adrift of Bulacia but well ahead of Alberto Battistolli in third. Jean-Baptiste Franceschi had looked to be a second interloper in the lead battle, reducing the lead gap down to only five seconds after a stage win on SS6. But a puncture on the next test cost him 40s, leaving him to settle for fourth ahead of Costenaro and motocross legend Tony Cairoli.

ERC regular Emil Lindholm was on duty with Team MRF in Tuscany, though his hopes of a podium were over before they started. A bolt coming off the front-right track control arm of his Škoda Fabia R5 left him struggling on SS6, then a puncture on SS7 – the same as Franceschi – dropped him to 10th. He eventually recovered to eighth place.

In the end, Crugnola and Bulacia weren’t the only people to score important victories in Tuscany. Automobile Club d’Italia is likely feeling some relief that a big test of Monza Rally’s viability passed. Not with flying colours, but with a pass mark nonetheless.

Despite the looming uncertainty at the start of the week everything went mostly to plan, with Lindholm commenting that the restrictions were similar to those he’d encountered on his ERC outings during the second half of 2020.

“In the end it wasn’t that different,” Lindholm told DirtFish.

“When we travelled here on Tuesday we wondered ‘will the rally go ahead at all? Will be we travelling back home in a few days?’

“But they finally got it sorted and moved the service park. Basically the whole itinerary was run as it was planned, so I think the organizers did a good job.”

There were some odd moments and stressful communications from the organizers, usually in all-caps, metaphorically shouting at people. Those messages ranged from chastising those suggesting the event was risking cancellation – in the current ‘second wave’ period of the COVID-19 pandemic, no rally is safe – to begging crews not to relocate en-masse to hotels located near the new service park outside Siena, which would’ve put it up against a local authority that had just been turned into a red zone by federal government.

And while the rally got underway to alleviate all those concerns, positive news was coming from the government too. Roberto Speranza, Italian Health Minister, provided hope Lombardy – host region of Monza Rally – was about to move from a ‘red zone’ to an ‘orange zone’.

“The regions that have been showing improving numbers for a fortnight now will be able to switch from the red to the orange band on November 27, but we will also decide together with them and on the basis of a careful evaluation of the data,” said Speranza in a statement on Friday. According to La Stampa, Lombardy is one of the three regions in that group.

While the rules of running a professional sporting event in Italy don’t currently differ between orange and red zones, the optics do. The idea of running a WRC round as COVID-19 cases trended rapidly upwards forced Ypres organizers to a cliff-edge, from which they elected to jump before they were pushed. Insisting the event would run at all costs would have been a bad look. But Monza Rally may well end up running at a time when cases are going down, not up, giving ACI and WRC Promoter some room to maneuver.

Bulacia won the rally and Crugnola won the title in Tuscany. But the WRC may well have taken an important victory too, one that keeps its hopes alive for a final round in Monza. 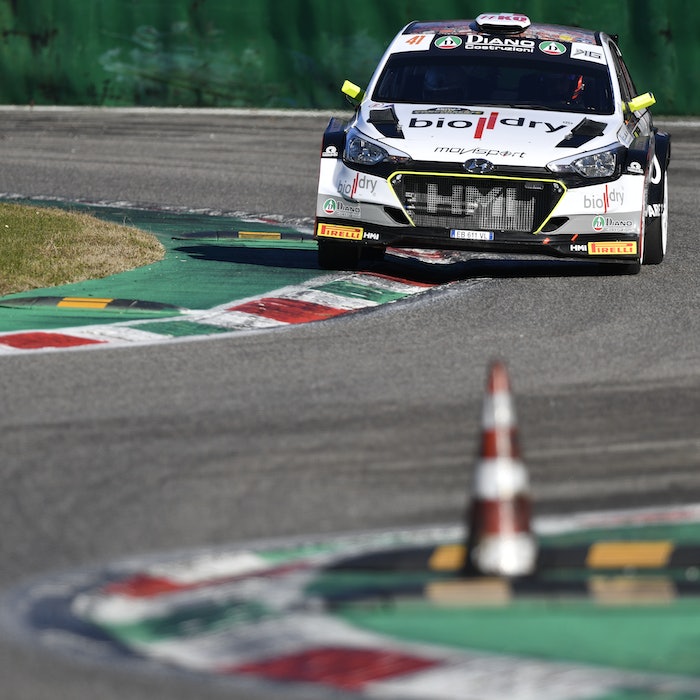 PLANNING FOR THE EVENT IS UNCHANGED BY CURRENT PANDEMIC CONCERNS

1995 Rewind: McRae back in lead before title showdown