All this year, DirtFish will be reliving the 1995 World Rally Championship as it happened.

Having previewed the season earlier this week, we now take you to the opening round in Monte Carlo.

Is a black cat good luck or bad luck? Depends which part of Europe you’re from. In the Banbury corner of Britain where Carlos Sainz’s Subaru Impreza 555 is prepared, it’s good luck. In Madrid, the two-time world champion’s home city… less so.

So, when a black cat darted across the road in front of the #5 Impreza on the final night of Rallye Monte-Carlo, Sainz feared the worst. Moments later, the Subaru died. His fears confirmed.

Sainz and co-driver Luis Moya traced the problem to the master switch. Moya held the switch in place for the remainder of the stage and kept the pacenotes coming. According to the British contingent, that was, surely, good luck. Sainz rode the luck and celebrated a repeat of his 1991 win on the season opener.

François Delecour kept Sainz honest for much of the event. Delecour, now driving for the RAS Sport squad after the Belgian team took over running Ford’s World Rally Championship effort, nosed his Escort RS Cosworth into the lead for two stages on Tuesday’s second-day dash from Valence to Dignes. 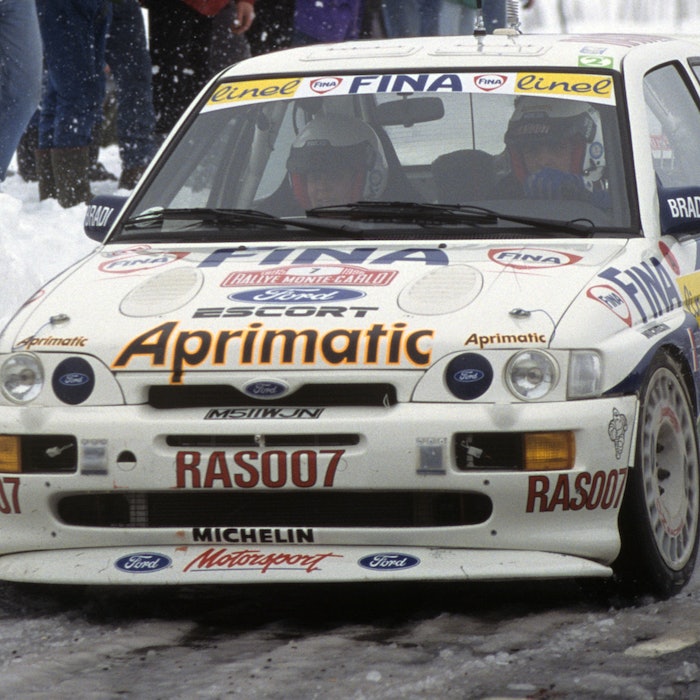 I have just finished a 40-kilometer stage, and then I have to spend 30 minutes changing the brakes and removing the studs from the tyres. Normally we have this time to relax. This is really stupid. Francois Delecour

But this was Sainz’s show. And he was on superb and surefooted form to win.

Delecour’s hopes of carrying the fight to his rival were stymied when a dodgy shock absorber was fitted to his Escort on the final night.

“It was a new shock absorber,” said Delecour, “but 100 metres into the stage I knew my chance to win this rally had gone. There was something wrong inside [the shock absorber].”

The Marseille driver’s pace did, however, demonstrate he was firmly back on form following his foot-breaking road accident just eight months earlier.

Delecour, like his fellow drivers, was far from convinced by the FIA’s new regulations governing service to the rally cars and a restriction on the tire choices available for 1995.

“I have just finished a 40-kilometer stage,” said the frustrated winner of last year’s Monte, “and then I have to spend 30 minutes changing the brakes and removing the studs from the tyres. Normally we have this time to relax. This is really stupid.”

“We don’t know about the power from the car,” he said, “and we take the same tyre, sometimes for two stages. If the weather changes, you can be in trouble.” 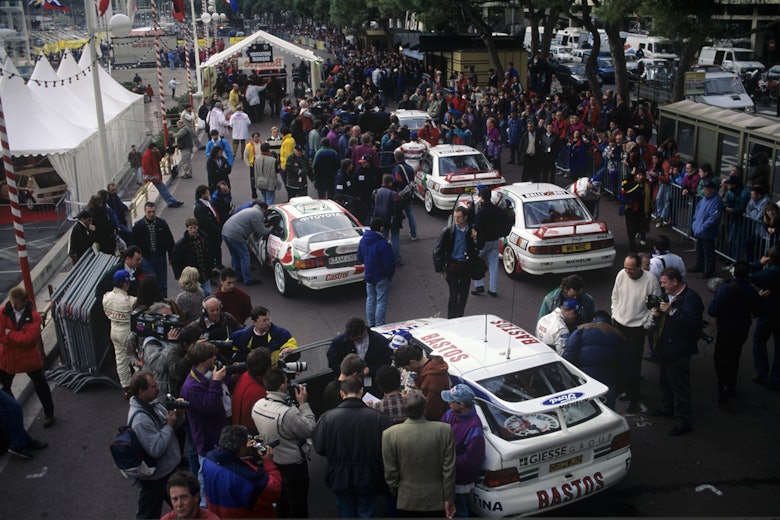 Auriol’s words were proved prophetic, he slid off the road on the final night. The Monte was a miserable event for defending champion manufacturer, with Armin Schwarz stopping with a mechanical problem. Juha Kankkunen’s third place – albeit four minutes behind Sainz – was the only upside to a tough rally.

Mitsubishi’s latest recruit Tommi Mäkinen had been running in that third place before a gearbox problem left him with front-wheel drive only on the final loop over the Col de Turini.

Both Mitsubishi men were running the 1994-specification Lancer Evo II, with a new car coming from Rugby later this year.

Jean Ragnotti won Formula 2 in Renault’s stunning new Clio Maxi. Ragnotti and his team-mate Philippe Bugalski were a firm favourite with the fans packing out the stages in the Alps.

Despite mixed conditions, with plenty of snow around, Ragnotti humbled plenty of four-wheel drive cars to take superb seventh overall. Bugalski retired after a road accident.

Sainz’s team-mate Piero Liatti was a distant eighth, having slid off the road in the same place as fellow Subaru man Colin McRae.

Hero of the hour just a couple of months ago, McRae picked up where he left off on the RAC Rally with fastest time on the opener. The Scot’s Subaru challenge was spoiled on stage two when he slid off the road. Worse was to come when he went off the road at higher speed on the Sisteron test.

“We had patchy ice marked in the notes about 10 kilometers in,” said McRae. “There was a fifth-gear left-hander and you could see the two tracks in the road where the ice-note crews had been through – but they had went through two hours before and we got there it was just black ice. I backed off when I heard the caution for the ice, but it wasn’t enough.”