The penultimate round of the World Rally Championship season could well be the title decider, as Sébastien Ogier hovers dangerously close to the gap needed to win an eighth world championship crown at the top level.

This will be his second chance to wrap it up though, as the opportunity presented itself last time out on Rally Finland. Although on Rally Spain his chance is much more realistic and his road position shouldn’t hurt him as much as it did in Finland either.

And more than that, there are some local specialists who will be doing their maximum this weekend to not only impress their Spanish fans but also slow down Toyota Gazoo Racing’s journey to the manufacturers’ title. 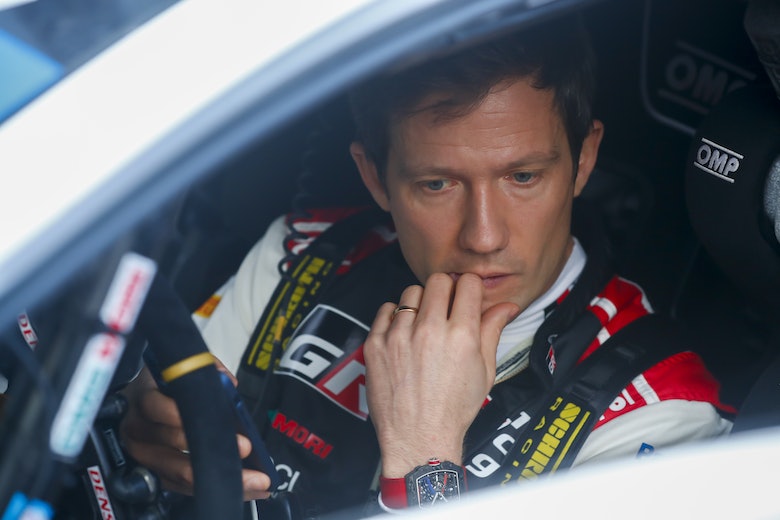 With three wins on this event already, this stands out (icey Monte Carlo aside) as Ogier’s most successful asphalt rally on the 2021 calendar.

Admittedly none of those wins have come since he left Volkswagen and the asphalt-torturing Polo R WRC, but he’s still been one of the most consistent frontrunners on the roads south of Barcelona and it’s a consistent Hyundai-rivaling pace that he needs to become champion with a rally to spare.

The Toyota Yaris WRC, despite its shorter wheelbase helping around all the twists and turns of Catalonia’s inclines, has never really starred on the Spanish stages and had a best result of fourth with Juho Hänninen until Ott Tänak wrapped up the 2019 title on the rally with a second place. Expect Ogier to match that as he targets the team’s third driver’s title in a row.

Since his stunning World Rally Car debut in Finland back in February, the route backhas been one full of woe for Oliver Solberg. That he’s scored less points than his six-event 2020 season spent entirely in a R5 car says it all.

Solberg hasn’t driven the Hyundai i20 Coupe WRC in anger on world championship asphalt before, so his priority should be to finish and learn this weekend after such a bruising run of form.

And now onto the local hero. Dani Sordo seems to get better with age, and more of his stage wins in the WRC have come on this rally than anywhere else but he is yet to crack the top step in front of his home fans.

On his first four attempts at Rally Spain in a World Rally Car Sordo finished second, came third in 2010 but then ended his rostrum run with his ill-fated move to Mini in 2011. In the six times he’s entered since, there’s been two podiums and the second of those was on the most recent running.

While Hyundai team principal Andrea Adamo would usually be against his drivers pushing needlessly when they can bank solid points, the title race is at a crux point where Hyundai will need all of Sordo’s confidence to go for the win to keep its fading manufacturer dream alive. 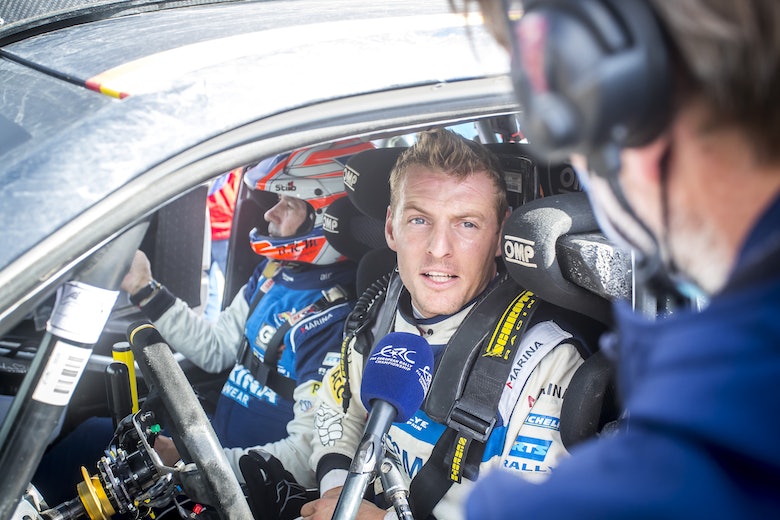 The first thing you need to know about Nil Solans this weekend is that he is not the same driver as the one going for WRC2 honors in a Citroën C3 Rally2. That’s younger brother Jan.

For those unfamiliar with the Solans family entirely, 1990 Seat Marbella Cup winner Pere Solans had two sons who followed him into rallying and in particular the Spanish gravel scene.

Nil put the family on the international map when alongside being title runner-up in the Spanish Gravel Championship he was a rally winner in the WRC-supporting DMACK Drive Cup, then moved into WRC2 in 2015. A step down into Junior WRC for 2017 resulted in that title and the WRC3 one, marking Spain’s first world crown since Xavier Pons’ 2010 SWRC victory.

Two years in WRC2 led to little before the COVID-19 pandemic brought Solans back to the Spanish Gravel Championship and he won the title. A European Rally Championship program has been his main focus in 2021, and the WRC call-up is by now more of a surprise than a reward for recent efforts. 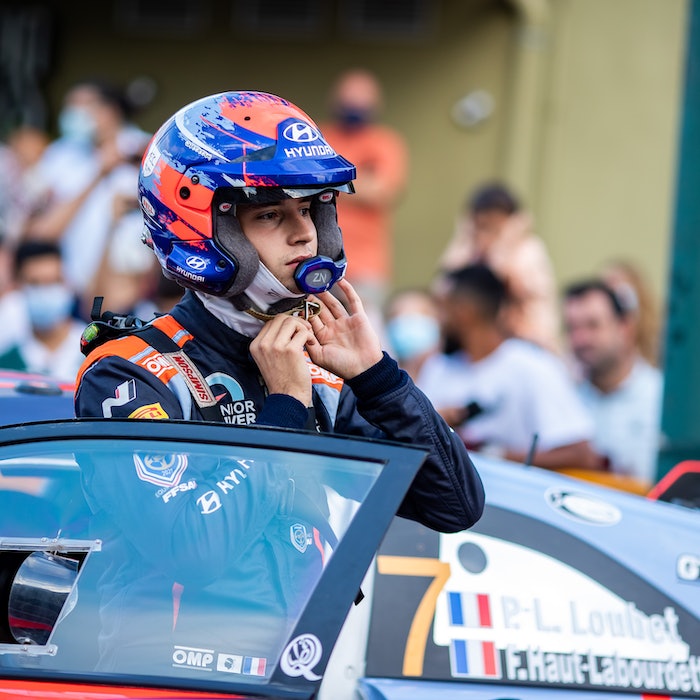 He replaces the injured Pierre-Louis Loubet but will have plenty to adjust to.

Ott Tänak’s 2021 means has been trying but he arrives in Spain in his best vein of form all year, so you can’t rule out the title runner-up spot for him just yet.

Tänak’s past Rally Spain form is encouraging, and he has strong memories here as this was the rally he claimed his 2019 world title on. The asphalt experience and success with Hyundai is still lacking, but we know Tänak can be monumentally quick on the surface as he has three Rally Germany wins.

It won’t necessarily be the end result that will matter to Tänak – because he knows his abilities – but it will to Hyundai for its title hopes. Beating the Toyotas is key.

When Hyundai has turned up here in the past, it was usually Sordo who was the biggest threat. On the past two editions Thierry Neuville watched, analyzed and then simply just beat Sordo in his backyard to win Rally Spain in 2019.

That was Hyundai’s first Spanish win on the last running of this rally, which arguably makes Neuville the favorite for victory this time around too. It’s also no surprise that Neuville’s first win of 2021 came on asphalt on roads he not only knew but knew in the i20.

There are a few other drivers going into this weekend with car experience as well as stage experience in Spain, and an entry – and victory – on Rally de la Llana last month won’t harm Neuville either.

When a driver expects to be nowhere, they often finish there. With no pre-event test for Finland, there were no real targets for Adrien Fourmaux to hit and so he was an utterly anonymous seventh until his massive jump to the flying finish gave him some of the spotlight.

It’s likely to be more of the same in Spain as it’s a rally that Fourmaux is very inexperienced at, not that his short career has held him back at any point so far. But for a team that’s garnered a lot of attention over the previous week for its 2022 line-up, it’s not great to have that momentum of anticipation sapped by another result lacking of note.

At least the pacenotes written this year will be applicable to the Ford Puma Hybrid Rally1 Fourmaux is expected to drive next season.

Takamoto Katsuta has done this rally in this car before so Katsuta is actually one of the more prepared drivers for the WRC’s return to Spain. As a former circuit racer, he is of course absolutely rapid on sealed-surface rallies too and if there’s anywhere to reset his recent bad luck and car quarrels then it would be here.

The great thing about Jari-Matti Latvala’s more cuddly approach to being Toyota team principal is that a run of bad rallies like this is going to be where he absolutely reassures his drivers of their abilities, and Katsuta benefits from that confidence to bounce back again and again.

So after his Finland crash more has been learned about the Yaris WRC and his driving, and he will just be better placed to apply those learnings on his favored surface.

Ogier and Neuville have scored more points than Evans on asphalt this year, and have usually been taking more from the powerstage too but that trend has reversed on the last two rallies which included Evans’ first powerstage win of the year on Rally Finland.

It was his last-stage performance that cost him victory on Rally Croatia, so the pressure is on to make sure that doesn’t happen again. If Ogier beats him to victory and on the powerstage, then he will have beaten his team-mate Evans to the title for the second year in a row as well.

This is a form guide though, and Evans is the form man as he comes from his emphatic Finland rally and powerstage win.

This has never been one of Gus Greensmith’s strongest rallies in the support classes, but co-driver Chris Patterson did finish second here alongside Petter Solberg in 2010 and his experience has been crucial in giving Greensmith the confidence to push on most rallies this year.

Ogier put the Fiesta WRC in second place on the 2018 edition of Rally Spain, so the Ford does have pace to unlock here.

As neither Evans nor Ogier has driven the Yaris WRC in Spain, young Kalle Rovanperä will possibly look to Katsuta for his experience of the Spanish stages in one of the cars. Rovanperä’s only done the rally himself twice, but on his first ever appearance he won the WRC2 support class against Jan Kopecký, Petter and Henning Solberg.

His home rally a few weeks ago temporarily ended in a mound of gravel after he tried driving around handling difficulties, but we know he can learn incredibly quickly and his Rally Finland roller-coaster is unlikely to have knocked his confidence.

What you need to know about LSPR