It’s the start of the stage and the Finn is talking to his engineer. There’s some degree of urgency, the conversation is focused on the Toyota’s engine. Matter resolved, he selects the gearbox’s bottom cog and noses the car to the startline. Flicking a switch, the revs rise and the clutch is dropped.

A Toyota Celica Turbo 4WD (ST185 to most of us) rockets towards the first super loose square right, with its right-front corner aimed squarely at the window box on the red house which sits at the apex. Physics, brute force and a whole load of wheelspin ensure the typically Finnish residence remains untouched.

But the Finn on the left is Jari-Matti Latvala rather than Juha Kankkunen. And the right-hand seat is mine. There’s not a Denis Giraudet in sight.

The start of a good week just turned great.

Tuesday began with a tour of Toyota Gazoo Racing’s WRC team headquarters in the outskirts of Jyväskylä. Great place packed with great stories – including the inside line on the fastest World Rally Car ever made.

DirtFish will reveal all the details on the ultimate specification Yaris WRC. The 2020 car that never was. And the man who made it, Toyota team principal Tom Fowler, talks us through what would have made it so special and, by his own admission, it was probably a good thing for the WRC that it never made it to the stages.

TGR’s Jyska home is a special place. A former chemical industry facility, its anodyne exterior tells nothing of the genius that sits inside. Just as M-Sport’s Dovenby Hall would sit beautifully on the set of Downton Abbey, juxtaposing the ultimate Rally1 hardware being dreamed up on the inside, so Toyota’s Finnish home contrasts starkly with the same thinking. 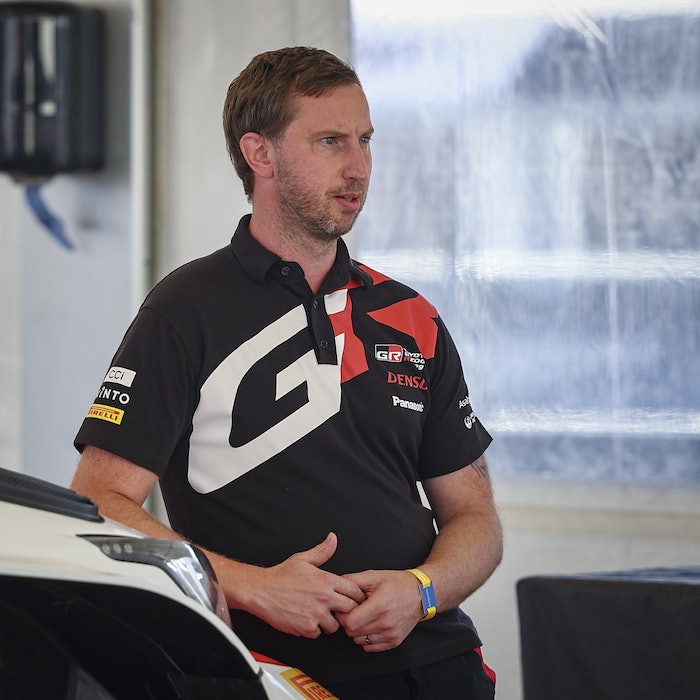 When Toyota announced its WRC program, few believed Tommi Mäkinen would really achieve his dream of establishing and running the team from his homeland. It didn’t make sense when Cologne, in all its cutting edge F1-tech glory, sat pretty much in the centre of Europe, more than ready to recreate former WRC glories.

When one roof was the answer, the German question came up again. But still, no. Still Finland.

“It’s a people thing,” said Fowler. “Once we were set up and established and people had moved over to Finland, it wouldn’t really have been fair to get them to move everything again. There’s a lot of talent in this building and we didn’t want to have to start looking to recruit all over again in Germany.

And ‘we’ now totals around 250 people. That’s a lot of relocation.

Toyota Gazoo Racing has become part of Jyväskylä’s already rich rallying history. From the sport’s spiritual home has come a world championship-winning machine. English is spoken throughout the factory, but more than 10 nationalities are represented inside the white walls.

Primarily, this is Finland with an understandably heavy Japanese influence. Collectively, the building and its workforce exudes confidence. But not arrogance.

Undoubtedly, Finland has taken Toyota on as its own. More than 200 outside suppliers feed into TGR here. Half of them are Finnish and 50 of those are local to the Jyväskylä area. Much of the metal fabrication is done in and around the city, along with a chunk of 3D printing of plastics and composites. Head down the road to Helsinki and you’ll find the company machining the guards for the underside of the GR Yaris Rally1.

There’s still space though. Plenty of space. Space we’re not going to be allowed in today. We can walk past racks of gleaming bumpers and shelf-loads of brake components. We can watch the Ypres Rally Belgium cars being built in four of the 13 car bays, we can go behind closed doors – but we most definitely can’t go behind the closed doors that are locked.

What’s going on there? Who knows? But I think we can all hazard a half-decent guess.

I’ve been after a look around Toyota’s place for a while. It’s taken since the top of 2021 to get it as it wants it and now mission control is looking as successful as the mission itself.

From there, Tuesday took me down the road – admittedly a longer road than usual – to see Jari-Matti Latvala in his museum in Tuuri.

Latvala’s ability as one of the sport’s great historians and orators is well known, so having him talk about his whole career with his actual rally cars – starting from the 2.5bhp plastic car he drove as a four-year-old and running right up to the Toyota Yaris WRC he finished his career in – made for a very special afternoon.

Latvala’s simply one of the loveliest blokes in our sport. His passion for rallying is as utterly infectious as it’s ever been. He told the tale of Henri Toivonen’s car that wasn’t Henri Toivonen’s car – but it was still enough to kick-start his idolisation of a talent that was cruelly taken far too soon. Then there was the Toyota he started competing in, a 1600cc Corolla in which a 16-year-old J-ML won 24 of the 26 gravel rallysprints he started.

There are two of his favorite sounding cars: the Escort RS1800 and an Audi Quattro A2. 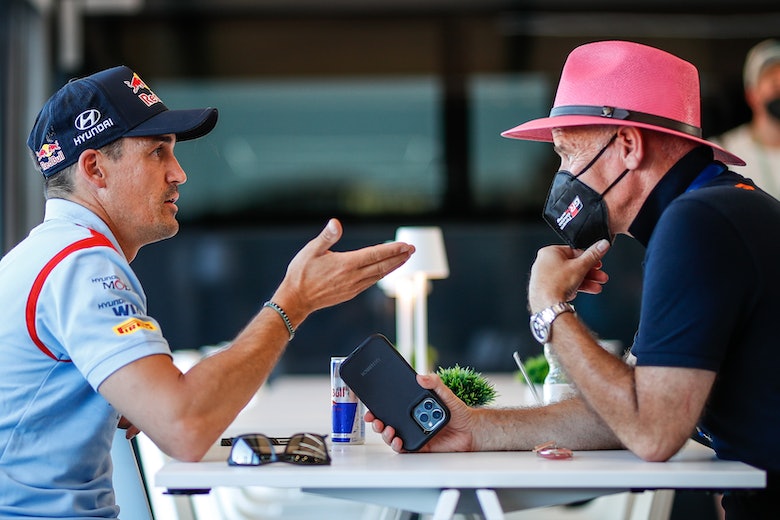 DirtFish to shake up WRC Wednesdays

“The cams in the Escort,” he said, “they are special racing cams. The power is only starting to be delivered at 8000rpm and this one has no rev limiter, so it goes to 10,500. It’s a narrow window for the power, but the noise is just amazing.

“For the Audi, I love the woosh of the turbo, there’s really nothing like that when you are pulling through the gears and the boost comes. The noise…”

It’s not just whole cars he’s got. He disappears behind the very original 1980 Volkswagen Golf GTi he was gifted by Jost Capito when Volkswagen won everything in 2014 and emerges with a radiator. This is the radiator from the Polo R WRC he crashed on the 2015 Rally Poland. The fix he made – along with the 10 liters of water which just miraculously found their way back into the engine – helped him make fifth place and bring more valuable manufacturer points.

Then there’s the hood from a Ford Fiesta RS WRC. It’s signed and very bent.

“This was from when I crashed the test car in Sweden…”

Every aspect of Latvala’s rally life is chronicled here. It’s an absolute must for a rally fan. And now, if you’re a customer looking to buy a period Toyota Celica or something similar, Latvala’s your man. He’s bolted a workshop to the side of the museum and is now building some beautiful ST185s and ST165s. Strangely, there’s never been the demand for a long-nose 1995 ST205.

Back in the museum and there’s an example of each of those and Toyota’s comeback car, the Corolla WRC. This is an ex-Grönholm example that was rallied by Latvala in his early career.

“Do you want to know something about this car?” he offered. “This was one car I never rolled.”

It’s impossible not to love the bloke.

And now I’m very keen to be sitting in a Celica Turbo 4WD that he doesn’t roll.

“It’s back to the 90s rallying,” he shouts as he balances the car on the edge of a ditch on the entry to a left-hander. “And don’t worry, there’s nothing in the ditch… I checked already!”

Watching Latvala behind the wheel in a car Kankkunen used to win on these roads close to three decades ago is like stepping back in time and watching a master craftsman. By today’s standards – or more pertinently by the standards of the mid-noughties cars complete with active ride height, dampers and just about everything else – there’s very little tech keeping us between the trees today.

What we do have is a Latvala.

And this guy knows how to work a car. This is a graphic demonstration of how to drive a car very quickly using just the brakes and the weight transfer. There’s very little steering input, apart from the slight moment when it popped out of the ruts, got slightly crossed up and looked like it might fire us towards another ditch.

J-ML’s response was a quick giggle and another gear.

Riding alongside this man was an absolute privilege. And Tuesday couldn’t have done more to reaffirm my faith that Toyota is a place full of the very finest possible fever.

The man at the very top of the Toyota Motor Corporation, Akio Toyoda, is somebody who loves to spend as much time as possible behind the wheel of a rally car. Our sport is his passion. And the man in charge of his rally programme is cut from precisely the same cloth.