Come on, be honest: did you really see that coming? I didn’t. Neither did Elfyn Evans.

Talking to last week’s Rally Finland winner ahead of round 10, he was on typically unassuming form. He didn’t expect much from Jyväsklyä – his pace across the water in Estonia a couple of months earlier hadn’t inspired him to write home. Finland, he feared, might be more of the same.

At the time in Estonia, Evans had talked of a need to drive more freely and not be bound by a fear of making mistakes. On the eve of last week’s rally, Evans remained burdened by a frustrating lack of ultimate fast gravel pace. The real frustration came in the lack of understanding of why. 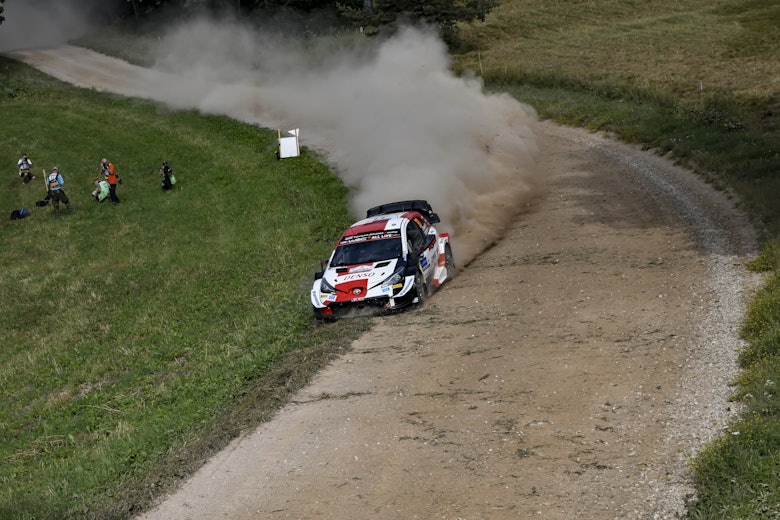 On just his second event in a Toyota Yaris WRC last year, Evans had destroyed the opposition on a complicated but very, very fast Rally Sweden. Since then, he’d struggled.

Yes, he’d destroyed a car at a warm-up event in Estonia last season, but he was mystified by his apparent inability to take the best from the sister car to the one that won on the other side of the Baltic Sea.

Evans is, by some distance, his harshest critic. Last week, he answered his own questions in the most emphatic style possible.

It’s impossible to overstate Evans’ achievement in Finland. The move to the fall mitigated some of the road cleaning effect faced by the crews running higher up the order, but it was still there. Testament to that was Sébastien Ogier sitting seventh, 33 seconds off the front on Friday.

Starting directly behind the seven-time World Rally Champion, Evans could have been expected to be in a similar position. He wasn’t. He was bang on the money and right in the thick of a four-way fight at the front.

Through the weekend, nobody could hold a candle to Evans. He dominated and controlled in a way you’d expect a local to. And this from a driver, don’t forget, who hadn’t competed in Finland since 2018 – he missed the 2019 event with a back injury.

How did he do it? It started with a test.

We all know Finland’s one for the brave, but it was Evans’ bravery in a slightly more unusual setting that laid the foundations for his fifth career WRC win.

He demonstrated courage and conviction in sticking to his guns somewhere north west of Jyväskylä on September’s final Sunday. His pre-event test.

“I’m not sure exactly where we were,” Evans told DirtFish. “It was near that, er, Ässämäki place. Am I saying that right? It was a place that Lasse [Lampi, former factory driver and Toyota consultant] found. We had a medium and narrow road. We tried some things and left some things the same.”

That was Evans speak for taking the car in quite a different set-up direction to his team-mates. Two days earlier, Evans’ team-mate Kalle Rovanperä had signed off on a Yaris WRC running in trim very similar to how he’d finished Estonia.

And when you consider the then 20-year-old had finished Estonia a minute ahead of everybody, you can understand his reluctance to change the car for a rally that, outwardly, posed an entirely similar challenge.

Reflecting on a big day somewhere in Finland, Evans said: “I knew that wasn’t perfect for me at the test. I found it difficult to take confidence from the car early in the test, so I decided to go in quite a different direction.

“I have to say thank you to my engineer Rui [Soares] for reassuring me that everything would be OK. I was worried that my set-up would bring some understeer, but in the end we found the sort of traction and stability we needed to bring the stage times.”

Five stages in and Evans was still settling himself ahead of Friday’s final stage, a dark run through the Oittila 12-miler. Launching a current generation World Rally Car off the line in the dark is a genuine step into the unknown on the roads around Jyväskylä. A near-midsummer date has always made a cover of darkness fairly hard to find. By moving the rally to the fall, the organizer gave the crews a unique opportunity to fly by night.

Riding the crests and flying the jumps is fairly unnerving with all your senses in full working order. When you take off and the lights are pointing to the trees and the sky above and you can’t see what’s beneath you or where you’re landing, that takes confidence and ultimate commitment.

Thierry Neuville shipped 15s. “I couldn’t commit,” he said. “The visibility was quite poor, my lights weren’t nice…”

Evans? Fastest. And loved it.

Talking to Evans through Saturday, nothing was quite perfect. There was always just a little bit more time here and there. Not exactly what you expected from a man who’d won six from nine stages, moved into the lead and increased his advantage at the front consistently through the day.

Evans isn’t one for the big talk.

But by Saturday night, he knew something special could be coming his way. Fiddling with his facemask, he considered his answers to DirtFish’s questions, but then admitted: “You don’t get too many days like today in the championship. The car was nice to drive, the conditions were great, the grip was there and everything was working so well. I’ve just tried to enjoy the driving today, just do what I can.”

“I’m not thinking about anything,” he said. “We’ll keep at it. What we have tonight is a nothing advantage, so we can’t take anything for granted.”

Forced to relinquish his lead on the second stage on Saturday, Breen had stuck doggedly to the task of keeping in touch with Evans.

The first run through Päijälä was something of an eye-opener for Breen. He was just 2.6s off the pace of two-time Rally Finland winner and Hyundai team-mate Ott Tänak after the 14-mile stage. But when Evans took a further 4.2s out of the pair of them, both i20 Coupe WRC drivers were left scratching their heads.

“That was a blinder from Elfyn,” said Breen, with slight resignation. On the second run through that stage, Tänak was past him.

“I can feel it slipping away a little bit,” said Breen. “But I have to be realistic…”

Realism was that this was only his fourth start in a World Rally Car at the highest level this season, and a third consecutive podium wouldn’t be a bad result. 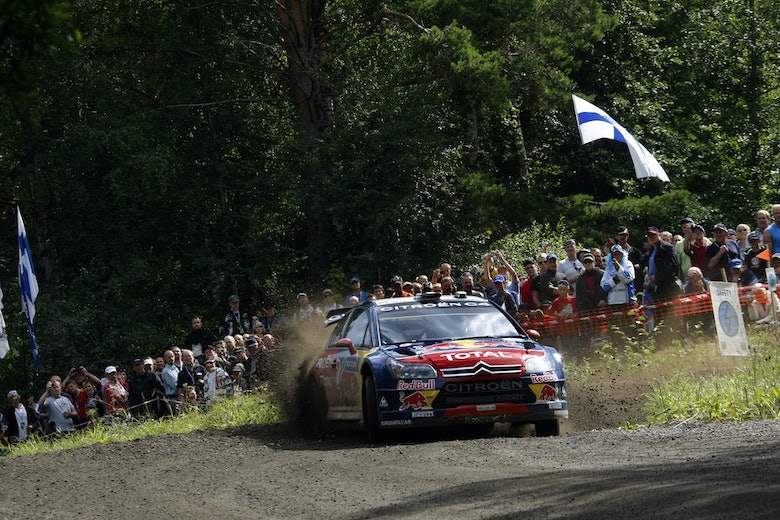 Ask anybody and they’ll tell you a 10s lead in Finland is like a half-minute advantage on most other events. The outright speed and lack of junctions on this rally make it hard to pull time back.

Tänak was 9.1s down at the top of Sunday and immediately lifted four-tenths out of the leader on the opening Laukaa run.

While admitting he wouldn’t stop trying, Tänak had told DirtFish he didn’t expect to be able to get too close to the Toyotas in their backyard. He’d done more than that. The 2019 WRC champion has worked tirelessly to source fast-gravel pace from the i20 Coupe WRC – his home win last year and his success in Lapland at the top of this season have demonstrated the strides taken.

But Jyväskylä has always been the team’s nemesis. Until now.

Tänak’s confidence and comfort in the Hyundai grew as the event progressed, but it was never going to be quite enough to edge Evans.

The leader looked as strong as he ever has in his career as he flew through the second run at Ruuhimäki to bag five powerstage points on the perfect weekend.

For the first time in a while, Evans’ grin was almost wide enough to show itself either side of the obligatory facemask.

“Coming here, I didn’t expect much at all,” he said. “Estonia hadn’t shown much of anything really, but we found some confidence and we built on that.

“When we started to win those stages on Saturday, I started to think this might be possible, but this is a good one. I’m happy for the team and happy to deliver the win on a home round.”

What about Rovanperä? Wasn’t he supposed to win?

Ultimately, Rovanperä and Ogier failed to find the level of confidence from the car that Evans took. Rovanperä went off trying, while the canny points leader took what he could from an event he hasn’t enjoyed much success on in recent years.

Ogier’s efforts to limit the damage mean he takes a 24-point lead (cut from 44 points) to the penultimate round in Spain later this month.

An engine issue that limited the power for Ogier on the final stage, allied to a 60-second penalty for forgetting to do his crash helmet up again, ensured he was happy to see the back of Finland.

So is Evans. Now more than ever.

Is it game on again in the championship?

Not according to Evans. Predictably, it’s rally-by-rally for him, but the comfort zone is very much smaller than it was three days earlier. And Evans, a driver who has struggled for any sort of form through the mid-season, rides into the Salou seaside on the crest of a very big wave.