Scandinavia has long been a staple in the history books of the World Rally Championship. Several of rallying’s world champions have hailed from Finland, Sweden or Norway, while Rally Finland and Rally Sweden are two of the most famous events on the global tour.

Winning them is a challenge for any driver, but particularly for a non-Scandinavian as the local drivers have always historically held an advantage on home turf.

Elfyn Evans bucked the trend in 2021 though, winning Rally Finland for the first time in his career to join Carlos Sainz, Didier Auriol, Markko Märtin, Sébastien Loeb, Sébastien Ogier, Kris Meeke and Ott Tänak on the list of non-Scandic drivers to win in Jyväskylä.

Ironically, Evans did so in a year when the highest placed Scandinavian – Esapekka Lappi – was off the podium in fourth.

But the significance of his Finnish win runs deeper, as it earned Evans entrance to an even more exclusive club of non-Scandinavian drivers to have won the WRC’s two famous Scandinavian events. 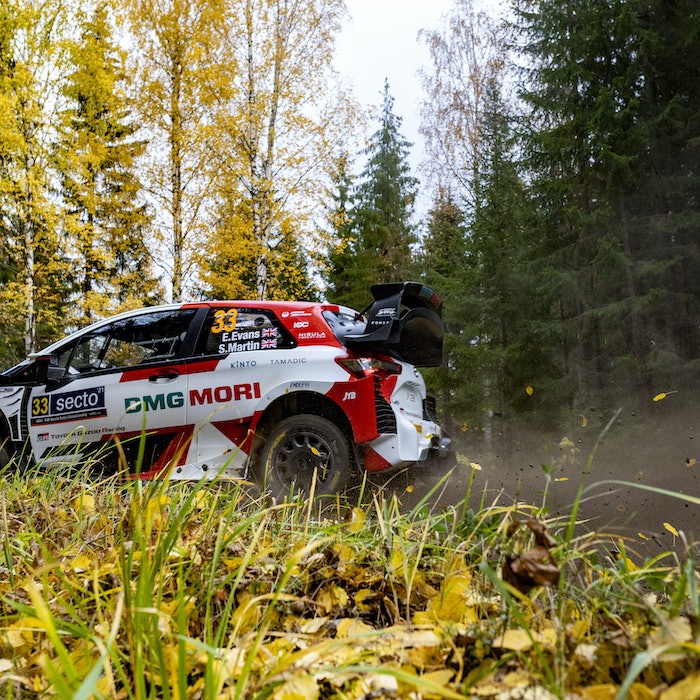 The Toyota driver cut into Ogier's championship lead with victory

It’s a thin entrance criteria, meaning Evans is certainly in illustrious company. Here are the other drivers who have achieved the same feat.

On a list such as this, it comes as no surprise to see Loeb’s name crop up. And as if you needed us to tell you, the nine-time World Rally Champion was the first non-Scandic to ever win both Rally Sweden and Finland.

Over the years, Sweden would become a bit of a bogey event for Loeb, but he won it at only his third attempt in a World Rally Car back in 2004. Another non-Scandinavian, Markko Märtin, had constructed a handsome lead but ran wide and knocked the rear-left wheel of his Ford Focus WRC out of line.

That paved the way clear for Loeb to make WRC history as the first non-Scandinavian to win the winter classic.

Loeb’s first Finland success would come four years later in 2008. He had spent years just accepting that Marcus Grönholm was likely to beat him, but when Grönholm retired Loeb was able to edge Mikko Hirvonen by just nine seconds in a classic – a victory he puts down as one of his best.

The Frenchman would win two further editions of Rally Finland in 2011 and ’12 too, driving a Citroën DS3 WRC.

In the reverse to his compatriot and great rival Loeb, Ogier has four Scandinavian WRC wins but just one in Finland and instead three on the snow of Sweden.

Ogier’s first success on Nordic soil was a landmark one as victory on Rally Sweden 2013 marked Volkswagen’s first since returning to the WRC. It was of course just the second event for the Polo R WRC, setting the tone for things to come.

He would net his first – and only – Finland victory that same year too, coming out on top of a hard-fought contest with Hirvonen, Mads Østberg and Thierry Neuville who was eventually second.

Sweden would prove to be a happy hunting ground for Ogier during his VW pomp. His 2015 win was intense, as he fended off Neuville and team-mate Andreas Mikkelsen in a final-stage finale despite the handicap of running first on the road for most of the rally.

Ogier would go back-to-back in Sweden in 2016 too. It was an event marred by a lack of snow, but Ogier was dominant – leading from start to finish – to record victory over Hyundai’s Hayden Paddon.

Tänak has a few unique distinctions on this list. Firstly, he bucks the trend by winning Rally Finland before he won Sweden, but he has also won a third Scandinavian event – Arctic Rally Finland – which was introduced into the 2021 WRC calendar as a replacement for the canceled Sweden.

Tänak’s first Scandinavian win was in 2018 as he won Finland; the first of three consecutive WRC wins that kickstarted his title aspirations. He would duly double up a year later, winning a second Rally Finland in a Toyota that was born on the local roads.

Those two Finnish successes were interrupted by Tänak’s maiden Swedish victory in 2019. M-Sport’s Teemu Suninen led after the first day but Tänak moved to the head of the pack on the second leg and duly ran away with it, beating Esapekka Lappi’s Citroën by almost a minute.

The third and final of Tänak’s standalone achievements is he is the only non-Scandinavian driver to win a Scandinavian round of the WRC for two different teams. His Arctic Rally Finland victory was claimed in a Hyundai i20 Coupe WRC.

The newest member of the group has the smallest Scandinavian trophy cabinet, but there’s nothing to suggest that Elfyn Evans can’t extend his haul in this part of the world in future years.

The only non-world champion on the list, Evans scored Sweden victory on just his second event in Toyota after switching from M-Sport, conquering a 2020 Rally Sweden that was significantly bereft of fresh snow.

A year later, the British driver would be standing on the top step of the Rally Finland podium too. Evans had previously secured second in Jyväskylä in 2017, but an inspired performance on the 2021 event earned him victory over Tänak by just over 10s.

Colin McRae and Richard Burns are the undoubted heroes of British rallying as the nation’s only two World Rally Champions, but Evans has done something neither could manage by winning not just winning Finland but joining Loeb, Ogier and Tänak as the only non-Nordic drivers to win in Sweden. 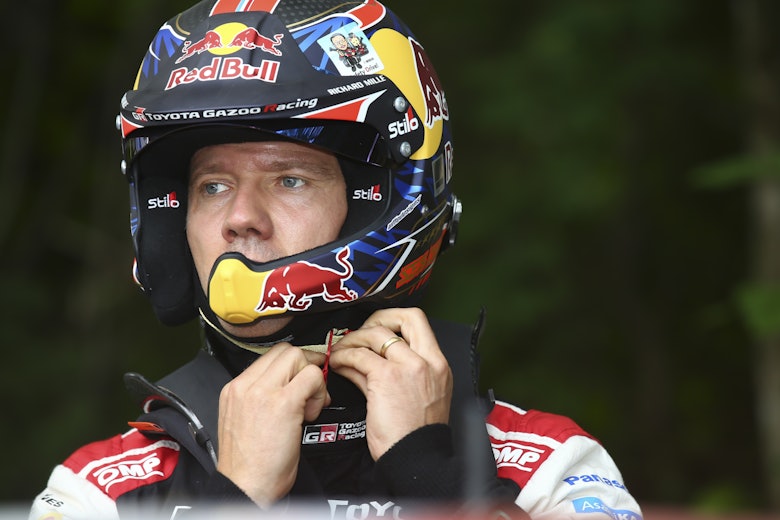 Ogier gets fine and penalty for repeat of helmet-strap breach 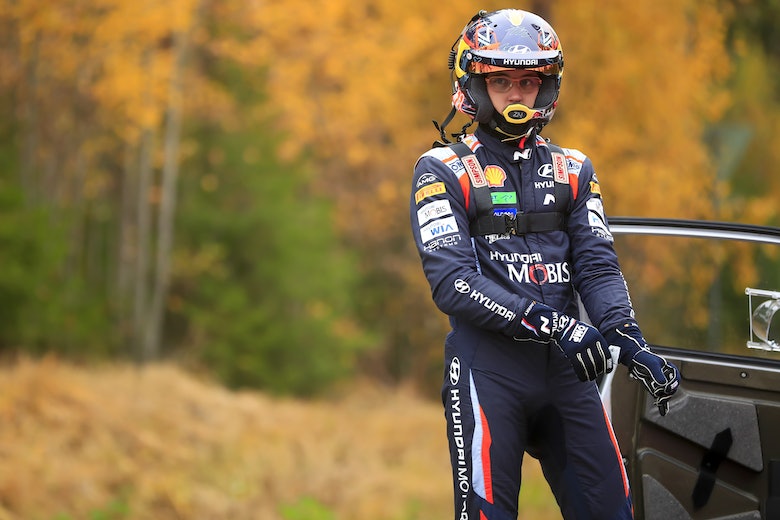 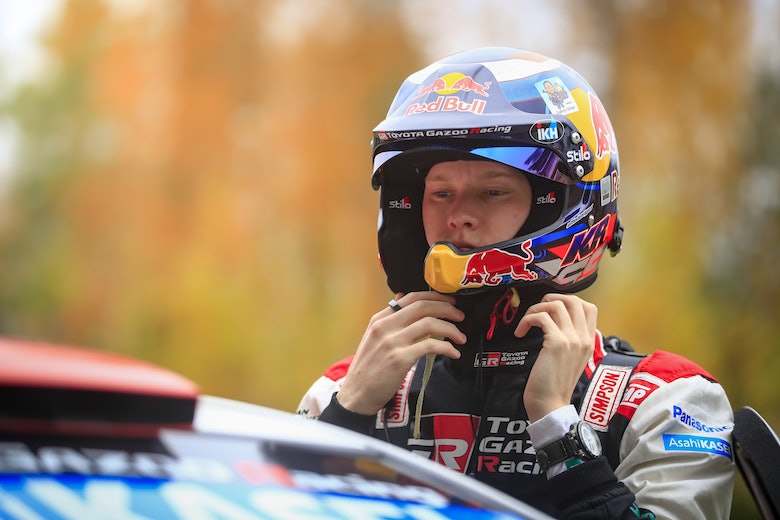