Giandomenico Basso resisted the pressure from Hyundai Motorsport’s Criag Breen to win the Targa Florio Rally for the very first time in his career, denying Breen an emotional victory.

Breen – who was co-driven by Louis Louka instead of regular co-driver Paul Nagle as Nagle was unable to travel to Sicily – returned to the island for the first time since 2012 when he lost his co-driver and friend Gareth Roberts when the pair crashed their Peugeot 207 S2000.

Winner of Rally Sanremo last month, Breen felt like he needed to return to the Targa Florio Rally to “close the book” and admitted to DirtFish before the event: “What better way to close the book than to try to win the rally if we can?” 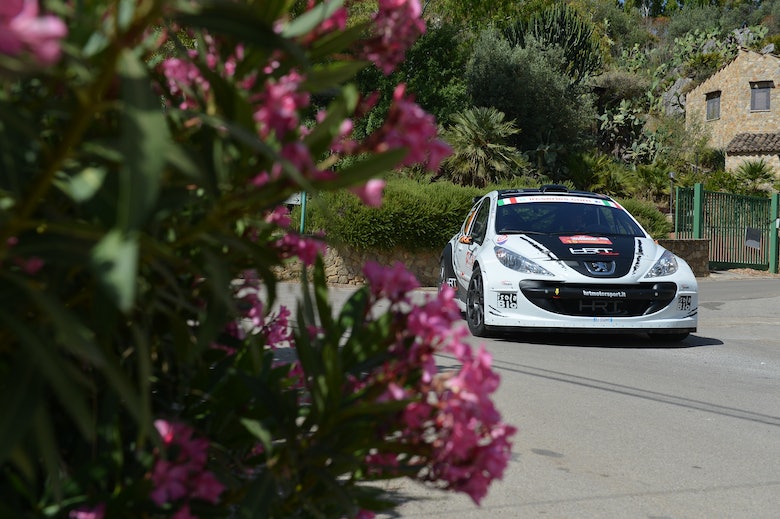 Unfortunately, despite his best efforts, there would be no poignant fairytale for Breen who fell short of Basso’s Škoda Fabia Rally2 evo by just 2.4 seconds.

The third round of this year Italian championship consisted of 10 stages totalling around 57 miles with the first of those, a 1.2-mile town stage, held on Friday afternoon.

Citroën C3 Rally2 pilot Damiano De Tomasso stopped the clock quickest to lead overnight but was quickly overhauled on Saturday morning. Although he held onto the lead by a slender 0.1s after SS2 Tribune – setting the third-fastest time on stage – Basso stormed past on SS3 Targa with a second stage win in succession.

Breen, who was third-quickest on both those tests, soon moved up to second behind Basso but could do little to derail the Italian veteran who won all three of the morning loop’s stages.

Indeed Breen would have to wait until SS7 Scillato – Polizzi 2 for his first scratch time of the weekend, beating Basso by 3.5s to close to 1.6s behind overall. De Tomasso meanwhile had fallen to third overall, sharing the position with Stefano Albertini who won SS5 in his Škoda.

Basso however responded on SS8 to open his advantage back up to 4.9s, and with the penultimate stage canceled after an accident for Albertini – who had nudged a second clear of De Tomasso – Breen only had one stage left to steal the win.

The Irishman would beat Basso by 2.5s across those final 8.5 miles but wouldn’t prevail overall, finishing a close second with De Tomasso securing third.

Tommaso Ciuffi was second after Friday’s opening stage but eventually secured fourth in his Fabia, 6.6s shy of the podium ahead of Salvatore Riolo. Giacano Scattolon’s VW Polo GTI R5’s was fourth fastest on the final stage to vault from ninth to sixth.

Defending Italian champion and 2020 Targa Florio winner Andrea Crugnola, who will make his WRC2 debut with Hyundai Motorsport on next month’s Rally Italy in Sardinia, didn’t get to complete any of the rally’s 10 stages as the engine on his i20 R5 expired on the pre-event shakedown test.

Thierry Neuville and Martijn Wydaeghe’s new-for-2021 partnership has continued its strong start as the duo won the ‘WRC’ section of Targa Florio in their Hyundai i20 Coupe WRC.

It was their seventh podium finish in as many starts – including three third places in the WRC – and the third victory on Italian asphalt this year in the wake of a win on the Ciocco Rally in an R5 and victory on Rally Sanremo with the WRC car last month.

While it was Ott Tänak and Pierre-Louis Loubet that Neuville defeated in Sanremo, in Sicily he had to fend off another Hyundai junior, Ole Christian Veiby, who completed his second event in a WRC car following an appearance on last year’s Monza Rally that concluded the WRC season.

Veiby put up an impressive fight to his far more experienced team-mate too, beating Neuville by 1.5s on SS3 Targa 1 and equaling the Belgian’s pace on the previous Tribune test.

Eventually though the 24-year-old Norwegian would have to settle for second-best – 42.6s behind Neuville overall.

McRae magic and service park chaos: The story of Argentina 2001