It’s tempting to look at the current state of play in the World Rally Championship and be worried by what you see.

That is, unless, you’re a Kalle Rovanperä fan.

But truthfully, after three fairly unique rounds to kickstart the season it’s dangerous to read too much into it. The current points totals and positions certainly don’t mean nothing, but they equally don’t mean everything.

The WRC’s gravel season gets underway next week, and given over half of the rounds are held on the loose this next run of events is where it will all really start to count. 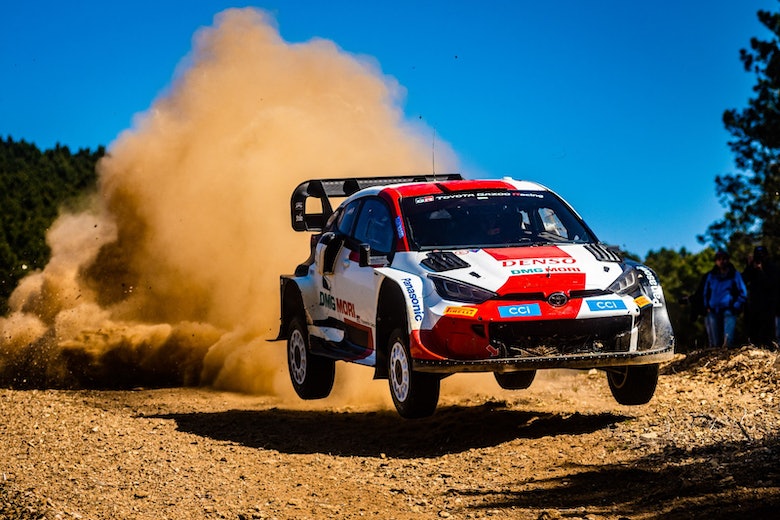 WHO’S WHERE WITH THEIR RALLY1 CARS ON GRAVEL

There’s therefore still no need to worry for everybody trailing Rovanperä and even Thierry Neuville about their world championship prospects, there’s plenty left on the table to snare.

But having said all of that, if one driver doesn’t recapture the magic that made them one of the most talked about competitors in 2021, their title dreams could remain just that – dreams.

It would be incredibly unfair to suggest that Breen’s start to life in a Puma Rally1 has been poor.

A podium finish on debut at the season-opening Monte Carlo Rally (that extended his run of consecutive rostrum appearances to four) was a fine way to kick things off, and he finds himself in a career-best third in the table after three rounds.

But that mistake in Sweden was messy and Croatia was a touch scrappy too (albeit for practically everyone else as well) as Breen suffered a few spins and a bad tire call on the final day cost him third place to Neuville.

A third, fourth and a DNF to start the season isn’t horrific form, but Breen’s not been at the swashbuckling level he was at the end of his Hyundai career that made everyone sit up, get excited and tout him as a major title player in 2022.

Why not? That’s the million dollar question, but there are some extenuating circumstances.

The rallies he’s done so far are undoubtedly a factor. Breen hadn’t been to the Monte since 2018 and OK, he got his podium but he was originally the slowest of all the M-Sport drivers on pure pace. You wouldn’t call it a lucky podium as it was a game plan from Breen, but the result was potentially a bit deceptive as to how strong his rally had been.

Running early on the road in Sweden (second) was a new experience for Breen on a WRC Friday but past form suggested he should’ve been fast there before he chucked it off the road, and he struggled with Croatia in 2021 too. Put simply, none of the first trio of events offer the same comfort blanket to Breen that rallies like Estonia, Ypres and Finland do.

His internal status is now wildly different too. Although Breen isn’t keen on the ‘team leader’ tag he’s often given by those outside M-Sport, that is ultimately the natural position he finds himself in as the full-time driver with the most WRC experience and the only one with a podium to their name.

That’s a lot different from playing second fiddle to Neuville and Ott Tänak over at Hyundai. It’s of course a far better place to be, but it brings very different demands and pressure with it. Instead of having to prove himself with every drive, Breen’s future is now secure. Showing blistering speed at every turn therefore isn’t as important. Scoring points for M-Sport’s manufacturers’ cause though is.

His epic podium finishes last year were all achieved when, a lack of seat time notwithstanding, everything was broadly in his favor. Breen was on the level of his more experienced rivals in one-off scenarios, but replicating that everywhere has so far proved tricky.

His momentum was broken by that error in Sweden, and the challenge now is to re-establish it. The problem is, that could be extremely tricky in Portugal given Breen hasn’t been there for four years and starts all the way up in third on the road, with some extremely heavy hitters starting much further back.

It doesn’t bode too well. Breen needs some huge performances if he’s to muscle himself into the title equation – but the odds are stacked against him.

Perhaps Breen’s 2021 season was ultimately a slight mirage that tricked us all into expecting far too much from Breen far too quickly. Maybe he’s a 2019 version of Elfyn Evans – capable of rally-winning performances and impressive stage times and podiums – rather than the 2020 version who was one slippery turn away from the world championship.

Either way, rightly or wrongly and for whatever reason, Breen hasn’t quite looked like the driver we all anticipated he’d be in 2022. If that doesn’t change over the Portugal and Rally Italy weekends coming up soon, then it could be time to strike his name from the list of potential 2022 world champions.

Can the Canarias local hero avoid history repeating itself?