Estonia was a record-breaking rally, with Kalle Rovanperä taking his first World Rally Championship victory – becoming the youngest ever driver to stand on the top step of the podium in the process.

But behind the man-of-the-moment there was plenty more action offered up, from Craig Breen’s stellar performance to Ott Tänak’s latest woes.

Here are Colin Clark’s driver ratings from the 2021 running of Rally Estonia.

Watching history in the making was an absolute joy in Estonia. The dominant and assured way Rovanperä went about securing his first victory in the WRC was enormously impressive.

This kid has an age-defying ability to deal with pressure and expectation and that will stand him in good stead for many years to come. His record of becoming the youngest ever winner of a round of the WRC is one that I personally can’t see being broken.

Rovanperä has often been described as a freak, in the nicest possible way, and here he showed a freakish ability to dominate the field, win at a canter, and deal with the baying mob of frenzied international media.

I doff my cap to you young Rovanperä, and feel fortunate to be witnessing something very special indeed.

Once again, Ogier ably demonstrated why he’s going to be difficult to catch in this year’s drivers’ championship. A determined and ballsy drive from first on the road kept the champion within touching distance of the leaders on the opening day.

But by his own admissions things didn’t really spark on Saturday and a somewhat lackluster drive left him concentrating on keeping Evans behind him rather than chasing those in front.

Ogier knows however that Evans is his only realistic title challenger this year, and finishing in front of his team-mate was always the goal.

He didn’t do anything drastically wrong in Estonia, but this was probably Evans’s most disappointing performance of the season. 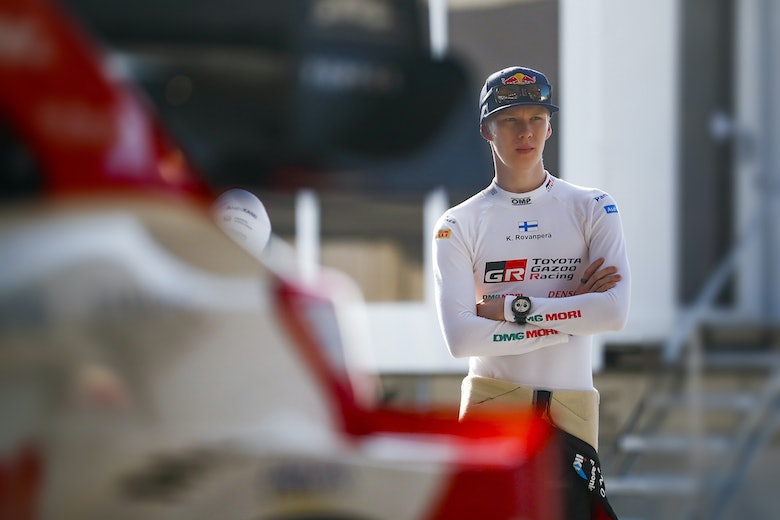 What we learned from 2021 Rally Estonia

The car seems to be working for him but, strangely, Evans seems to lack the confidence to push to the limit and get the most out of it.

This wasn’t a disaster by any means, but if Evans is to realistically challenge Ogier for the title this year then a big performance improvement is now needed in Ypres.

Katsuta only completed four stages in Estonia, but he did more than enough on those four stages to suggest that a second successive podium was very much on for the rapidly improving Japanese talent.

But it’s not only his pace that gets him such a generous score, it’s his act of extreme sportsmanship in retiring from such a strong position, on one of his favorite events, to seek immediate medical help for his co-driver Dan Barritt.

You’d like to think every driver would do the same thing but I’m not so sure they would.

How does he do it? It shouldn’t be possible to strap yourself into one of these rockets after only one day of testing and consistently set the stage times that Breen managed.

Breen had two jobs to do last weekend. The first was to secure a good haul of manufacturer points to keep Hyundai just about in the hunt for honors this year. The second was to put himself in the shop window and light it up so dazzlingly brightly that Mr Adamo, Mr Wilson, and maybe even Mr Latvala couldn’t ignore his sales pitch for a seat next year.

Make an orderly queue gentlemen, this lad surely can’t now be ignored. Give him a full season and let’s see exactly what he can do.

A puncture early on Friday didn’t do Neuville any favors but he never really looked like challenging for the top two spots. If he genuinely believes that the drivers’ title is still a possibility then he has to start winning rallies soon.

He managed to keep Ogier behind him but ultimately needs to put more cars between himself and the relentless points scoring machine of a Frenchman.

The speeding incident late on Sunday leaves a bit of a sour taste in the mouth. No one should be driving on public roads at 100km/h over the limit. It’s reckless and irresponsible in the extreme.

So, I was maybe a little mean in my scoring of Tänak for the Safari Rally, but on the other hand maybe I’m being a little generous this time out.

There was so much expectation on the Estonian this weekend and Hyundai boss Andrea Adamo had every right to expect Tänak to deliver a performance that would kick start a spluttering season for the manufacturer.

Punctures happen, and huge credit has to go to Tänak for his bravery and skill on SS3 where a front right puncture would have cost a lesser driver many more seconds. He got away with it on that one because of his incredible ability and determination. 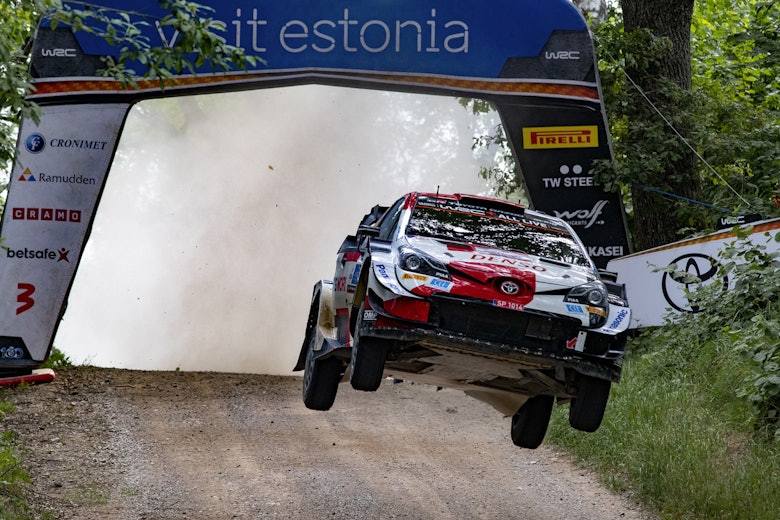 The next stage, with no useable spare tyre, was one on which to consolidate and rethink. But Tänak blew it with a big off that punctured two tyres and caused him to retire. Maybe he wanted this one too much – who can blame him for that?

Forget about the time differences and look at the result for the young Frenchman. After a bitterly disappointing season so far, Loubet needed things to change and that’s exactly what happened here in Estonia.

The pressure was massive, but he brought the car home in one piece having completed every stage.

This will hopefully be the foundation that Loubet needs to start moving forwards. As a minimum, he has at least arrested the rapid backwards slide.

Another frustrating weekend for Greensmith, with reliability issues once again hampering his efforts to build more consistent, challenging pace.

Opening the road on Saturday wasn’t an experience that he enjoyed but a fortuitous problem on Sunday morning meant he had a better road position and his performance again demonstrated promise for the future.

He seems to have cut out the silly mistakes that all too often cost him in the past and that in itself is encouraging.

This was the rally where Suninen had to throw everything at it and show the rallying world that the talent we saw many times a few years back is still very much there. But at the end of Estonia we’re left wondering whether it really is still there.

He leaves Estonia, if anything, even further down the list of drivers you’d want in your car in 2022. I feel really bad saying this because Suninen is the loveliest guy, but he seems lost.

He just doesn’t seem capable of pushing his car to anything like the limit and with so much at stake that is incredibly worrying. Will he get one final chance in Finland? We’ll have to wait and see.

Do you agree with Colin’s ratings? Let us know in the comments below.

Solberg and Huttunen to debut Hyundai i20 N Rally2 on Ypres