Eight weeks today and the 2023 World Rally Championship season will already be a day and a bit old. So, good job next year’s calendar has finally landed to give us an idea of where we’re going once we merge from the sunny side of the French Alps.

The toing and froing between the WRC Promoter to the FIA has delayed the calendar longer than ever. That’s bad. But ultimately, the short-term pain of waiting so long to find out where the world’s best sport will be stopping next season will help streamline a multi-faceted process moving forwards.

If we’re in the same position in 12 months’ time, heads will roll with some justification.

But for now, let’s put the politics to one side and consider the 13-round schedule delivered from the FIA’s World Motor Sport Council on Friday.

Monte and Sweden, no surprises there. These two were telegraphed. More than that, regulations demanded dates were done for Monaco and Umeå – it’s a rare thing that entries for round one open before confirmation that round three is happening.

Not heading west was an oddity for the WRC this season (unless you went the Pacific route to New Zealand). It just wasn’t right. Some of us were fortunate enough to still travel to Leon for the Rally of Nations, an event run out of the same service park in an effort to maintain México’s relevance. It worked a treat.

The organizing team – headed by Patrick Suberville and Giles Spitalier – remain as sharp as ever with talk of a powerstage which will offer one of the most dramatic backdrops of the season. And, let’s not forget, the Guanajuato start’s not bad either. In terms of atmosphere and hairs standing up on the back of the neck, nothing competes with a Thursday night in and among the colour the clamour and the glamour of the ceremonial start of the season.

And México doesn’t come alone. Chile’s in too. Back for the first time since 2019, the Conception event offers European-style stages in South America. Basically, it’s what Wales Rally GB would look like if the Andes were stacked just outside Welshpool.

Big debate over this one as Chile comes at the cost of its nearest neighbour, Argentina. Three years ago, the two events ran, split by a week giving the teams time to hike across the hills. The southern hemisphere double-header was a big talking point in 2019, but ultimately questions were raised as to the value. It quickly became clear, it would be one of the other. It’s Chile.

That’s going to be hard for the purists – and the drivers – to take. Argentina had been a WRC staple for four decades for a reason. The roads are awesome, the vistas legendary and the fans counted in their millions. Is it the end for Argentina? Not according to sources. The rotation word has been raised on numerous occasions and maybe that’s the future for a trans-Andes alliance.

The fundamental question of why Chile over Argentina delivers the inevitable financial answer. Much as we would all love to see the classics in, it would be naïve not to understand that supply and demand is still a significant consideration.

And that economic theory is best demonstrated by the loss of Spain in favour of the Central Europe Rally.

Salou’s great and delivers a fine and very fan friendly service park with good access to stages, but it simply can’t compete with an event just east of Munich, south of Prague and west of Vienna and running across the German, Austrian and Czech borders. This event is based right at the very heart of the hardcore central European fans.

From the outset, the big question here is going to be about controlling numbers of spectators. This is something which has been talked about for years, always to wide-eyed stakeholders who envisage packed service parks and even more packed roads.

Much as it’s sad to lose Spain, we have to look forward. Global sport is evolving and the WRC has to be part of that. We can’t stop and stare into the past, we have to move forwards and challenge ourselves and our sport to be better. We’ve done cross-border events before, with Ireland, Northern Ireland, Sweden, Norway, Poland and Lithuania all featuring. Three’s new. And exciting.

Following Spain out of the door is New Zealand and Belgium. Both will be back and both left their mark for the best of reasons. 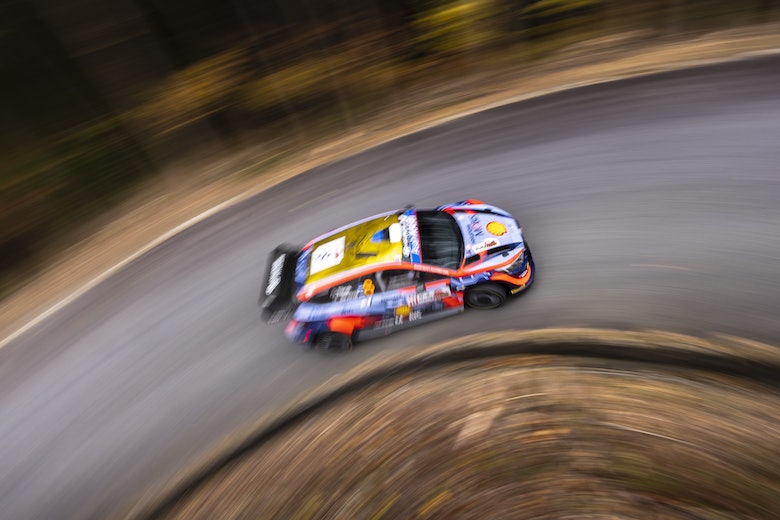 Granted, this is a World Rally Championship, but this is also a world coming to terms with a post-pandemic economic downturn.

If there was a surprise in there, it’s the retention of a 13-round schedule and no Saudi Arabia.

The Middle East remains very much on the agenda, with the potential for a candidate round early next year before the step up in 2024.