Markku Alén has always been one of my absolute heroes. Always. I loved his skill, swagger and style. Who knew a two-eyed balaclava, full-face Marlboro-stickered crash helmet and Martini overalls could look so cool? Markku did.

And then, in all his sartorial coolness, he slid behind the wheel of a Lancia Delta S4.

At the other end of the stage, headgear off and Ray-Bans on. Whatever the weather. What’s not to love?

And there he was in a qualifying round up against today’s defending World Rally champion Ott Tänak. What to do?

I’ve known Tänak all his career and have always got on well with him. But this is nothing personal. This is not about who do I like? It’s about who do I think is the greater of the two drivers?

That was where Tänak squeezed home. Just. Tänak’s bounced back after bouncing off a fair few walls, trees and rocks in his time. And he’s bounced back as one of the strongest characters in the history of rallying. And his time over the edge has given him a real feeling for that edge. And a degree of comfort driving on it. That’s why he’s there. 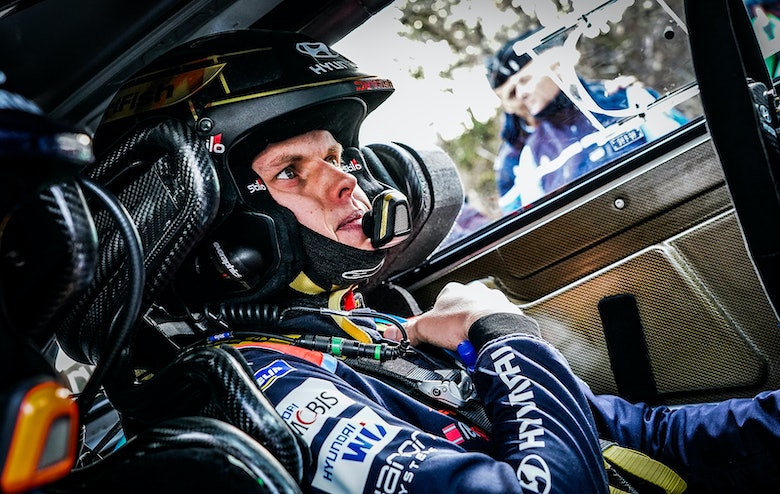 His reward for beating Alén in WRC.com’s search for the Greatest WRC Driver? The chance to go up against four-time champ and his current boss Tommi Mäkinen.

Elsewhere in the qualifying round, Petter Solberg got my vote to help him beat Jari-Matti Latvala to face another Finn, Juha Kankkunen in the next round.

Arguably a more surprising result came when Stig Blomqvist edged Ari Vatanen in one of the closest qualifying results. I’d gone for AV and, when I looked, he appeared to be closing on the final 16 quite nicely. A late flurry put Stig ahead, writing his name next to Sébastien Ogier in the next round.

The first Englishman ever to win the WRC, Richard Burns, put Timo Salonen away (with the help of my vote), only for the much-loved late great to face the rather daunting task of nine-time champ Sébastien Loeb.

That full first round opened on WRC.com on Wednesday (April 8), with voting running for 24 hours.

Beyond ding-dong battles between the likes of Tänak and Mäkinen, it’ll be worth keeping an eye on Walter Röhrl versus Colin McRae and Carlos Sainz, who’s up against Hannu Mikkola. The great Group A battle comes between Miki Biasion and Didier Auriol, while Marcus Grönholm faces the first ever world champion in Bjorn Waldegaard.

But the pick of the battles, for me, has to be Mäkinen vs Tänak. Tommi is super-popular all around the world, but Ott’s already demonstrated a following big enough to defeat one of the sport’s true legends in Alén.

Can he take the scalp of a second flying Finn? Let’s see.