Sébastien Ogier believes the drivers are making more of a difference than the cars in the battle between World Rally Championship rivals Toyota and Hyundai to be fastest.

The pace differential between the Yaris and i20 Coupe World Rally Cars has been a talking point throughout the 2021 season, and Toyota seemed to be on top on last week’s Acropolis Rally in Greece.

It filled out two of the three podium spots, with Kalle Rovanperä winning and Ogier finishing third, while its three drivers locked out the top three on the powerstage, with Rovanperä edging Elfyn Evans and Ogier.

When it was put to him by DirtFish that Toyota had had another successful weekend and the Yaris looked to be getting better and better, Ogier questioned comparisons being made between cars.

“It’s pretty funny that after every win there is always a discussion, like if Hyundai wins [the question is] ‘is Toyota in trouble’? If Toyota wins [then] ‘Toyota is strong’,” he said.

“I think sometimes we should stop trying to put excuses into places or whatever and maybe appreciate even more the performance of the drivers, and the drivers make the most difference.

“This weekend one was clearly over everybody and it was Kalle, and he deserved his win very much with Jonne [Halttunen] of course.

“Let’s see what happens on the next rally, then it’s Finland, but for me I believe that competition is super-close between these two cars.

“It’s true that Toyota is probably a little bit more reliable and we can count on it a bit more, but if you ask Elfyn this weekend he will not say the same [after his gearbox issue]! 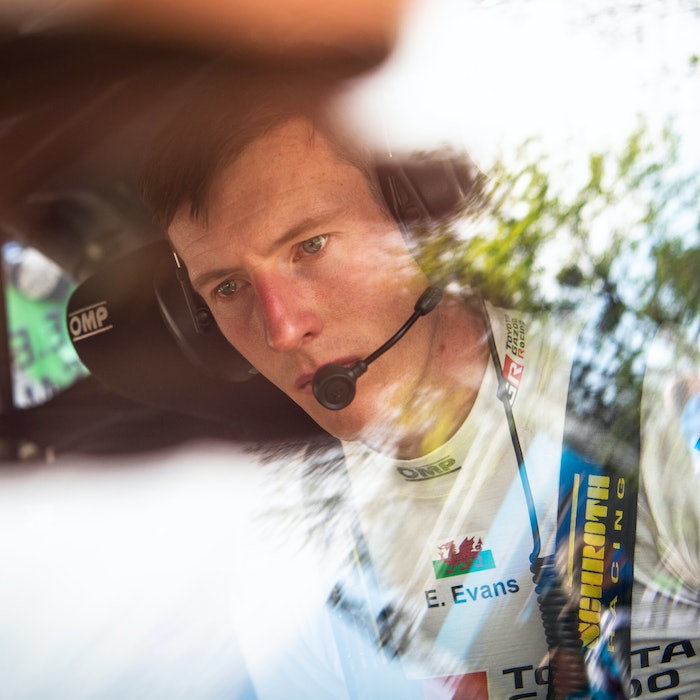 “That’s part of the game, unfortunately we have to accept it and we have to feel very fortunate to be there and have the chance to drive these fantastic cars, it’s a lot of pleasure.”

Ogier’s team-mate Evans felt that Toyota did appear to have the edge in Greece, but that was of little surprise to him given the Yaris’ performance on similar events like Portugal and Italy.

“I think we’ve seen a bit of the table turn from one side to the other,” Evans said.

“It’s inevitable that in certain rallies that certain cars are going to be better-suited. We knew we had a fast car in Portugal, Sardinia, [so it] wasn’t such a surprise to know that the car was going to be competitive here.”

Dani Sordo, who finished a distant fourth for Hyundai, said the team had not expected to be as far away from Toyota across the Acropolis weekend.

“It’s not the job we want to do, we want to fight more and to be more on the top,” he said.

“This rally we were expecting to be a little bit closer, but the conditions all rally were not like we expected.

“But we couldn’t be on the pace a lot, so it was not perfect for us. OK, the result was fourth position, which was not bad, but I was not really happy at the end.”