Sometimes it takes a friend to get you on the right road. Jari-Matti Latvala’s mate thinks so. That’s why he called the Finn following his Rally Sweden test on Friday.

Debrief done, J-ML took the call. And accepted the advice.

“My friend, he told me: ‘Jari-Matti, my only wish for you now is that you don’t start to panic and making yourself stress’,” Latvala told DirtFish ahead of his World Rally Championship return in a self-entered Toyota Yaris.

“Honestly, because of the situation I am in, I am bringing no pressure to myself.

“For the first time in a really long time I am driving without any worries and a really clear mind. I have so much energy for this event now.

“I could tell, as soon as I started in the car, the pressure is gone. It’s so nice a feeling.”

Latvala shared a day of running in Toyota’s test Yaris WRC with Takamoto Katsuta close to Toyota Gazoo Racing’s base in Puuppola. 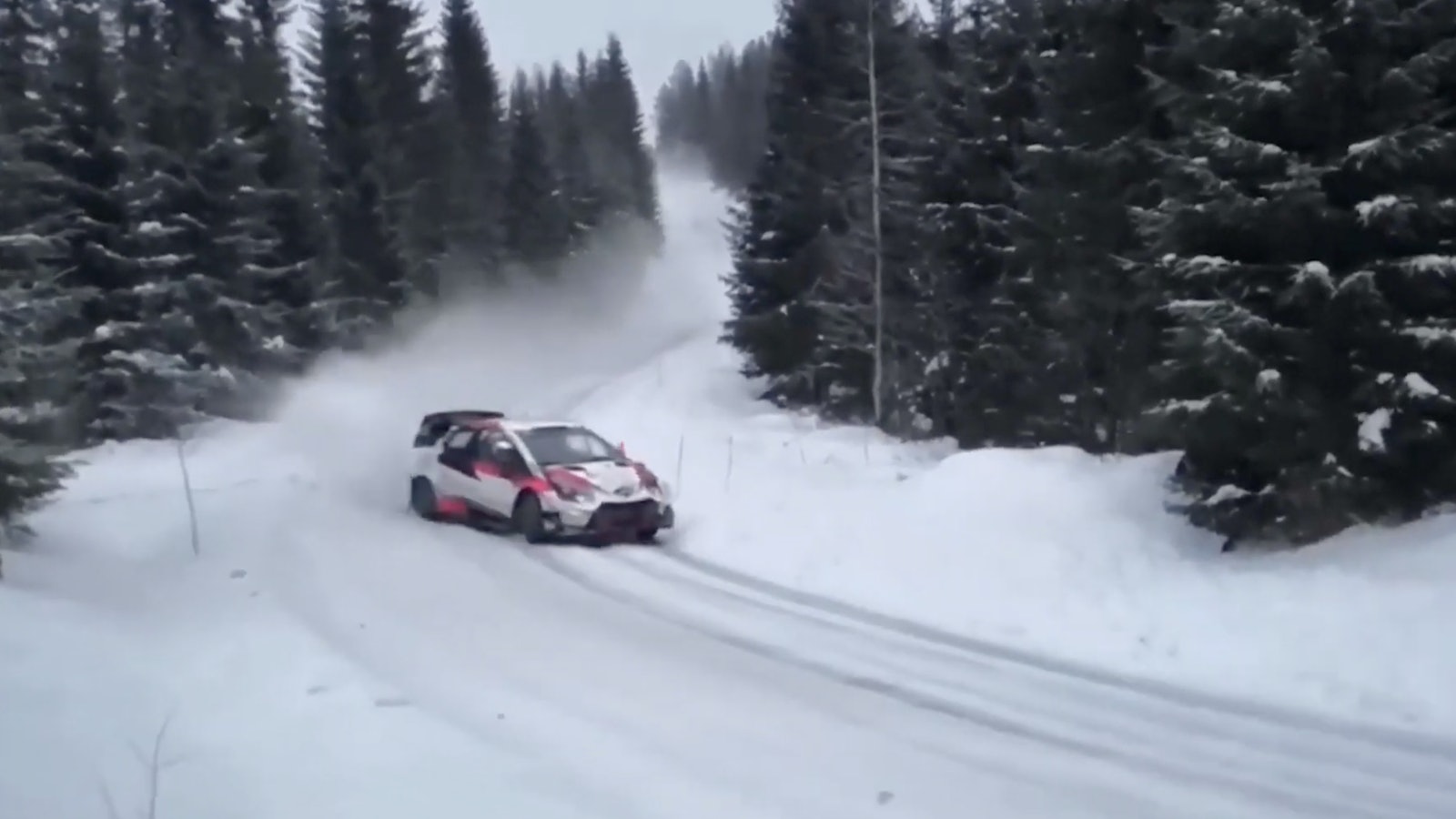 Watch Latvala testing the Yaris ahead of Rally Sweden

“Maybe the conditions were actually a little bit too good for the winter,” said Latvala.

“We had maybe 20 or 30cm of snow on the ground and then we had some more snow falling and I don’t know if we will have so much next week.

“The good thing was, we had some gravel coming through and this was helping for us to be ready for what the conditions could be like.”

With just half a day of running, Latvala wasn’t able to make the full sweep of set-up options available, but he’s happy ahead of next Thursday night’s Karlstad start.

“I have taken pretty much the set-up I had on this event last year,” he added.

“The test was good for me to get back into driving. It’s so long time since I was last in the car; it was Spain in October.

“Honestly, I was like the kid in the candy store when I was driving. I enjoyed it so much.

“For the first run, I was finding the feeling again, but then it was really nice. Everything else was gone from my head. I was just driving and I had really missed that feeling.”

Can he chase a fifth Swedish win?

“I don’t know what is possible,” he said. “I have the same car like [Sébastien] Ogier, [Elfyn] Evans and Kalle [Rovanperä], so there’s no doubt the car is capable of winning, but we need to see how quickly I can get the feeling and the confidence again.”

Latvala’s Rally Sweden effort was officially unveiled at a press conference in Helsinki on Saturday, with Gigapotti, Antti, Michelin, Top building and Viita announced as the backers for Latvala’s first WRC start in four months and his first start as a non-manufacturer driver since Rally New Zealand 2006.

Greensmith out to prove he deserves his WRC drive