World Rally Championship points leader Elfyn Evans has crashed out of the Monza Rally on the Gerosa stage after losing the rear of his Toyota Yaris WRC.

Evans, who headed to Monza 14 points clear of team-mate Sébastien Ogier, was lying third overall before SS11 and on course to take his first drivers’ championship. Evans was 4.5 seconds up on Ogier through the first split.

But in the snowy and treacherous conditions, the rear got away from Evans on a tightening right-hander and he slid down a bank and into retirement. Both he and Scott Martin are OK.

Ogier narrowly avoided a similar fate as he passed Evans’ stricken car and completed the stage, quicker than anybody else at that time.

“[My] first reaction is I have to not do the same,” Ogier said after the stage. “It was incredible, the corner he went off there’s nothing you can do it’s just like ice. They slowed me down and I nearly went off. I’m sorry for them. The championship is not over so I have to make it through and it’s a very big challenge. We had a good fight, we had good fun but the last moment is not really fighting it’s surviving.”

Six-time champion Ogier now only needs to score 14 points to steal the title from his team-mate. He is currently on course to score 25, with a further five-points available on Sunday’s powerstage.

His rally lead is up to a handsome 20.4s over Hyundai’s Dani Sordo after SS11, following Sordo, Esapekka Lappi and Kalle Rovanperä having their notional times from Friday’s SS4 adjusted when all three were hindered by Thierry Neuville’s stricken Hyundai, meaning they all gained 2.3s.

That closed Sordo to within 4.4s of rally leader Ogier but as the conditions on SS11 worsened, Sordo dropped 16s and described the conditions as “really s***.”

He added: “I didn’t want to make a mistake because I knew Evans was off so there was that much pressure. We need to try and get the manufacturers’ championship but these conditions it’s hard to [even] bring the car home.”

Evans’ demise has promoted Ott Tänak into third place, but the Estonia clearly wasn’t entirely satisfied as he quickly got out of his Hyundai and had a look round his car before offering no stage-end comments.

He was set to lose several seconds on the previous stage before that time loss was wiped by the stage being canceled. Tänak is 1.9s behind his team-mate Sordo.

Lappi is fourth overall but not happy either.

“No-one told us that it’s snowing,” he fumed. “Our information is that it’s just wet.”

Rovanperä is fifth for Toyota and described the challenge everyone was facing:

“Now it’s going really crazy I have to say, here at the end when it’s starting to be slow and slush you have to be really slow, almost at walking speed.”

More from a dramatic Saturday afternoon in Italy 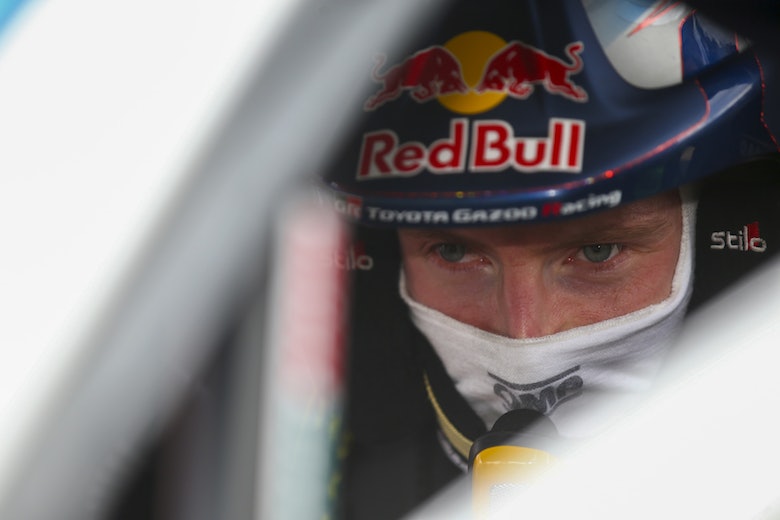 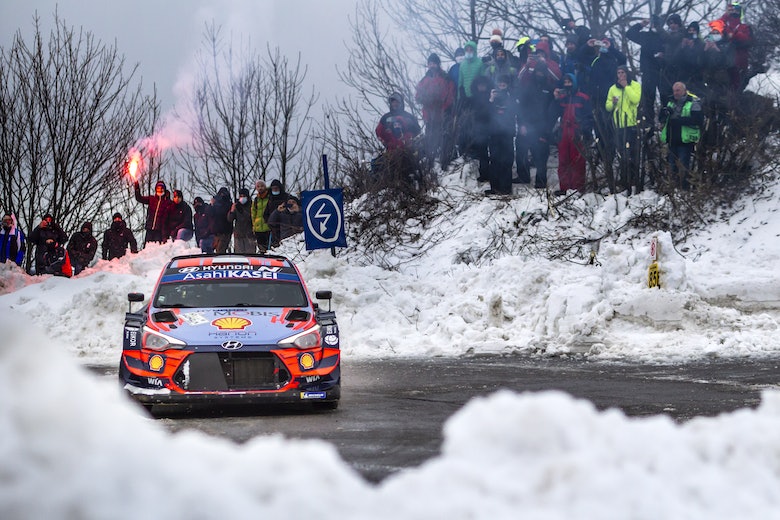 Monza Rally cancels another stage as snow builds up