A helicopter carrying Sébastien Ogier, Benjamin Veillas and Scott Martin was forced to make a low-level emergency landing in Athens on Monday.

The helicopter was due to fly the Toyota crew from Athens airport to the site of the team’s test in Itea on Monday night.

The Toyota Gazoo Racing team is testing in Greece for next month’s Rally Turkey – testing is prohibited outside of Europe and Turkey is classed as an Asian event.

The Robinson helicopter took off, but the pilot landed immediately when the problem was discovered at a height of around six feet.

Some initial media reports had suggested a serious incident had taken place, but Martin clarified the nature of what happened.

“Thankfully we didn’t get any higher before he found the problem and we’re all absolutely fine.”

The last couple of days have been fairly action-packed for Martin, following his and Elfyn Evans’ sizable crash at the South Estonia Rally on Sunday.

“It’s a day by the beach today,” he added, “no rally cars, helicopters or anything. Just a day of relaxing before the test tomorrow.”

Neither Evans or Martin were hurt in their Estonian shunt.

“The belts did their job, everything did its job,” said Martin.

“OK, we’re a bit sore where the belts were, but that’s all.

“The biggest thing was the shock for me. When you hit something buried in the grass like that, you just don’t expect it.

“When you feel the car start to slide wide, you kind of half expect something might be coming and you’re a little bit ready for it. But this one was like a bomb going off in the car.

“One minute everything was good and we were going well the next there was this huge noise and the car was on its side and away.” 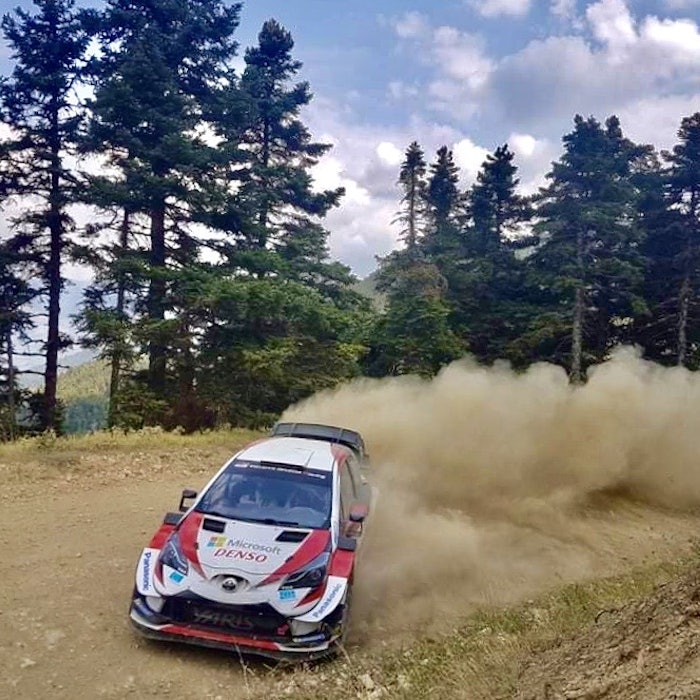 Sébastien Ogier and his Toyota team are in Greece to test its Turkey-specification car, and Ogier's already back behind the wheel.

Rally convert Nitiss back to World RX with ES Skoda