The FIA has amended the World Rally Championship sporting regulations to account for any hybrid unit failures on Rally1 cars.

Both Ott Tänak and Elfyn Evans were forced to retire on last month’s Rally Sweden after the lights indicating the safety of their 100kW hybrid units, provided by Compact Dynamics, flicked from green to red, prompting an automatic retirement.

Tänak was particularly stung as he was lying second overall when he encountered his problem on the rally’s first day, while Evans’ downfall was more self-inflicted as he had already crashed into a snowbank.

The standard penalty for missing a stage is 10 minutes if a competitor is restarting on the following leg, so Tänak lost 20 minutes and any chance of a points finish – let alone a podium or a victory – because of an issue that was outwith his or Hyundai’s control. 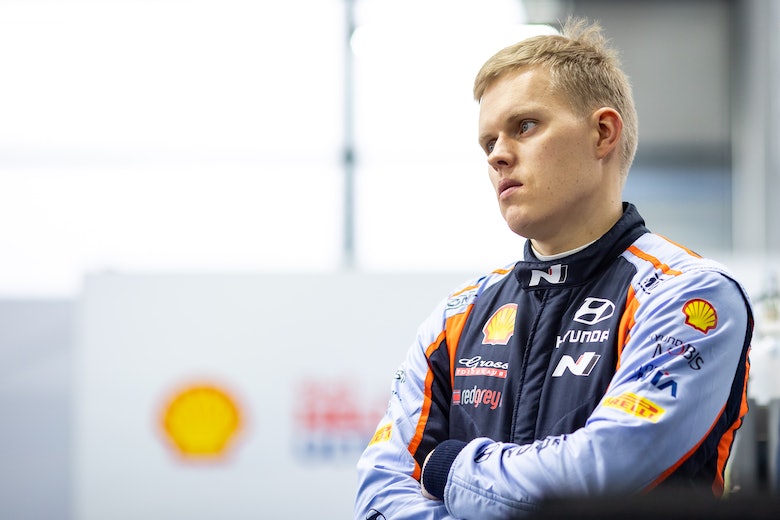 That caused particular ire, with Tänak urging the FIA to “react” to the situation.

He told DirtFish: “I really hope that something comes up after the rally and we will start to have some discussions. It’s been quite strange and for sure it’s not leaving a professional feeling to the sport.”

Notional times had been mooted by some as a solution but instead the FIA has significantly reduced the punishment for crews should their hybrid unit fail – lessening the penalty for missing a stage from 10 minutes down to just two.

In Tänak’s case in Sweden, that should’ve allowed him to claim at least a top seven finish, ahead of the leading Rally2 cars.

An extra day of testing has also been granted following consultation between the FIA and the manufacturers based on the initial development cycles of the Rally1 car.

Rally Sweden was the first event where the hybrid units had a direct impact on the sporting contest.

While on the season-opening Monte Carlo Rally a few drivers incurred fines for driving in electric-only zones with their internal combustion engines activated, there were no system failures to speak of.

The new rules will come into place immediately on the next round of the WRC, Rally Croatia, in five weeks’ time.

Have Block and his Hyundai become the ARA yardstick?