Over a minute. That’s the lead Kalle Rovanperä has after the first day of Croatia Rally. It’s almost unheard of in this day and age.

Rovanperä was meant to be taking a cautious approach to the World Rally Championship event, with no focus on winning the rally to ensure his championship lead remains intact, but he has exceeded all expectations.

He’s gone above and beyond, elevating himself to an entirely new level, and if you had to place your bet now you’d be hard pushed to go against him winning the event, such is the form he is in.

And it’s not lost on Toyota team principal Jari-Matti Latvala. He’s fully aware of the performance Rovanperä has put on today, and he doesn’t think the 21-year-old has ever driven any better.

“For me, Kalle has done his best performance ever in a world rally car,” Latvala told DirtFish.

“He’s driving on the Tarmac, in an event which he did last year only five kilometers.

“Conditions have been really, really demanding, very difficult. He has done no mistakes, no punctures, winning six stages out of eight.

“That’s why I would say it’s his best performance in a World Rally Car he has ever done.” 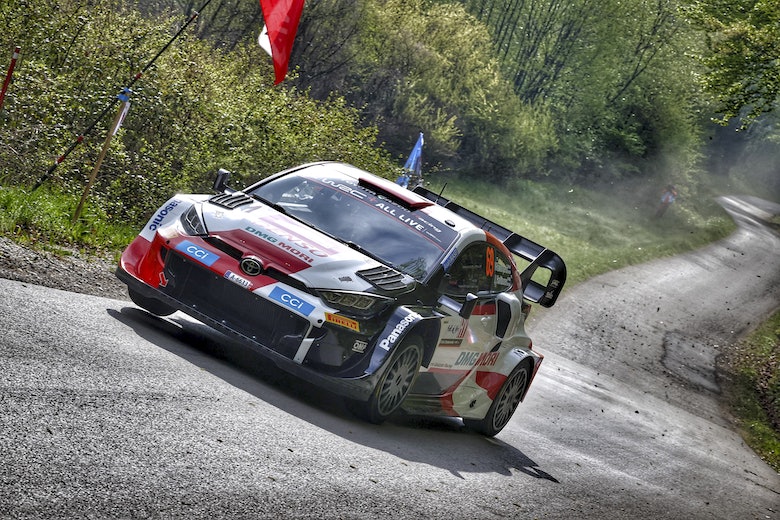 ROVANPERÄ RACES AWAY ON FIRST DAY OF CROATIA RALLY

Can you really argue with that?

Coming into Croatia everyone has spoken about how experience of the rally will be vital, and earlier in the week, even Latvala stated that he would be expecting Elfyn Evans to lead Toyota’s charge for the rally victory, given how much knowledge he has of the stages compared to Rovanperä and Esapekka Lappi. But Rovanperä has torn up the form book.

Of course, being first on the road in the difficult conditions that graced the stages today was always going to be a benefit, but Latvala believes that isn’t the only reason why he is so far out in front.

“OK, for sure the conditions were so difficult that he was equalizing the gaps between drivers,” conceded Latvala.

“And yes he got some benefit from being first car on the road, but then on the other hand if you look also in the afternoon, he was first car over the cuts in the road, and he was still able to win stages.

“So it also shows he can commit and always be at a very high level.”

There’s still a long way to go in the rally. Anything can change, especially with the current conditions on the stages.

But, if Rovanperä has a repeat performance tomorrow, this year’s world title race is looking more and more difficult for the chasing pack.

We met the farmer whose garden Fourmaux crashed in