“It’s a really big mix,” says World Rally Champion Sébastien Ogier in description of the route that makes up this weekend’s Rally Croatia.

“It’s nice, you don’t get bored with anything this weekend,” he adds. “You can please everybody: if you like the fast, if you like the twisty and in the end to win the event you will need to be competitive everywhere.”

The WRC has landed in Croatia for the very first time and the crews have all completed their two-pass recce of the 10 different stages that will feature over Friday, Saturday and Sunday.

Rainy weather has made the recce itself a bit of a challenge, with snow even lining the sides of one of the stages earlier in the week.

As with any new event on the WRC calendar Croatia marks a big step into the unknown, but what are the world’s best rally drivers making of this fresh challenge?

“Tricky,” says Hyundai’s Craig Breen. “I guess everyone else is going to say the same thing: tricky. It’s difficult. Quite a big surprise I have to say.

“Obviously we’d seen the recce videos beforehand and seen what the stages had to offer over the last couple of weeks watching the videos,” Breen continues, “but it’s quite a bit more challenging I have to say than what we expected.”

The weather could have a major influence on how the stages look when the drivers approach them. If it’s wet – which it could well be as the latest forecast indicates it will rain on Thursday before the rally – then the roads will be far muddier than they otherwise would be, as Breen cautions.

“Obviously the weather that’s been here the last couple of days has been quite tricky,” he says, “we’d [had] quite a lot of rain on the first day of the recce particularly and the nature of the stages, you can cut them quite a lot and the sides of the road are quite soft.

“They have put some anti-cut devices in but not many at all.”

It looks very busy, very hectic in places, but I think the main thing will be how polluted the road will be Gus Greensmith

“It feels that the stages are really demanding, quite tricky in many places and also quite different.

“There is many different kind of types of roads and a lot of mud and dirt from the cuts so yeah, the weather will be changing quite much. It depends in which way but we have to see what it’s going to be but it’s a difficult event.”

M-Sport driver Gus Greensmith thinks tire choice could come into play given how dirty the roads are likely to get. Already from the recce the roads have become littered with mud and rocks, and that’s only likely to get worse when rally cars start attacking the corners.

“It looks very busy, very hectic in places, but I think the main thing will be how polluted the road will be,” Greensmith says.

The @croatia_rally will provide a unique challenge this week. @voiceofrally talks us through what the crews can expect from @OfficialWRC round three. pic.twitter.com/vuJhP4zhkK

“Apart from where the anti-cut markers are I think pretty much every single corner can be cut. I think we might see a couple of tire gambles but we’ll see.”

The consensus also seems to be that this really is a bespoke challenge. Of course we all know it is is a new proposition because the WRC hasn’t been to Croatia before, but when asked to compare the nature of the event to any others in the WRC, drivers and team principals offer varying responses.

Elfyn Evans can see a bit of Rally France in Alsace – a WRC round from 2010-2014 – and even a little bit of Ireland in the terrain. Thierry Neuville says the stages remind him of Italy, “especially regarding the grip level,” while M-Sport’s WRC debutant Adrien Fourmaux simply describes it as “five rallies in one”. 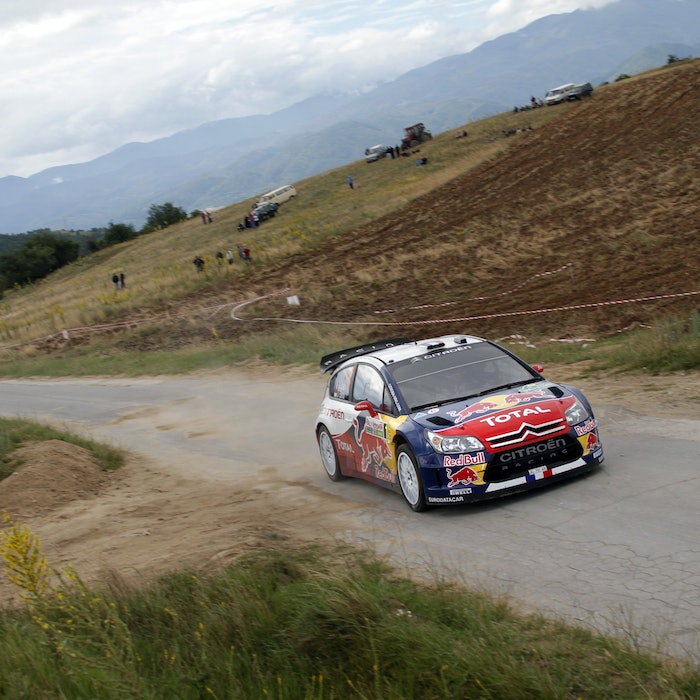 Toyota team principal Jari-Matti Latvala notes the rally is similar to Bulgaria; the last country the championship visited in Southeast Europe back in 2010.

“Some stages remind me of that,” Latvala says. “Some remind me of Ireland and also some section from Alsace. Then even some sections from Rally Germany. Some there’s quite a big mixture of the different things in this.

“Even SS17 reminds me a bit of Monte Carlo, that’s the only mountain stage, where you have a wide road going up to the mountain then coming downhill. But that’s a proper mountain stage and there’s not so many cuts so it will stay quite consistent.”

Back to Ogier: “To be honest it’s not wrong, it can be a mix a bit of all of that,” he says when his colleague’s comparisons are put to him.

“The truth is it’s very hard to give really a characteristic on this rally because it’s very diverse. Like you find a bit of everything in there and I think the challenge looks pretty exciting honestly. I’m looking forward to start this event.”

Ogier’s team-mate Evans offers a bit more insight into the specific nature of the asphalt. Is it abrasive, slippery, gentle on tire wear?

“There’s a bit of everything, is the truth,” he says. “There’s a lot of surface changes throughout the event.

“There’s sections with brand new Tarmac, very very smooth Tarmac and there’s a lot of the more abrasive, broken up kind of Tarmac as well, and that’s changing a lot throughout all of the stages to be honest.

“So I think we’re going to see a lot of varying grip levels from the Tarmac. I’m not sure we’re at the point where tire wear becomes a huge issue. But yeah, a lot of changing grip from the different surfaces.”

First impressions then? Croatia is going to be difficult. We’re in for a treat this week. It should be spectacular.

Ogier agrees, even if the drivers will have their work cut out to stay alert.

“Challenging conditions yes most probably but that’s also what rallying is about,” he concludes. “I think it’s going to be an interesting event.”

Who are we to argue? 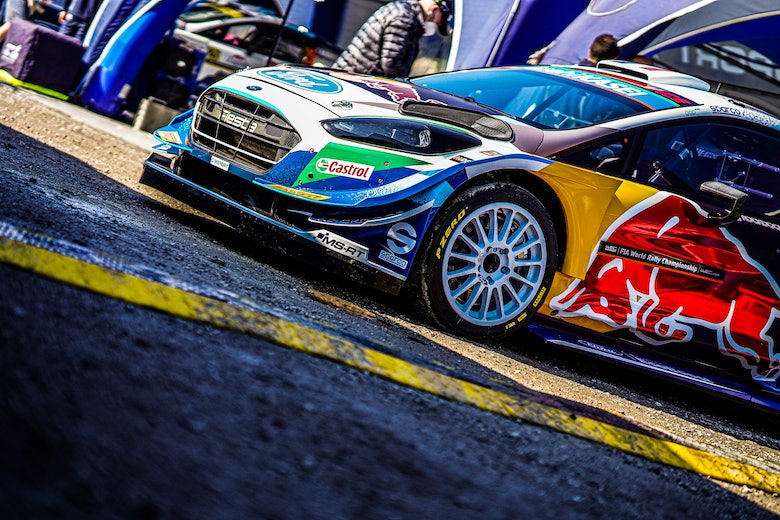 What will the best tire strategy be in Croatia? 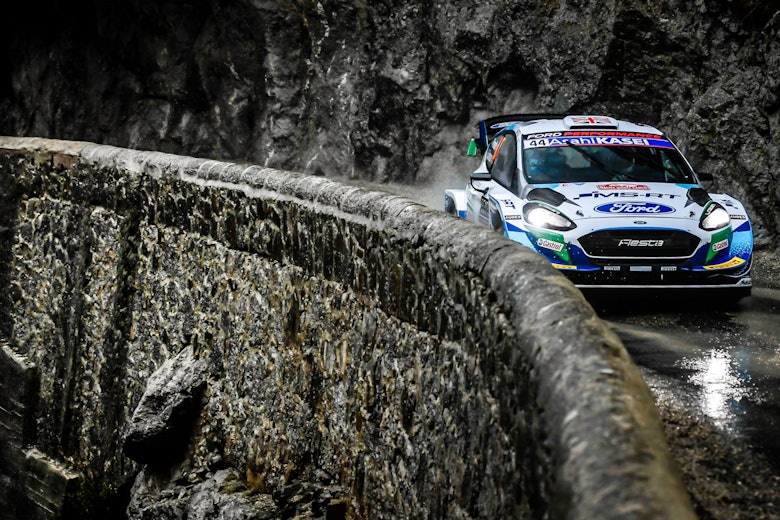 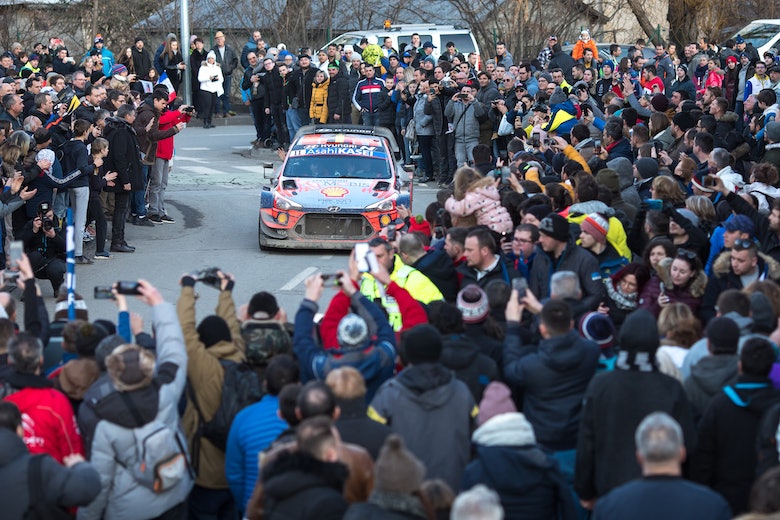 Who to watch on ARA’s Olympus Rally