It’s Monday morning. December 8, 1986. In a Tumwater hotel car park, a man in a headband is washing a car. The early Washington winter gloom is setting in, but it’s passed Rino Buschiazzo by. Rinsing the mud which has gathered from the Pacific County roads north of Raymond, between the trees on both sides of Highway 101, he does it with a smile.

Rino’s man is, of course, Alén. The great Markku.

Just hours before, that same Lancia Delta S4 had arrived at the end of a tumultuous 1986 World Rally Championship season. The result of the 13th round was a 1m26s victory for Alén over his countryman and Peugeot rival Juha Kankkunen.

The last 12 months had taken their toll on everybody. The last three-and-a-half days (and five-and-a-half hours’ competition) had pretty much done for the Finns. Arriving into the finish, Alén and co-driver Ilkka Kivimäki sat in the car and simply stared straight ahead. Gripped by the moment, their thoughts and reflections on whether the tragic, fatal desperate lows of this season could be matched by this moment were broken by the door opening.

Lancia team manager Nini Russo was first in, the diminutive Italian helping unfurl Alén’s lanky frame from the Group B car for the last time. They hugged. Alén’s chief mechanic Rino was next in. 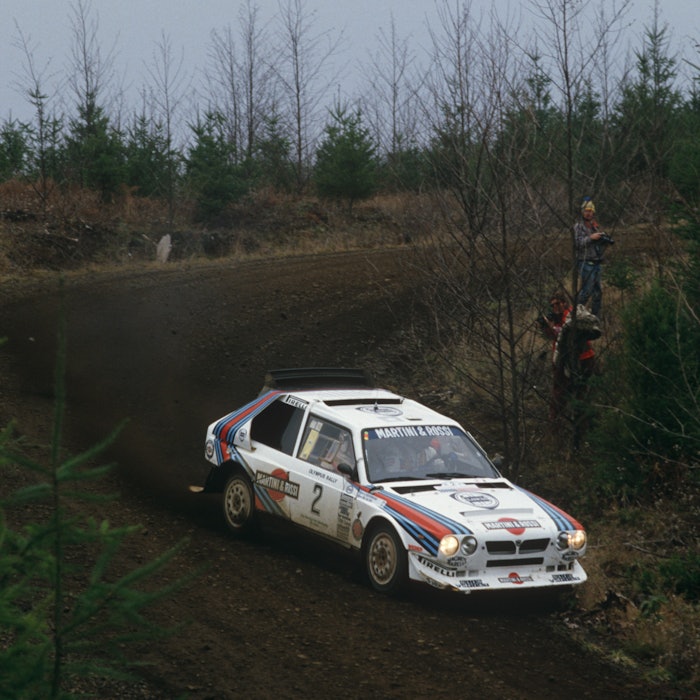 THE 1986 OLYMPUS RALLY THE END OF A WHOLE RALLYING ERA

The results of Rally Sanremo (the event where Italian scrutineers had excluded French Peugeots for running what they felt to be illegal side skirts on the 205 T16 E2s) were annulled. The loss of his 20 points from Italy left Alén’s tally 14 short of Kankkunen.

The 11-day champion was crowned in Tumwater and deposed in Paris.

The Olympus Rally had been the United States’ first world championship event since the Michigan-based Press on Regardless Rally 12 years earlier. It’s arrival as the rally which brought the curtain down on one of the most contentious formulas in the history of motorsport ensured it would remain seared in the memory for decades to come.

“I didn’t know about this rally,” Alén told DirtFish. “For America, we knew Pikes Peak, but not Olympus. Nobody knew nothing about this one.”

The Olympus Rally’s appearance on the 1986 calendar had come out of the blue at another FISA executive committee meeting 12 months earlier. The teams expected a 12-round schedule, when the Washington State-based event landed as the last round.

At that time, America’s governing body of motorsport – the SCCA – sanctioned only one international event, the Carson City Rally in Nevada. That was the only event which could even be considered for WRC inclusion. But the FISA rallies commission hadn’t considered it.

It had been fast-tracked by FISA president Jean-Marie Balestre. Seeing this as an opportunity to make a strong American ally in his battle against the European-based sporting clubs and Formula 1 teams, Balestre essentially demanded the Olympus be put on the calendar.

And there it was. For three years. 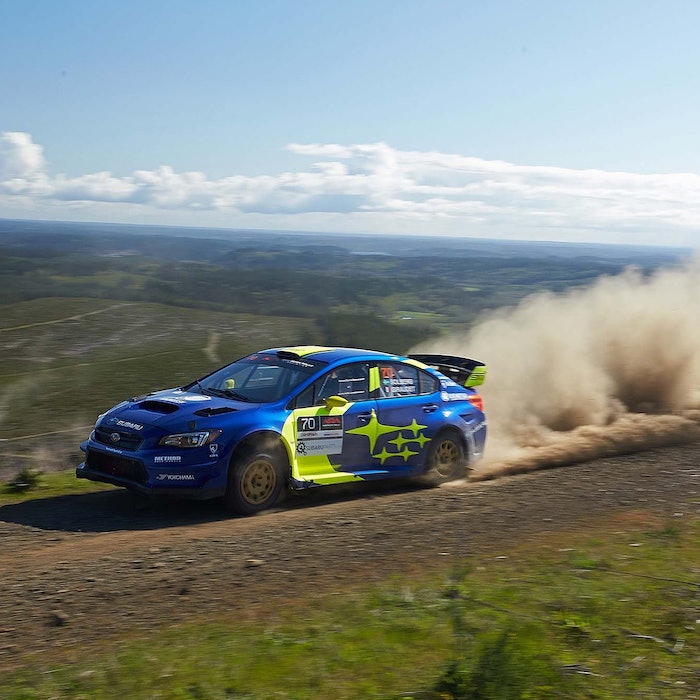 WHAT TO EXPECT FROM ARA’S OLYMPUS-SIZED SHOWDOWN

Lancia team principal Cesare Fiorio doesn’t remember there being much to entice him to America at the time.

But when Peugeot said it would be sending a sole 205 for Kankkunen – ironically the very car he’d used and had thrown out of Sanremo – Lancia had to respond. After the 12th round of the season, Britain’s RAC Rally, Alén was a single point ahead.

Peugeot team principal Jean Todt was well aware of the judicial process which lay ahead to examine what happened in Sanremo two months earlier, but he couldn’t depend on it. The Velizy team had to fly to Washington. And if Kankkunen could win Olympus, then he would be champion regardless of any FISA enquiry.

He failed. And, incredibly, he failed because the Peugeot team botched the job and cost him a minute’s penalty after forgetting to change a battery on the T16.

After closing out 1986, the Olympus Rally moved into the middle of the calendar for a June date for the following two years. That changed the nature of the event considerably, with tires shredded across the dry forest roads in America’s Pacific Northwest.

Both 1987 and 1988 were dominated by Lancia’s Delta HF (the HF Integrale was used in 1988). All five factory cars finished in the top seven in 1987, with event first-timer Miki Biasion leading his (at the time) more illustrious team-mates Kankkunen and Alén until a misfire cost him the win late on.

The Italian took his revenge in 1988, showing Alex Fiorio the way home with victory by more than five minutes. Ten-time US champion John Buffum made the podium on his homeland’s final WRC counter, running his step-son Paul Choiniere’s Group A Audi Coupé Quattro to third, albeit only once he’d had a 12-minute penalty overturned courtesy of extensive knowledge of the SCCA’s rulebook.

But let’s not end this story of the Olympus on a contentious note. Instead, let’s head back to 1985 and the moment America’s most famous rally was in the spotlight for all the right reasons – when Hannu Mikkola gave Audi’s Quattro Sport E2 its first public airing. Mikkola guided the all-white, be-winged monster through the woods to take a maiden victory.

The Olympus was always one of those far-off, almost mythical events to me. I loved the way the woods looked so like those native to the RAC Rally, yet they were from another world. Watching the madness unfold in late ’86, I couldn’t have imagined I would enjoy the privilege of working for the company backing such an event. Equally, who would have predicted my plans to visit the Olympus Rally for the first time would have been blocked by a pandemic which has paralysed travel around planet earth.

Time called on the Lucas Oil Off Road Racing Series