The Safari Rally organizers have completed their first route survey of the year ahead of Kenya’s postponed return to the World Rally Championship next June.

Clerk of the course Gurvir Bhabra has outlined plans for the first world championship-qualifying Safari since 2002 to DirtFish.

“It’s going to be a very, very similar route to the one we had proposed for this season,” he said.

“We’ve had a look at the roads and there will be some small changes. For example, we’re re-routing some of the Elmenteita stage to make sure the television and photographers get a better view of the lake [Elmenteita].

“Michèle [Mouton, WRC safety delegate] had suggested some changes and we’ve incorporated those as well.” 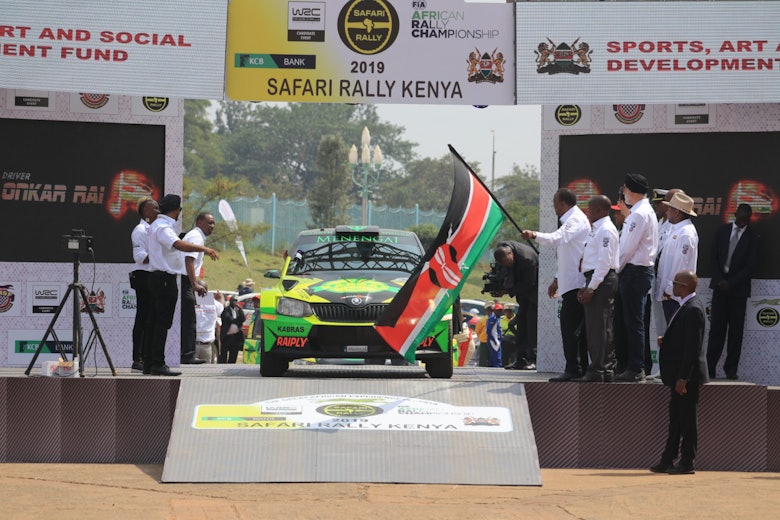 Bhabra said that inclement weather had hindered – and helped – the early inspection of the route.

“We have had a lot of rain recently, more than we would have expected for the time of the year, but we’ve still been able to get out and look around the roads. I’m not worried about the rain,” he said.

“There’s a lot, but where we’re going, we don’t tend to get mud holes forming. It does get a bit slippery, but it wouldn’t be enough to get cars stuck or anything like that.”

Bhabra admitted the rain was helping test the developments to the service park in Naivasha.

“We have been doing a lot of engineering work on the surface of the service park,” he said.

“We have put a small angle on the surface, raising one side, to help drainage – all this rain is helping to test this and it’s working well.”

The next real test of the Safari roads comes with an African Rally Championship round based on the same roads in April.

“We’re looking at that event as a good opportunity for a dress rehearsal,” he said.

“We’re using a lot of the route, so the ARC round will give us the chance to look for any issues in a competitive environment.”

The closest WRC finishes of the 2010s