Change is coming. In just two months and five days, Jean Todt will depart the role of FIA president. That’s a given. The other nailed on certainty is that his office will be taken by Mohammed bin Sulayem or Graham Stoker.

Both have launched their manifestos, packed with the promise of a brighter, sustainable future that will be transformed in their first term.

But only one of them is promising to double the level of global motorsport participation. Step forwards the 14-time Middle East Rally Champion bin Sulayem.

The 59-year-old knows rallying from all angles and is convinced he can bring people back to competition across the whole of motorsport – including his beloved Cross Country. Don’t forget bin Sulayem is the man behind the Abu Dhabi Desert Challenge, an event he started in 1991. 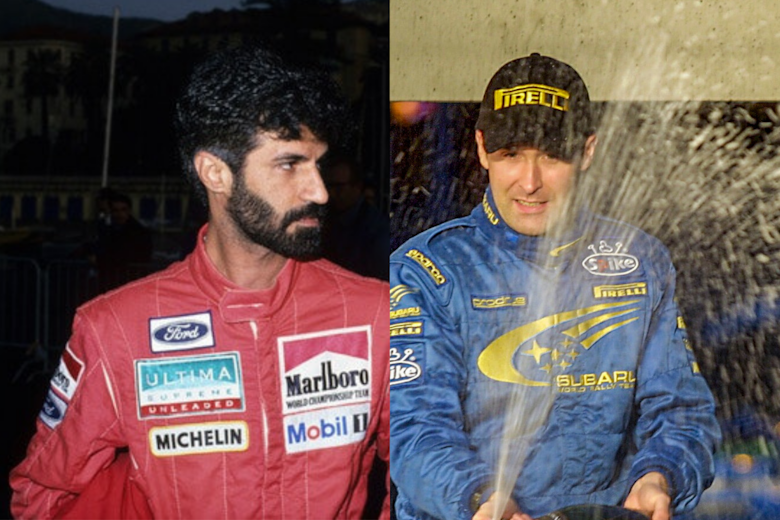 WHY THESE RALLY ACES SHOULD SUCCEED TODT AS FIA PRESIDENT

“We have to get the grassroots and the regions right,” bin Sulayem told DirtFish. “This is where I come from. I’ve been a driver, an organizer and somebody working within a national governing body.

“Seeing the sport at all levels has given me this ability to understand the need to sit down, engage with people and listen to them. But, more importantly than that, to take action. I will take action.”

With fellow rally star, 2001 World Rally Champion Robert Reid as his wingman (deputy president for sport) bin Sulayem’s wide-ranging consultation has taken him to service parks around the world, including Barum Rally Zlin last month. Demonstrating his desire to understand the need for change, he slid behind the wheel of a Ford Fiesta Rally3 – a car which, along with his bold plans to bolster karting and cross kart production, sits at the heart of the policy aim to enhance motorsport participation.

Mohammed bin Sulayem grasps the need for change, for regional empowerment and for a wholesale overhaul of the structure of governance. It runs through a manifesto that talks directly to the 245 FIA member clubs.

How do I know he understands all of this? Because I’m being told on a weekly basis. The lobbying being done by bin Sulayem, Reid and the team is impressive.

On the other side, Stoker’s apparent lack of visibility is causing concern in the service park.

The Briton, who has nine-time Le Mans 24 Hours winner Tom Kristensen alongside him, covers all the bases with his ‘FIA for all’ manifesto.

For some, Stoker represents more of the same – a consideration it’s hard to argue with given that he has served as Todt’s deputy president for sport for the last three terms.

He said: “We want to build on the strong work of the FIA over the last 12 years and create a sport that is truly progressive, representing all nations and open to anyone that wants to get involved, regardless of background or finances.

“This is the first opportunity to work with my impressive deputy president for sport candidate Tom Kristensen and we will be using our deep experience at all levels of motorsport to implement these ideas worldwide.”

While Stoker has flown into this race for the presidency under the radar, his experience in motorsport serves him well. Turning 70 next year, he first joined Britain’s governing body of motorsport in 1985 and he’s remained in the sport since then.

Despite a trip to the Safari Rally in the summer, Stoker’s not seen as a rally man. And with one of the world’s finest racing drivers in Kristensen alongside, it’s understandable that the service park is asking questions.

Stack those guys up against a man who’s won 14 FIA regional rally titles and still enjoys driving rally cars today and a former world champion co-driver and you can see why rallying is leaning towards bin Sulayem and Reid.