The Monte Carlo Rally was an unmitigated disaster for Hyundai.

Thierry Neuville struggled his way to fifth place. Ott Tänak crashed into a cliff-face and broke the front-end of his Hyundai i20 N Rally1 to bits. Oliver Solberg could hardly see or breathe for all the fumes pouring into the cockpit of his car.

It was a nightmare.

Just over four months later, they’ve finally woken up and found that’s all it was. A nightmare that could be woken up from.

Tänak’s victory on Rally Italy is the first for Hyundai in the Rally1 era. It had been the last manufacturer team to get the green light from the big bosses in the automotive division to build a Rally1 car. It built a prototype, then binned it and started almost from scratch a few months away from the season opener.

But on the hot and sandy island of Sardinia, it had finally been able to put the nightmare of Monte behind them.

“[It is] a big relief for me, for the drivers, for the whole team in Sardinia, as well as in [team headquarters] Alzenau,” deputy team director Julien Moncet told DirtFish. 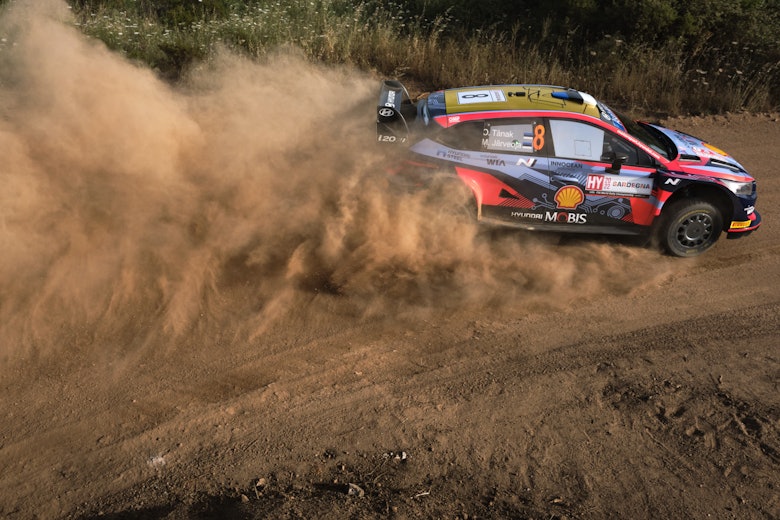 “It looked so far away but in the end it was just yesterday. What a change.

“We were really nowhere, such a horrible weekend and now I’m talking about going to open some champagne bottle tonight. We knew it would be possible but it’s always better when it happens for real.”

It was far from plain sailing to get here though. Ultimately a driveshaft issue on Friday cost Thierry Neuville almost two minutes before his crash the following day, while Tänak complained of time loss late on Friday that he said made his Hyundai feel like it only had ‘three-wheel drive’.

“Obviously we should be honest with ourselves: there is still a lot of work to do and we will keep pushing,” Moncet added. “But right now it’s a celebration day and it gives us a lot of motivation.”

There was one more twist for rally winner Tänak, as he faced some concerns with front-end grip on his i20 in the final stages of the rally.

Those problems barely held him back though, as while he failed to score any bonus points on the powerstage he’d still increased his lead over the course of the day to over a minute.

“After a few stages we had a bit of a problem with the front bumper and splitter, so let’s say in the end we lost it completely.

“Anyway, it was challenging and the last stage was like Safari, so it was definitely quite tough but it worked at the finish.”

Hyundai had to work into the small hours of the morning during the weeks leading up to the season-opener in Monte Carlo – efforts Tänak felt were finally being repaid with his win in Sardinia.

“It’s definitely an important one I would say, especially for the guys at the factory and here in the workshop,” he said.

“It’s been incredibly tough for them, everything happened so late and the start of the year it’s been quite a struggle. They’ve been fighting hard and we’ve been getting some podiums so far but never really been too happy.

“But still, the guys have been keeping it together, so it’s definitely for them.”