Toyota team principal Jari-Matti Latvala believes World Rally Championship drivers will start to bring their careers to an end at a younger age than in the past, in light of Kalle Rovanperä smashing the youngest world champion record.

At 22 years and one day old, Rovanperä easily eclipsed Colin McRae’s feat of being the youngest driver to become World Rally champion by five years, a record that had stood uninterrupted for 27 years beforehand. 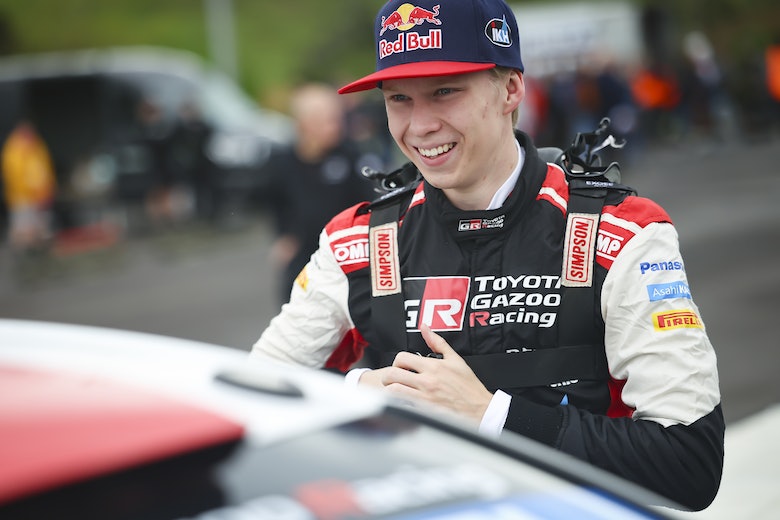 The 10 youngest champions in WRC history

Hannu Mikkola, meanwhile, is the oldest WRC title winner in history at 41 years old when he lifted the crown in 1983.

That, along with Sébastien Loeb’s incredible longevity by extending the oldest WRC event winner record to 47 years, 11 months and 3 days on Rally Monte Carlo this year, suggests Rovanperä could be competitive for several decades at the top level of rallying if he wished.

But his team principal believes Rovanperä, along with other young drivers who may come along in the future, won’t be sticking around until their late 30s or 40s as was once common in the WRC.

“I think the sport has now changed,” Latvala mused.

“The boys will come in younger but I think they will also retire earlier because when you come to the top of the sport at this age, I don’t think you are there at the 50 age like Sébastien Loeb.

“So I think that he will do something else later.”

Loeb’s progression up the ranks was swift, taking his first WRC podium on only his third top-level start, his first win two years after his debut and his first world title only three years after clinching the Junior WRC crown.

But Loeb was a late starter to rallying, not making his competitive debut behind the wheel until he’d already turned 23 years old.

It was a similar story for eight-time world champion Sébastien Ogier, whose first competitive experience in the Volant Peugeot came when he was already 22 years old after winning the Rally Jeunes talent search the year before.

It’s a disparity that Ogier himself has noticed.

“Nobody knows, nobody knows how many he can win, but at least the potential is huge,” Ogier told DirtFish. “When you are champion the first time at 22 years old, at this age I was never sitting in any rally car yet so we are not competing in the same category.”

That ‘something else’ Latvala hinted at remains an unknown – even to Rovanperä himself, though he’s already hinted he won’t be sticking around full-time for decades to come.

Loeb retired from full-time competition 12 years after his top-line WRC debut in Corsica, switching to a part-time program in 2013 as he focused on Citroën’s burgeoning touring car effort.

By comparison Ogier’s full-time WRC career lasted only a year longer than Loeb’s, debuting at the 2008 season finale and then receding to a part-time schedule this year.