There it was, sitting there, taunting him.

Emil Lindholm had activated full send mode. Target acquired: Teemu Suninen’s first place in WRC2. Mission accomplished? Not quite. Just 7.7 seconds were in it, but Lindholm had fallen short (at least on the stages – Lindholm would be awarded the win later that evening when Suninen was disqualified for an underweight bumper).

But as he negotiated the last part of the Ruuhimäki powerstage, Lindholm could see what might have helped him. The Škoda Fabia RS Rally2.

In a different world, Škoda’s brand-new Rally2 machine would’ve hit the stages for the very first time in Finland. But global parts supply issues, amid various other factors, have prolonged that debut for another day.

However, with that debut in mind, Škoda’s marketing budget for Finland was huge. Everywhere you looked there were banners, bunting and even static displays. What Lindholm could see, right next to the stage route, was the car that he’d much rather have been driving.

“But obviously the car will be coming I hope soon and the debut will happen.

“Maybe that’s the missing seven seconds we would have needed. But there’s a new rally next year as well.”

Lindholm was part of a crack team of test drivers (Andreas Mikkelsen, Kris Meeke and Jan Kopecký) who rigorously put the new Škoda through its paces on all surfaces and all terrains.

He therefore knows just how the new car should perform relative to the Fabia Rally2 evo he currently pilots in the WRC and the Finnish championship.

“Yeah, I’ve done a fair amount of testing and obviously it’s been really helpful to me to get the seat time and be able to work with a team like Škoda,” Lindholm said.

“I’ve done my share of testing, yeah, but I can only say that I hope we will be doing a rally soon in it.”

The burning question is when will that debut be? If it wasn’t in Finland, where could it be?

DirtFish understands Rally Spain in October is a potential destination, but if not then it might not be until 2023 that the Fabia RS Rally2 turns a wheel in the WRC.

Regardless of where, Lindholm just wants to be driving it when it’s unleashed. 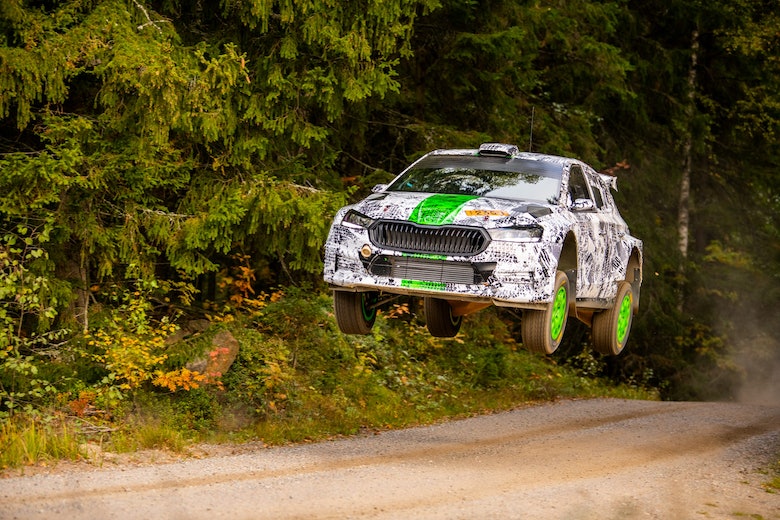 WHERE THE NEW ŠKODA IS BETTER THAN ITS PREDECESSOR

“I don’t know the answer to that,” he said when asked if he would drive the new Fabia on its debut.

“Obviously I hope I would be in one of the cars but you need to ask someone else [other] than me.”

Reigning WRC2 champion Mikkelsen is the only driver to have publicly driven the Fabia RS Rally2, appearing on Škoda’s local event Rally Bohemia as a course car last month.

Meeke has also suggested he could be enticed back to the WRC – where he hasn’t competed since 2019 – by Škoda’s new creation.