It’s a bold, exciting and perhaps even unorthodox move by Škoda Motorsport to develop an all-new car for an existing set of regulations.

Škoda is not a new manufacturer in the Rally2 class – far from it – and nor have the Rally2 technical regulations changed. It’s not even as if the current Fabia Rally2 evo is now considered uncompetitive.

However Škoda’s set of engineers knew they could do better. The solution? The Fabia RS Rally2.

Of course nobody truly knows how good the new car will be until it hits the special stages for the first time in competition, but what have the drivers felt throughout testing? Where is the new car better than the model it replaces?

“I cannot say [how much faster the new car is] but what I can say is from a drivers’ point of view and the improvements that I feel, and that is the engine,” Andreas Mikkelsen told DirtFish.

“[There’s] more torque so you can do most or all the hairpins in second gear, so you don’t need to change the gears all the time – that’s really a massive gain.

“The aerodynamics – I have a much better feeling in fast sections of stages. You can also see the rear wing has a different shape and it looks like a halfway, like the old WRC spec rear wings, so I would say it’s noticeably faster in the high speed sections.”

The engine is one of the big talking points of the Fabia RS Rally2 as it’s a completely new unit to what was used in the old car – and sounds quite different too.

“But from my point of view, I’m sure you’ve spoken to the other guys and they said the engine is better, and honestly it’s one of the first things I noticed when I sat in the car for the first time, how easy it is to drive, how good the torque down low in the rpm is.

But as Mikkelsen also mentioned, the stability of the car has seemingly improved too thanks to a better refined aerodynamic package.

This is where Jan Kopecký – who also played a key role in the development of the outgoing Fabia Rally2 evo – notices the biggest change.

“This one, I believe it will be a really good car,” he told DirtFish.

“It will be much more stable than the current car, but testing is testing and rally is rally so we have to wait. But the expectations are very high.

“Turning works very well without any corrections so this is important. You feel like home.”

The fourth driver involved in Škoda’s mammoth testing effort, Kris Meeke, has a different perspective to the others as he doesn’t have bucketloads of experience in Rally2 cars.

“I didn’t have so much experience of actually doing any rallies in R5 so the other guys in the test team with Jan Kopecký, Emil and Andreas, they’ve all been able to bring that current experience and been able to have a relativity whereas I was sort of fresh in,” Meeke told DirtFish.

“And I was just basically giving my feedback on every run – yes, no. Was that better? No. And it was more or less a blind approach but just using my experience that I’ve had over all the years. So it’s been an enjoyable exercise for me. 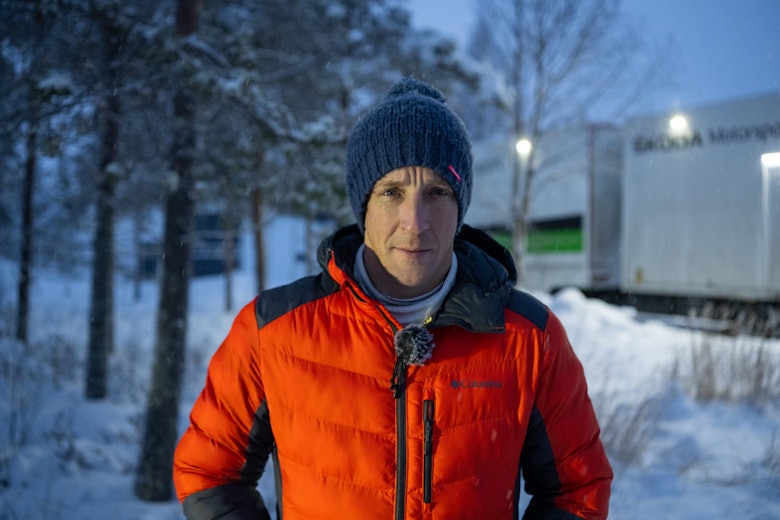 MEEKE COULD BE ‘ENTICED’ BACK TO WRC BY NEW ŠKODA

“We have had some tests where we brought both cars there and been able to do back to backs, and for sure the new car’s a step forward,” Meeke added.

“I don’t know if I’m getting a bit long in the tooth but the speeds of these cars in places like Finland where I actually had the pleasure of one day of testing in Ouninpohja for a full day, and yeah it was so nice.

“I really, really enjoyed it then.”

All of the above must be taken with a pinch of salt as the drivers are only providing feedback from testing, and they’re never going to turn round and say the new car they’re being paid to help develop is poorer than the one it will replace.

But it’s a worry for Škoda’s rivals that the Rally2 benchmark is surely about to be raised once again.

The chink in Rovanperä’s armor