Adrien Fourmaux and Gus Greensmith were ready. They knew what lay ahead, it was time to get in the zone. They zipped up the overalls and got on with the job in hand.

Except they weren’t sporting the usual purple and blue overalls, and their office wasn’t inside the M-Sport Ford Puma Rally1. It was outside it instead.

After they both retired on Saturday morning’s opening stage – Fourmaux due to suspension damage and Greensmith a roll – M-Sport’s two youngsters faced a bit of a long afternoon. 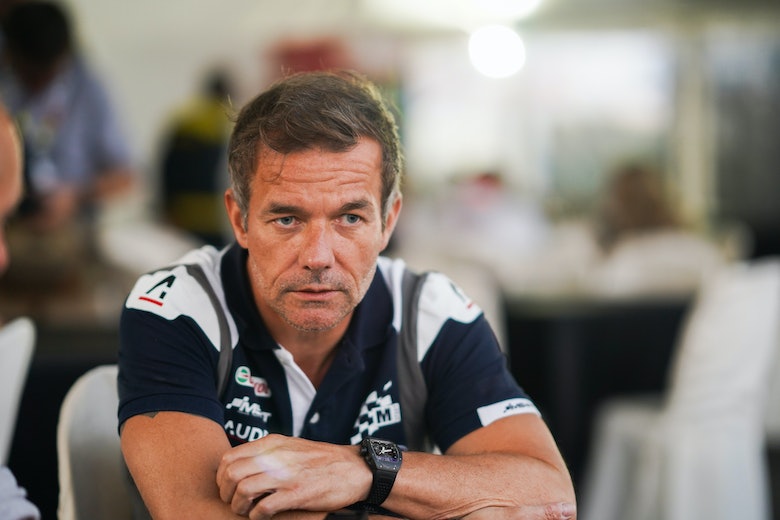 The 10-pence part that forced Loeb out

Unlike Sébastien Loeb, who “went for a helicopter safari to enjoy the day because I didn’t have anything else to do” when he retired due to an O-ring failing in his engine a day earlier, Fourmaux and Greensmith weren’t afforded the life of luxury.

That’s a privilege that clearly only nine world titles and 80 rally wins will buy you.

“Malcolm took the opportunity to get Gus and Adrien to work on their cars,” said M-Sport team principal Richard Millener.

“Both of them have done a lot of work on the cars up until now in the workshop but it was a good chance to do some work on a car that has actually done most of a rally.”

“He said ‘It will be you and Alex [Coria, co-driver] and one other mechanic and then you will do it by yourself.'”

And so that’s exactly what he did.

Working on the rear-left corner that had been damaged, Fourmaux and Coria toiled away and got the job done with the help of just one of their colleagues. 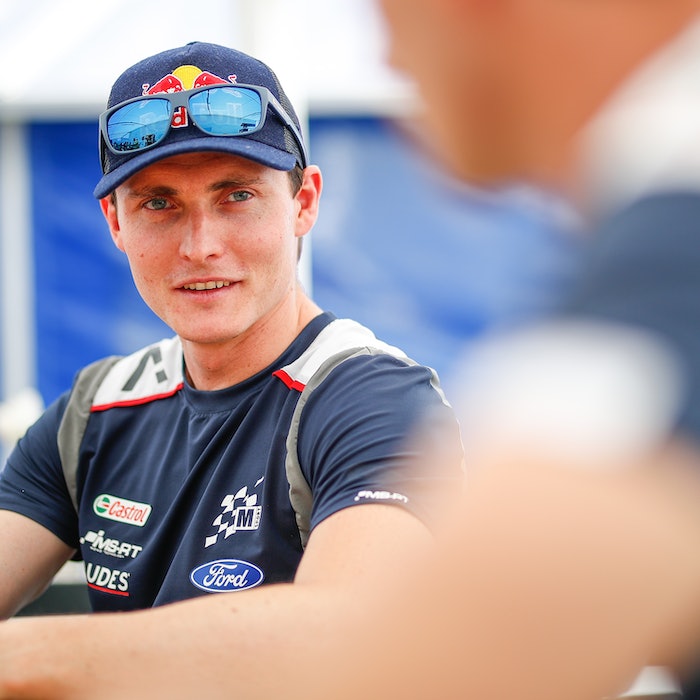 Greensmith was part of a much larger team of mechanics because the damage to his Puma was more extensive, but his task was no less grueling.

“Gus will mostly be helping the mechanics, anything that they need, swapping some parts,” explained Greensmith’s chassis engineer, Bernardo Fernandes, before the drivers got to work.

“He’s obviously done some work in the workshop and sometimes they have to work on the cars in between stages so he has a bit of mechanical knowledge, but every time they can help the mechanics it’s obviously good for them to learn and also the mechanics appreciate that.”

Working hard for three hours to get his car ready for Sunday did give Greensmith an appreciation of what he puts his mechanics through on each and every World Rally Championship event.

“It puts it into perspective how much they do,” he said, donning the black overalls worn by M-Sport mechanics instead of his race suit. “It’s good to do this every now and again.

“These are the overalls that I must wear [this afternoon] because when you break your car you must fix it yourself.”

Fourmaux had done a similar task earlier in the season, when he returned to M-Sport’s workshop in England to fix the car he destroyed in a crash on the Monte Carlo Rally. But this was the first time he had had to do it when a rally car was dirty from the stages.

“For sure you realize a bit more with no car washed in the bay and it can be really dirty, to work it’s not a really good pleasure,” Fourmaux confessed.

“In rally sometimes you also have to finish the car at the side of the road, so it’s good learning also and good experience to work on the car. I didn’t expect that today but it was a good experience and a good challenge for us, so it’s OK.”

It was undoubtedly a useful learning experience for both Fourmaux and Greensmith, which Millener described as “just a really good opportunity to have a practical afternoon of fixing the car”.

But the undertones of the task were also obvious. Mr Wilson was trying to teach them both a lesson.

“Probably, yes,” said Fourmaux when that was put to him.

And Fernandes agreed: “Yes a little bit! I think Malcolm is trying to teach them a lesson.”

The black mechanics’ overalls will be stripped off and the purple and blue race overalls reapplied on Sunday, but Fourmaux and Greensmith know what the punishment will be if they step out of line on the final day.

Sorry, we mean learning exercise there, don’t we…

Why Latvala thinks Rovanperä excelled in the mud