Thierry Neuville holds a seemingly comfortable 33.2-second lead on Rally Turkey over Sébastiens Loeb and Ogier, as Elfyn Evans dropped off the podium with tire woes.

Toyota’s Evans adopted a relaxed pace to preserve his tires on Saturday’s penultimate stage that drew Sébastien Loeb to within 0.8s of his third place, but it got worse on the final stage of the day as Evans was slowest of the Rally1 runners in his Toyota.

At the end of Kizlan, Evans revealed the extent of his tire issues that has ultimately seen him drop to fourth, 27.6s behind the jointly matched Loeb and Ogier and now 1m00.8s away from the lead.

“Before [this stage] we had one tire with a puncture which we had to put some metal set in to try and repair and the other only had damage on it so it was a case of trying to get through with damage limitation,” Evans said.

“We need to be better on the tires tomorrow but there’s a long way to go, anything can still happen.”

At the front, Ogier had headed Neuville by just 1.6s heading into Saturday afternoon’s repeat pass of three stages, but the epic battle that was promised didn’t materialize when Ogier’s Toyota Yaris WRC developed a hydraulic issue.

It cost the World Rally Championship points leader over 30 seconds in one go and dropped him to third, behind team-mate Evans. But a fix on the road section seemed to repel the issue as he dropped just 0.2s to Neuville on the following test.

He therefore headed into the Kizlan stage 30.1s off the lead but the gear shifting issue was still lingering.

“It’s a disappointing afternoon,” Ogier said. “Unfortunately we still don’t know what happened, we have a lot of shifting issues which always happens a few kilometers in the stage which obviously cost me a lot of time in the long but a couple of seconds in each [stage].

“Frustrating because I think we’ve done a good job today but that’s rally.”

Ogier’s problems made Neuville’s job that bit easier, but it was still a measured and assured performance for the Hyundai driver who won two of Saturday afternoon’s three stages to put himself in a winning position.

“Obviously the afternoon has been much better than the morning was,” Neuville said.

“We worked on the set-up and I must say I was much happier with the car, we went in the right direction. Pleased with the job the team has done.

“Nothing is done, tomorrow is the roughest stage of the rally. We need to avoid the punctures and any damage to the car, we still need to drive fast. I’m going to try and do my best tomorrow and hopefully we can survive.”

Loeb, who had led after Friday’s two stages, had started Saturday’s final test 4s behind Ogier and duly went 4s quicker on the stage to draw level, setting the fastest time. Loeb officially holds second place as he was faster than Ogier on the rally’s opening stage on Friday, so will start one place behind Ogier on the road on Sunday too.

“It went well,” he said. “We were very [at the] limit with the tires so we had to save a bit on the second but for the rest it was a good day. We are second equal, so it’s not too bad!”

Toyota’s Kalle Rovanperä maintains his hold of fifth place after a puncture on SS5 wrecked his hopes of clawing time away from the leaders but crucially didn’t lose him a position.

He is 16.2s up on fellow Finn Teemu Suninen ahead of Sunday’s four stages.

Esapekka Lappi has been with a battle mainly with his own car on Saturday, but set-up changes between the morning and afternoon loop seemed to make a positive difference. But Lappi is still looking at making more changes on Sunday. He’s seventh, 53s behind M-Sport team-mate Suninen.

“I think we need to try something more tomorrow but at least I’ve gained some experience in these conditions with this car which is important for the next rally [Italy Sardinia],” Lappi summed up.

Sixth placed Suninen said: “We need to get a good day tomorrow, a clean day without the issues and especially not a puncture as there’s a high risk of this.”

Pierre-Louis Loubet completed what he described as the “most difficult day of my career so far” 1m05s behind Gus Greensmith, who is in ninth place.

The leading Rally2 car of Kajetan Kajetanowicz occupies 10th place and the lead of the WRC3 class. 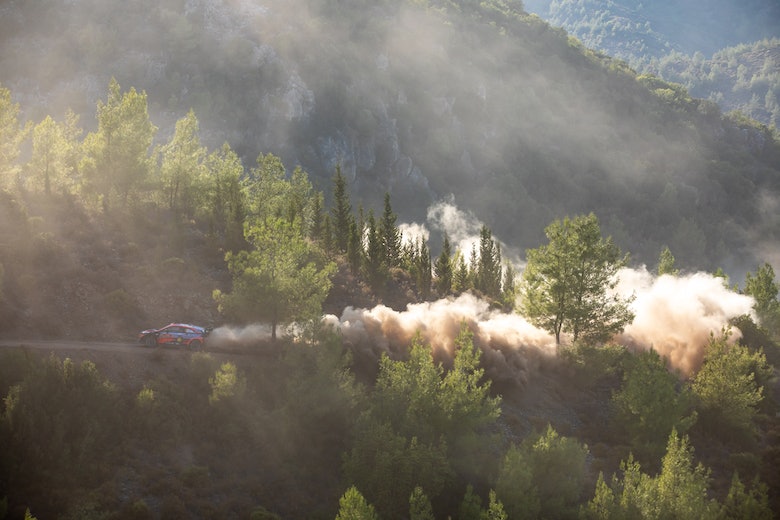 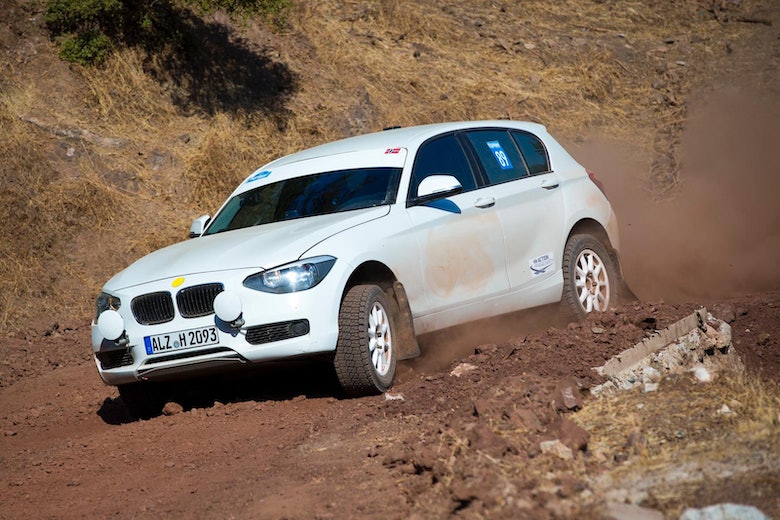 What cars do WRC teams use for recce?