Both Neuville and Tänak are in search of a strong result in Sardinia after failing to score any meaningful championship points in Portugal.

On the basis of the short 1.8-mile Loiri Porto San Paolo warm-up test, the two Hyundais could be well placed with Neuville setting a benchmark time of 1m50.7s on his fourth and final run. Neither driver is expecting an easy ride in Italy though.

“It’s not as smooth as Portugal was, and there will be many more surprises with the loose stones so probably that will be a challenge,” said Tänak.

Sébastien Ogier, who was fourth-fastest on shakedown and will open the road on Friday, added: “It won’t be easy that’s for sure, we’ll have to try and take risks like always to try to compensate but for sure it will be difficult tomorrow.”

Ogier ended up 1.2 seconds off Neuville’s i20 and behind Teemu Suninen’s M-Sport Ford Fiesta WRC too. Suninen had languished at the bottom of the World Rally Car leaderboard after the first runs of shakedown but found four seconds from his previous best run on his fourth pass to vault up to third.

Rally Italy is however the Finn’s first rally in the WRC car since February’s Arctic Rally Finland and he therefore has no experience of Pirelli’s gravel tire whatsoever with M-Sport not testing between Portugal and Sardinia.

After his first pass of shakedown, Suninen said: ““The tires are quite different, I have never seen anything like that.”

Dani Sordo is chasing a hat-trick of Rally Italy wins this week, and the Hyundai driver was fifth fastest on shakedown – 1.6s behind his pace-setting team-mate but 0.1s clear of Elfyn Evans who edged Sordo to victory two weeks ago in Portugal.

But there was a bout of déjà vu though as Rovanperä failed to start his first shakedown attempt on time and returned to service with a powersteering issue; a repeat of history from Saturday on Rally Portugal where technical problems also halted him on the way to a stage.

The issue was quickly rectified however, and the 20-year-old was able to complete three passes of shakedown.

M-Sport’s Gus Greensmith, co-driven by Stuart Loudon this weekend as regular navigator Chris Patterson is unable to attend for personal reasons, was 0.4s adrift of Rovanperä’s best time but was surprised at the condition of the road.

Pierre-Louis Loubet – who is yet to finish a round of this year’s WRC without some sort of retirement – confessed he needs “a clean one” this weekend. The Corsican was ninth fastest on shakedown, 4.3s shy of the pace.

He was however still quicker than Takamoto Katsuta, who was 0.2s behind the 2C Competition driver on shakedown and last of the World Rally Cars.

Toyota junior Katsuta wants to “try to play clever, study and see where I go” in Sardinia as it’s not “a fast rally” where he believes he can push.

Mads Østberg was the quickest Rally2 car, 0.3s faster than Adrien Fourmaux who returns to the Ford Fiesta Rally2 from the WRC car he drove in Croatia and Portugal.

Sean Johnston was an impressive fourth-fastest of the WRC2 drivers, fifth-quickest behind Nikolay Gryazin – who isn’t scoring championship points this weekend – and Georg Linnamäe.

Andreas Mikkelsen was 0.4s slower than Johnston and did just one run in his Škoda. 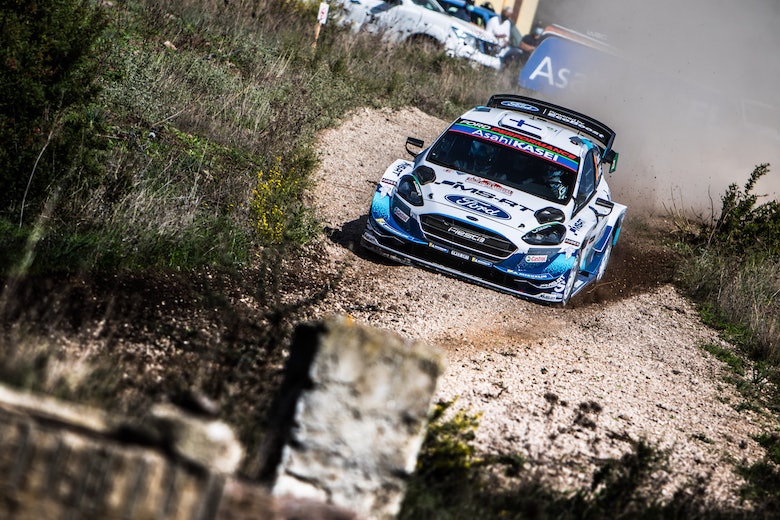 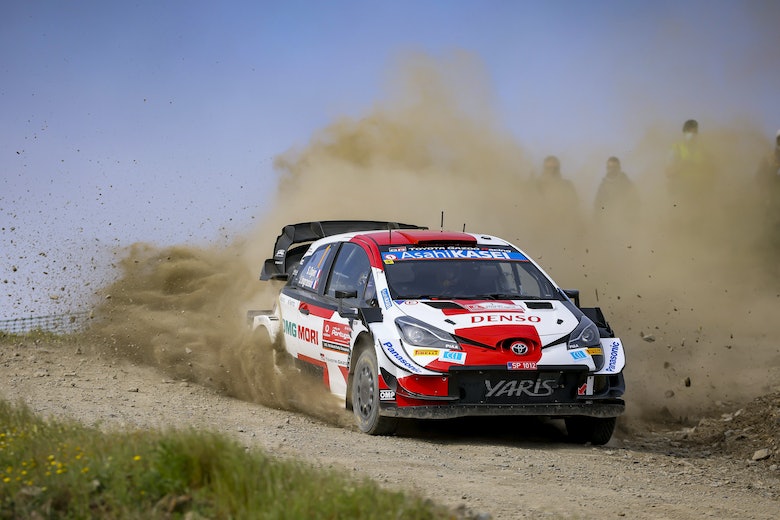