All year long, pessimism has oozed out of every crevice of Hyundai’s service tent.

Be it personnel, or the performance of the Hyundai i20 N Rally1 in comparison to its rivals, negativity has continually swathed over the team.

Everyone knows the i20 N was not at the same level as the Puma or GR Yaris at the start of the year, and it showed in the results. But as the season has progressed, results have improved, even if the tone leaving the Hyundai camp is still very much the same.

Or at least it was until after New Zealand.

Thierry Neuville has been one of the car’s biggest critics all season long, and that’s natural given he has visibly struggled to eek performance out of the car in the same way as his team-mate Ott Tänak.

But even with the deficit, progress is being made. 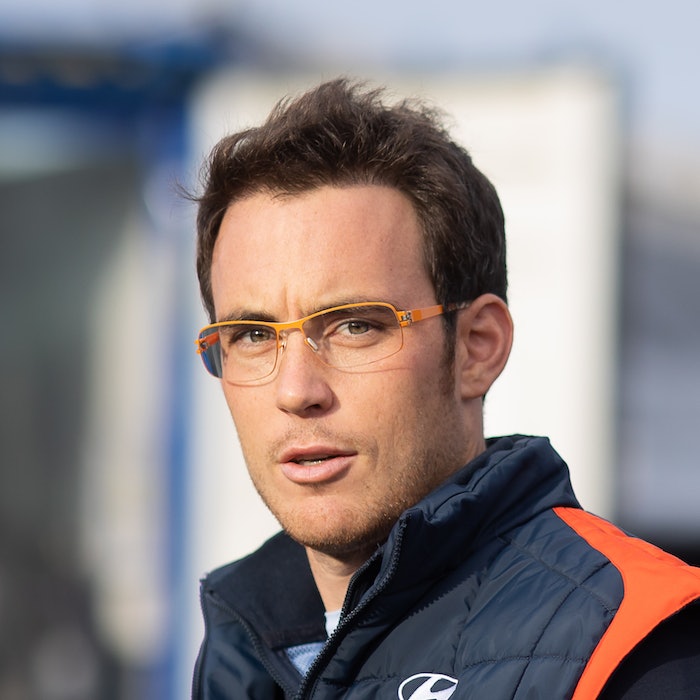 Now there’s no real gravel testing anymore until probably for Mexico next year. So it’s a long time where we can’t do a lot Thierry Neuville

And speaking to DirtFish at the end of Rally New Zealand, Neuville’s persona was noticeably different.

All of a sudden, there was a wave of positivity. He now has ideas about what can be extracted from the car, especially on its weakest surface – gravel.

“I mean, we knew that in these conditions we still need to work,” Neuville explained to DirtFish when talking about the muddy conditions in New Zealand.

“We have seen it in Estonia as well on the last day in the rain. We were miles away.

“And we could confirm that even this weekend, it was still a struggle. So we need to work on that.

“I have some ideas what I need to feel more comfortable in the car but does it increase the performance? We don’t know yet.

It’s great that the Hyundai man knows the direction the team needs to head with the car, but as always seems to be the case at the moment, it’s not simply a case of fixing it. There is a snag.

“It’s mainly about the reactivity of the car, the precision, work on the diffs as well.

“We’re getting there but slowly and obviously now there’s no real gravel testing anymore until probably for Mexico next year.

If Hyundai cannot resolve its gravel issues until Rally Mexico’s pre-event test, then it is in for a long winter of wondering whether its changes will make the i20 better or worse.

Although the 2023 World Rally Championship calendar has not been announced yet, Mexico is expected to return to the championship next year, and if it does, it will likely take place sometime between March and April.

Before then, Hyundai will contest Monte Carlo and Sweden at a minimum, whilst also completing this season on the asphalt roads of Japan.

But while a fix might not be imminent, Neuville is at least relieved in the knowledge that the i20 N’s current problems can be fixed, turning it into a true title challenger once more.

“Yeah, I hope so,” was Neuville’s response when asked if Hyundai can get the Rally1 car right.

“We have found some great speed on the last couple of events and it was promising.

“Generally when the grip is higher and we can run a stiffer car I feel more comfortable in the car as well. So that seems to be an improvement.

“But in those conditions, I still need to work on.”