Sébastien Ogier has stormed past Dani Sordo into second place on Rally Italy, notching up Toyota’s first stage win of the weekend in the process.

Ogier began Saturday morning with a 16.8-second deficit to Sordo’s Hyundai, but closed to just 7.5s behind on the opening stage of the day when Sordo slowed through a watersplash; his engine momentarily spluttering and struggling to get going.

However Ogier was even more imperious on SS10, taking 9.8s out of Sordo – who was only fifth-fastest on the stage – to assume second overall by 2.3s.

Because of the position change, rally leader Ott Tänak’s lead has now ballooned to 40.6s although he did cede 1.7s to stage winner Ogier on Lerno – Monte di Ala.

“I don’t have the confidence,” said a bemused Sordo. “I’m just slow in all the corners and all the speed.”

Behind the leading trio, Elfyn Evans nicked another second from Thierry Neuville to extend his advantage in fourth place to 9.1s at Rally Italy’s halfway point.

Neuville wasn’t happy with everything aboard his Hyundai, describing the stage as “not so good to be honest” before elaborating further.

“I’m just not confident to push, I’m hesitating in all the rough. I went with a damper we developed for Kenya which I thought was going to work, but I’m not sure we are on the right way.”

Takamoto Katsuta survived a lairy moment on SS10 when the nose of his Yaris lifted into the air as it passed over a “helmet-sized” rock left on the line.

The Toyota junior hopped out of the car at stage-end to inspect the damage, but he seemed to escape unscathed.

“Middle of the road on the line, very fast section there was a helmet-sized massive rock, I tried to avoid but car just jumped,” he explained. “There’s a big hole on the under-guard so hopefully it’s OK, but big moment.”

Katsuta remains a lonely sixth place overall, over half a minute down on fifth-placed Neuville.

Kalle Rovanperä again set a strong pace in his Toyota Yaris WRC as he looks to just his enjoy his driving following suspension failure on Friday.

He was again quicker than the other two restarting World Rally Cars from M-Sport. Gus Greensmith was 6.9s slower than Rovanperä, with Teemu Suninen a further 3.3s in arrears.

Mads Østberg broke a brake pipe on SS10 and therefore lost 5.8s to the chasing Jari Huttunen in the pair’s battle for WRC2 victory, but Østberg’s class lead remains strong at 25.2s.

The reigning WRC2 Champion now has a regroup before SS11 to try and restore braking aboard his Citroën.

Yohan Rossel is ninth and leads WRC3, 15.7s ahead of 2019 Junior WRC Champion Jan Solans who has continued to stretch his advantage over Spanish compatriot Pepe López having started the day behind him. 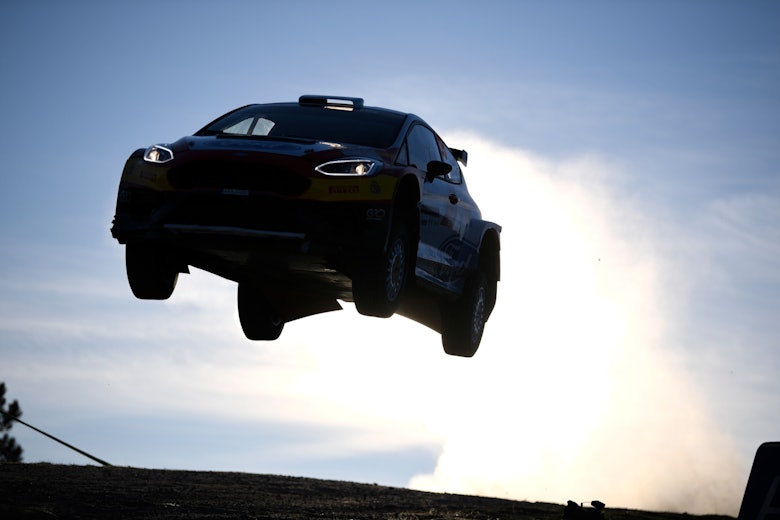 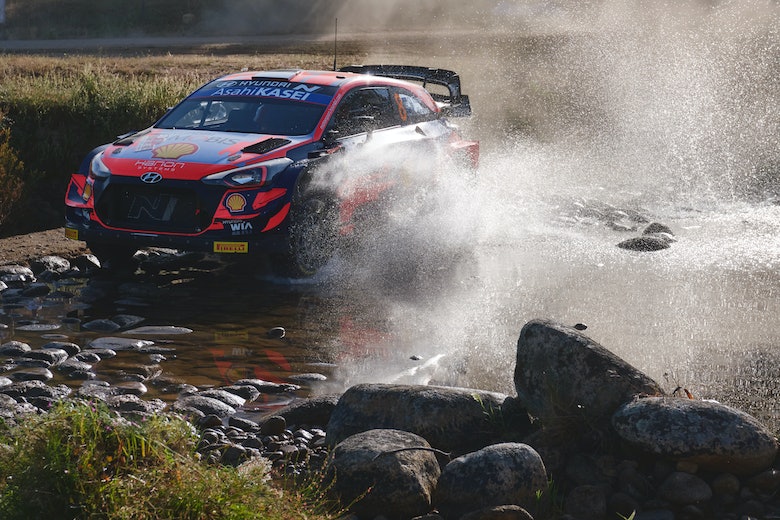 How Italy shows the instinctive driving Tänak’s tunneling for