Sébastien Ogier was joking. But, at the same time, he was serious. Seriously joking. How good was Oliver Solberg at last month’s Arctic Rally Finland?

The seven-time World Rally Champion gave the question some thought. For much of the second day in Rovaniemi the pair had run together on the road, with the Toyota driver fifth away and Solberg directly behind him in sixth. A comparison of day one would be unfair, given that they were 10 places apart on the road.

Saturday, however, was fascinating.

Solberg monstered the Mustalampi stage both times, with his Hyundai 2C Compétition-run i20 Coupe WRC taking 8.5 seconds out of Ogier across the two runs (3.5 quicker on SS3 and 5s on SS6). Ogier hit back on SS4, where he won by 3.3s, and stage five where he lifted eight tenths of a second out of Solberg.

Ogier dominated the penultimate Saturday stage, stopping the clock 11.5s faster than Oliver, who had spent time in a Kaihuavaara snowbank. 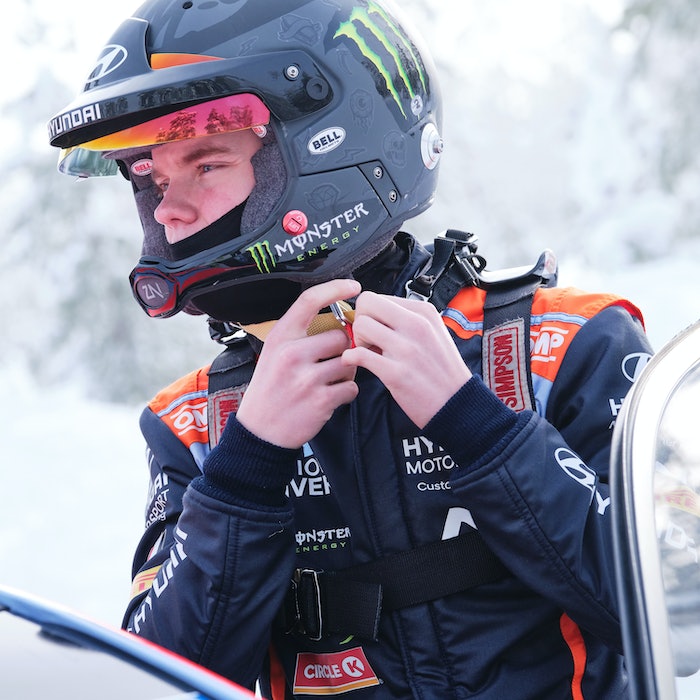 Following his amazing World Rally Car debut, the DirtFish team debated what Hyundai should do with its young star

On Saturday’s stages, Ogier was ahead by 6.9s going into the day’s final run, where he planted the Yaris WRC in the snowbank on the final corner.

Here are those Saturday stage times: 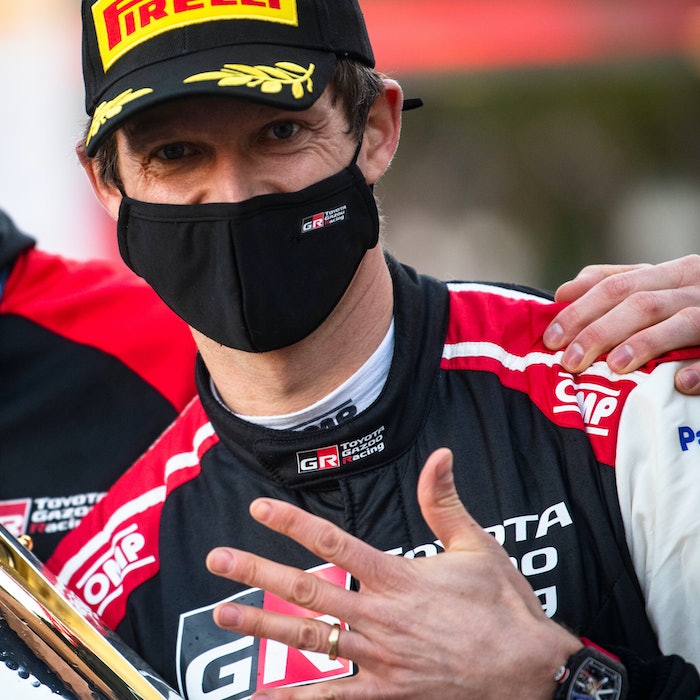 Typically quick to praise the performance of a driver he considered a worthy adversary, Ogier was full of credit for Solberg.

“It was a very strong race for him,” Ogier told DirtFish, “a really strong debut and drive for his first time in a WRC.

“We were chatting a little bit between the stages [on Saturday] and I was telling him I used to fight his dad [Petter] some years ago and already it’s harder to fight with him than his dad! He said: ‘You should tell my dad that, tell him that!’”

Crunching more Ogier-Solberg numbers, Petter and Sébastien went head-to-head in World Rally Cars on 35 events between Rally GB in 2008 and the end of the 2011 season, when Ogier departed Citroën and tackled 2012 in a Volkswagen Motorsport-run Škoda Fabia S2000.

There’s no doubting Oliver Solberg made a significant impact on the World Rally Championship with his drive. In terms of the time difference to the winner, he was closer than Kalle Rovanperä’s Monte Carlo Rally debut at the top of last season – although it’s worth noting the field spread is much larger on the Monte than on the Arctic.

That Rovanperä comparison is part of the reason for Hyundai Motorsport team principal Andrea Adamo’s one-word answer when DirtFish asked if he’d ever seen a stronger debut.

Asked if any aspect of Solberg’s performance had surprised him, Adamo added: “Hyundai Motorsport is not a charity organization. We didn’t bring Oliver to the rally because we were thinking about charity and this and that.

“We thought he could have done nice things. And then another important thing is, if you want to have new drivers, you have to test them. To test them, you have to put them in anger. People would say: ‘It’s too early, it’s too late…’

“Early in respect to what? For me, we have shown we were not stupid to put him in this contest and I think he’s shown that he’s enjoyed what he’s doing.

“He has done an amazing performance and not caring about who he was fighting against for what. And this is the most important thing, I think we have to bring fresh blood to WRC. Young guns, to attract young people.

“The future is in young people, not in me and my father. So we have to bring new blood to attract new people, new fresh air, a new way of communication. And I think Oliver has done well to Hyundai and done well to WRC.”

For now, we await fresh data in the Solberg-Ogier debate.