Calls for an all-electric formula to be added to the FIA’s rally pyramid are increasing, with Opel joining Renault in lobbying for EVs to be integrated into the governing body’s global rallying framework.

Renault has previously stated its desire to have fully-homologated electric rally cars in the FIA pyramid by 2025, with a proof-of-concept vehicle already in development.

Now Opel – the first manufacturer to build an electric rally car for customer use with its Corsa-E – is pushing for a dedicated category for EVs at the bottom of the FIA rally pyramid.

“We are already thinking about the second generation of those cars but for that, it’s also important that we will get international level eRally5 regulations, which can create more opportunities for participants running the Corsa-E in the future,” Jörg Schrott, head of Opel Motorsport, told DirtFish. 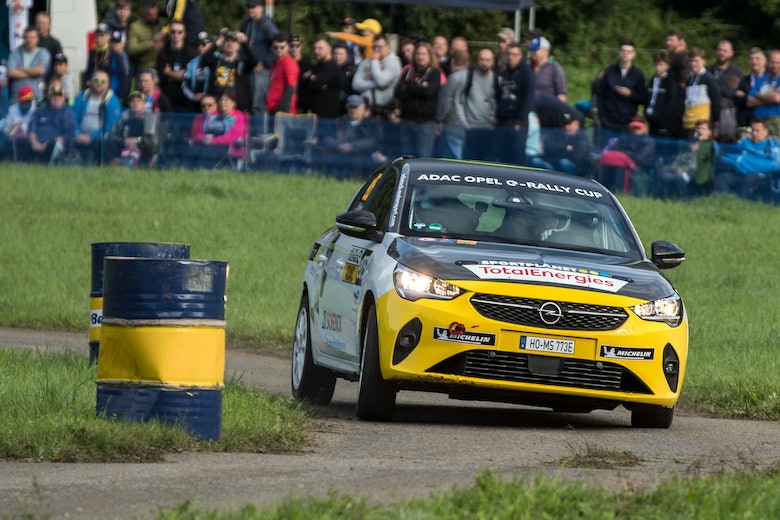 “We presented the concept now two or three times to the FIA and there is really big interest.”

The Corsa-E was given its competitive debut this year with a standalone one-make championship, the Opel e-Rally Cup, which is primarily based in Germany.

While Schrott feels “quite sure” that France’s motorsport federation, the FFSA, will add an EV category to its national series as soon as next year, he is hoping that the e-Rally Cup will act as a proof-of-concept for adopting EVs into the wider FIA rally pyramid.

“We are here really for the FIA. There were with some scrutineers visiting one of our events in Germany, checking all the guidelines and all the rules. So they know we are here as a frontrunner and they are really thinking about how to make this happen as soon as possible.”

M-Sport also indicated it would be receptive to an all-electric Rally5 formula being implemented into the FIA rally pyramid.

This is a bit of the problem, I don't know, a bit of a weakness of the car at the moment Benoît Nogier

“For Ford electric cars are very important. It’s a direction that Ford is taking,” said Maciej Woda, M-Sport Poland’s managing director. “I think we will be supporting the idea of Rally5 electric cars moving forwards.”

Benoît Nogier, Renault Sport’s director of customer racing, was complimentary about Opel’s efforts so far, albeit with one critique.

“I would like first to congratulate Opel for what they are doing with the Corsa at the moment,” said Nogier.

“I’m sure we’ll be able to do better in the future but right now they took the risk to start a new history and to start a new technology in rallying, and we have to congratulate them. I’m convinced it’s the future.

“Knowing that this project with the Corsa is fantastic, it’s the first one, but in terms of performance, we’ll be able to propose something much better very soon as well.”

Nogier’s concerns around performance levels of EV rally cars come on a backdrop of the negative reception the Corsa-E received from stage-side spectators at Barum Rally Zlín – some of whom were seen booing the all-electric cars as they raced past.

“This is a bit of the problem, I don’t know, a bit of a weakness of the car at the moment,” Nogier explained.

“It’s much less fast than the Rally5 for example, which we know from Barum. So already the impression of speed is not super nice for the fans at the moment.

“Soon it will be the same [level of performance] and then even better.”

Laurent Pellier, the class winner in Opel e-Rally Cup’s Barum round, was 5.2 seconds per kilometer slower than Rally5 winner Andrea Mabellini over the 11 stages both drivers shared.

Schrott acknowledged the Corsa-E’s sound left something to be desired for spectators and that improvements are already in the works – something Hayden Paddon has been trialing recently with his Hyundai Kona EV in New Zealand – though is satisfied with the car’s performance to date.

“We are aware of this [criticism], so we are also working on the sound system with a second-generation to make the car a bit louder,” said Schrott.

“This is also something; if the car is loud, then the car is fast in the perception of the spectators. But we believe we are on the right path and the guys that are running the car are all happy with the performance of the car.”

An engineer’s guide to Rally1