The evolution of the Junior World Rally Championship into WRC3 Junior next year is set to attract Renault, which is enthusiastic for a multi-manufacturer battle in the new Rally3 category.

Renault has won two JWRC titles in the past, and its current rallying efforts focus on the front-wheel-drive Clio RSR Rally5 car – used in trophy series across Europe – and its Rally4 counterpart.

From 2022 when WRC Promoter takes over the European Rally Championship, ERC4 will cater for the front-wheel-drive Rally4 cars currently seen in JWRC and ERC3. These cars are set to lose their own WRC class, as the four-wheel-drive Rally3 is brought in as the base category. 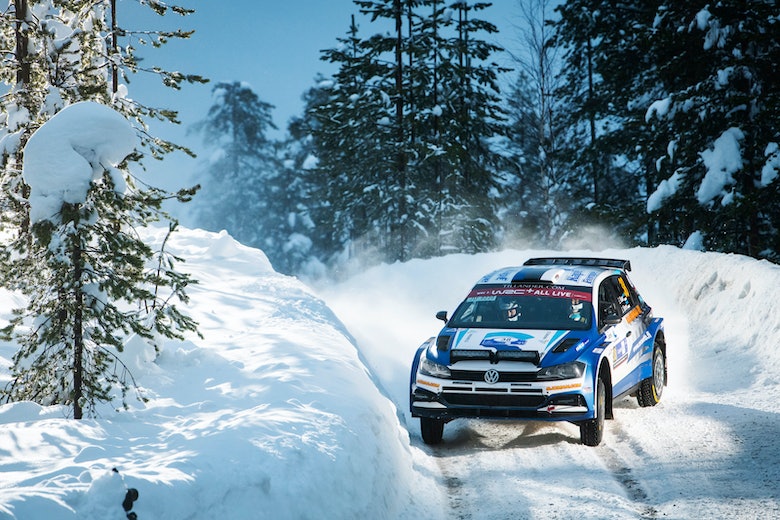 Renault Sport customer racing director Benoît Nogier spoke to DirtFish about his interest in the new, renamed WRC3 Junior series that will be open to drivers under 29.

“We will probably have the question of how to promote ERC3 Junior and the Junior WRC3 at the same time,” he said of the two major championships introducing Rally3 classes.

“We heard many times, now it’s not really a secret, that the FIA and I guess the promoter as well would like to promote the Rally3 cars in this [new] Junior WRC.”

On the question of whether Renault would seek to join in, he added: “No stress, it’s not the moment still to make that announcement. But it’s closer and closer each day, I would say, and we are in a very good position to confirm definitely the project.”

That project would be a Clio Rally3 to potentially take on M-Sport Poland’s Ford Fiesta Rally3 car and Toyota’s Yaris that has entered the early stages of development.

Junior WRC is currently a single-make series for the Fiesta Rally4, so Nogier hopes the new bottom rung of the WRC will be open for all and ruled out Renault taking on a similar exclusivity contract.

“Renault do this [run all cars in series], but for me this is not a world championship, this is a trophy,” he said.

“We do Clio Cup, we all have the same car. We do trophies all over Europe, with all the same cars. But for proper title, FIA title, for me it should be open championship with different manufacturers.

“So I’m not a big fan of this, even if I have a lot of respect for what M-Sport Poland does, because they do a remarkable job and the quality of the cars and all what they do around the Junior WRC is really nice. But I think the idea of the championship like this is not one-make.

“I think it [Rally3] is a good way to do. To do it, they need several manufacturers, at the moment only Ford have homologated a Rally3. I hope soon we’ll announce we will be the second one. And I heard a Japanese brand is working hard on a project now as well. So if we are three brands, it should work, and it could be really nice to follow.

“It will be like the Super 1600 time was. I think this is the idea that [FIA rally director] Yves Matton has in his head at the moment, and it’s exactly what I would like. Teams, cars, different manufacturers.”

Renault’s Clio Trophy in France, split into a gravel and an asphalt series with the Rally5, is open to teams and rewards the top junior driver with a Clio Rally4 program in the following year’s French Rally Championship.

Similarly, the ERC-supporting trophy where Toksport runs all cars will reward its top driver with three events in a Rally4 in the ERC the year after.

Once the Rally3 car exists, could the reward system go further?

“We’ll see,” said Nogier. “For sure I will have to find a way to put in place this kind of ladder in terms of award, title, etc etc. I will find a way that a guy who rallies in the Clio will get a Rally3 and an official project in the Rally3.”

Loeb to compete with Elena again on French rally