While Rovanperä  has never won his home round of the World Rally Championship, Lappi’s one and only WRC win was in Finland back in 2017. That success remains the last time a Finnish driver has won in Finland.

But there’s plenty of local optimism this year given the speed of Toyota’s GR Yaris Rally1 and the electric form of runaway championship leader Rovanperä.

He and Lappi did nothing to kill the hype on the 2.78-mile Rannankylä warm-up test, as Rovanperä set the pace – half a second up on his team-mate.

Rovanperä would dearly love to win his home event having missed out last year, but the 21-year-old has equally promised to play the percentage game with such a handsome 83-point margin in the championship.

“Of course it’s nice to be here,” he said, “finally we can have a normal Rally Finland with a lot of people here. “Let’s hope it’s a good weekend.”

Lappi, who was fastest before Rovanperä usurped him on his fourth run, is feeling energized.

“It feels amazing,” he said after his first of three passes over shakedown.

“It was already last year a quite special moment after being off for a few months, but now there are so many people already. I really enjoy a lot. I’m targeting a good result but let’s see how the weekend goes.”

Despite feeling pessimistic about his team’s chances vs Toyota, Hyundai’s Ott Tänak – a two-time winner of Rally Finland – was third fastest on shakedown and just 0.4seconds down on Lappi’s effort.

But the 2019 world champion wasn’t sounding too confident: “There is no feeling in the car,” he said, “Finland will be difficult.”

Takamoto Katsuta led Finland last year before a dramatic spin on the first forest stage sent him literally sliding down the leaderboard, but the Japanese driver resides in Finland and therefore feels at home on these roads. He was fourth fastest on shakedown, improving from eighth best on his fourth and final run to trail Tänak by just 0.4s.

Last year’s Finland winner Elfyn Evans was another four tenths back and therefore slowest of Toyota’s quartet in fifth, stopping the clocks 1.7s down on team-mate Rovanperä with a time that was impressively equalled by Hyundai’s Oliver Solberg.

Solberg suffered a spin on his first pass of shakedown and complained that he didn’t have any rear grip, but improved on his final run to vault past Craig Breen on the timesheets.

Breen was sixth fastest and quickest of the M-Sport Ford Puma Rally1s, four tenths clear of Thierry Neuville who shared eighth with the next fastest M-Sport pilot Pierre-Louis Loubet.

Loubet set his time after unusually having six runs of the shakedown stage, three tenths up on Adrien Fourmaux who bested Jari Huttunen – who’s contesting his first ever rally in a Rally1 car – by another four tenths. 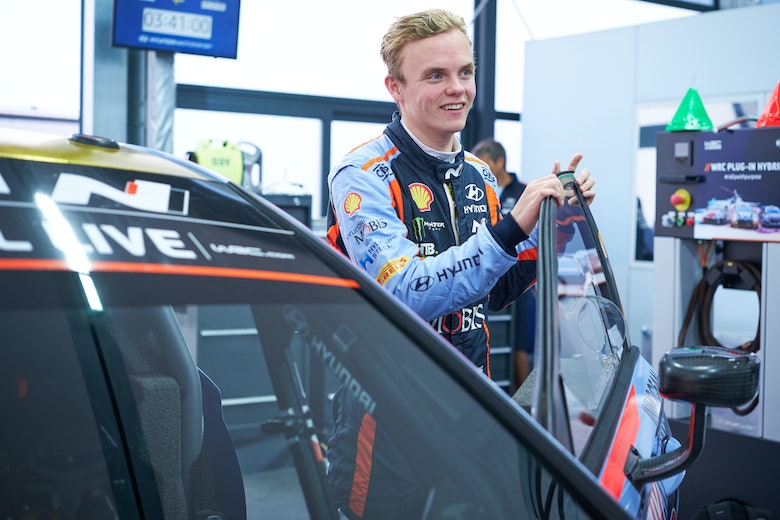 SOLBERG THINKS FINLAND 2022 WILL BE FASTEST WRC RALLY EVER

“It feels like the first time in a rally car,” Huttunen admitted, “so we try to improve the whole weekend.”

Pierre-Louis Loubet was just three tenths off Huttunen while Gus Greensmith rounded out the Rally1 runners as the only driver who failed to break the two-minute barrier, setting a best time of 2m00.3s.

But having not done a pre-event test the shakedown stage was an acclimatisation for M-Sport’s drivers.

Greensmith said: “[It was a] proper wake-up call, when you’ve not had a test it’s like ‘ooh!’”

Former M-Sport driver Teemu Suninen was quickest of the WRC2 drivers in a Hyundai i20 N Rally2, looking to defend the class victory he scored last year. 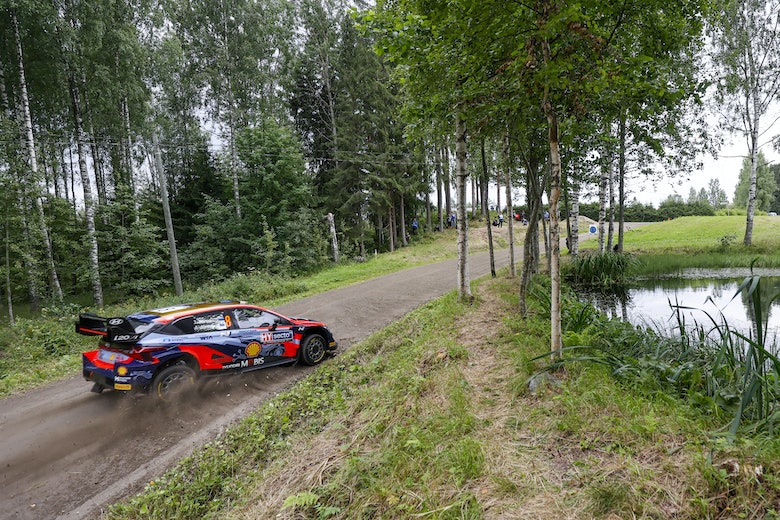