History was made on Rally Estonia as Kalle Rovanperä became the youngest driver ever to win a round of the World Rally Championship.

He did it in fine fashion, defeating Craig Breen by 59.9 seconds – the hard work done through a particularly emphatic drive on Saturday morning’s opening stage.

Understandably, the WRC’s first new winner since 2017 was in high demand, but DirtFish’s Colin Clark grabbed a few minutes with Rovanperä just after he’d sealed his Estonian victory. 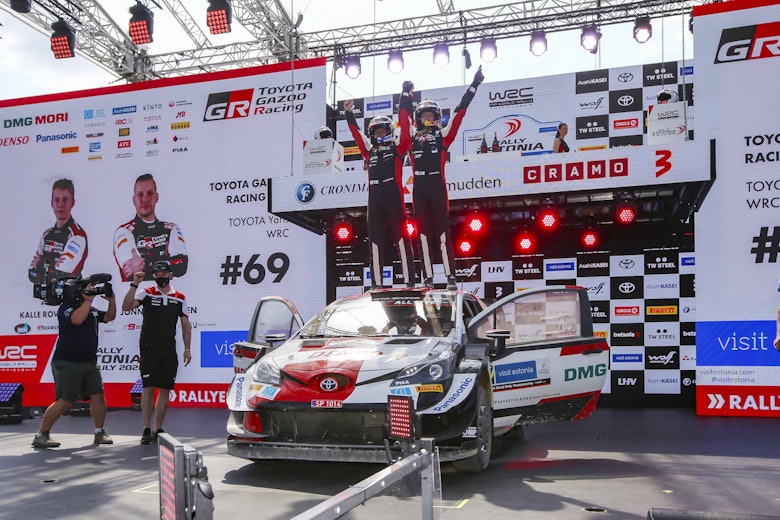 You’re the youngest ever winner in the WRC, but what’s most impressive is the style in which you dominated.

You first competed in this part of Europe five or six years ago. Realistically, were you thinking, ‘At 20 years old, I’ll be winning a round of the World Rally Championship’?

Not really, because then we didn’t have any WRC here, but yes when I drove here it was always nice, I enjoy these kinds of roads and also the gravel here is quite nice, it’s high grip, so you can really push on these roads and I think it really suits me quite well.

Is this ahead of the plan? Did you have a plan for when you wanted to be winning WRC rounds?

Not really. I would have wanted to win already last year, [but] it just came now and I’m happy that it came.

Did you feel as if this was a step up in terms of performance?

Yeah, I think we did quite well. It’s not so easy on this kind of rally to manage the speed because you basically have to take a lot of risks puncture-wise and car-wise to push in the ruts, and then we could still be quite fast all the time even with no risks. I think we did really good stage times and overall all the time were quite fast.

How do you prepare for Ypres as it’s a new event?

Can you repeat this performance, can you win that one as well?

For sure it will be far more difficult, let’s see.