World Rally Championship rallying punishes you, often when you least expect it. After achieving their best ever WRC2 finish at the Monte Carlo Rally, the last thing Sean Johnston and Alex Kihurani deserved was to be fighting to save the rest of their season.

But due to circumstances changing with one of their sponsors, that’s exactly where the Americans found themselves. Not anymore. Johnston and Kihurani’s season is back on track – and they’ll be doing things with an altered approach from here on in.

“We had a really good Monte and our sponsor was really happy with how the event went and has now upped his commitment for the rest of this season which is great,” Johnston told DirtFish.

“There’s still a clarity that the financial relationship is going to end at the end of this season, so we’re still building towards a push of raising more sponsorship throughout this season.

“We’re very grateful for the support to have a full 2022 season where we are going to do seven rounds including one flyaway round to Kenya and then we’re also going to be doing a few, small national rallies to use as preparation.”

That begins with Rally Vipavska dolina in Slovenia this weekend, two weeks before Rally Croatia.

“We realized that that’s something other people have been using to quite good effect, guys like Nikolay [Gryazin] and Erik Cais who have been doing that quite regularly in the last seasons, and so we’re grateful to have the support to do a few rounds,” Johnston reasoned.

America’s only WRC crew has already proved the merits of doing a warm-up rally as their fourth place finish on the Monte succeeded an appearance on Rally Régional du Haut Pays Niçois a few weeks earlier. Kihurani explained the benefits this new regime will bring them.

“It’s basically a test rally. It helps you work through the event in a more effective way and understand how, by doing a mini test and then doing a mini rally, what the difference between doing the test and doing the rally will be like once you get to the big event in the WRC.

“It just prepares your brain to be able to tackle the event and gets you really familiar with what you’re about to do. You don’t feel overwhelmed on the first stage, particularly when you go into a new event, or you’ve been outside the car for a while.

“It gets you up to speed a lot more quickly shall we say.”

That difference will be particularly felt this week. If Johnston and Kihurani weren’t competing in Slovenia, Croatia would have marked three whole months since they’d contested a stage in anger with their Saintéloc Racing Citroën C3 Rally2.

Johnston knows what he is keen to work on: “We always do a really, really great pre-event test with Saintéloc before each event but after the fourth, fifth pass of the road for sure I have the road mostly memorised and I’m driving with more and more commitment,” he said. 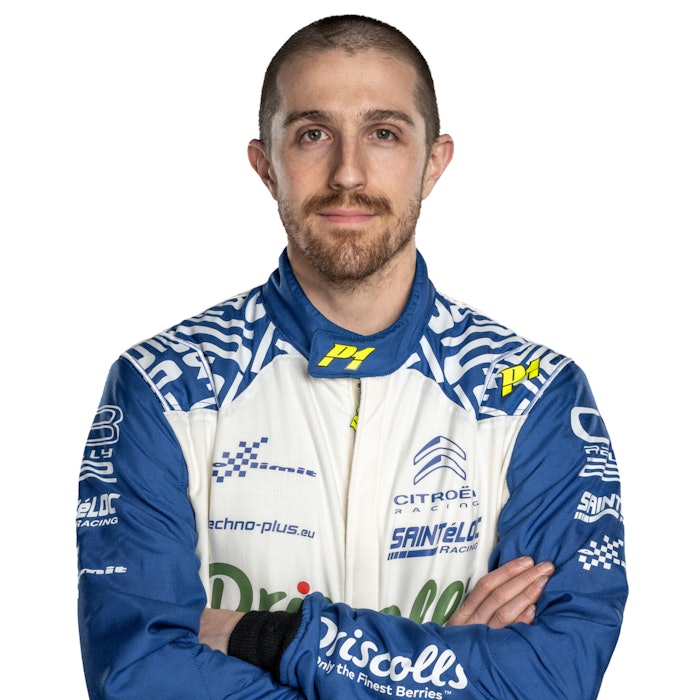 “So it’s still good for doing setup development work, but in terms of training for the actual sporting experience of rallying, that’s where a small national rally is super helpful for me because it’s getting more and more practice driving on those first and second pass notes which is really where the magic needs to be happening.”

“That’s what really makes rallying such a special and unique sport and it’s where I’m still building my commitment to go fast on the first pass. That’s where I’m lacking.”

This new approach should help Johnston and Kihurani make another important step forward. The goal for the season is clear – a maiden podium in WRC2 – but given they’ve not been to Croatia before, that’s a target reserved for later on in the year.

“I’d like to start where we left off at Monte as far as that pace and consistency,” said Kihurani on their aim for Croatia.

“Looking at the roads in Croatia, they are super-duper tricky; lots of gravel and pollution pulled onto the road, lots of jumps, surface changes, kerbs, hidden don’t cuts, all kinds of things that can really catch you out. And then of course it’s a really, really stacked field.

“I think because the field is so stacked and the roads are so tricky, there will be quite a lot of attrition and a bit of chaos once again. The attrition was there last year, and I can’t imagine it being less so this year.

“If we can start with the pace we had from Monte, build on that pace while keeping our consistency, and from doing this national rally and the test, be really in the flow with those types of roads by the time we start the first stage, we can pace our way to a good result.”

“Alex hit the nail on the head there,” added Johnston. “Croatia for sure it’s a super-stacked field and mind-numbingly tricky stages on super narrow roads, lots of cutting, lots of pollution, no gravel crew, I think it’s going to be a crazy race so balls to the wall is not going to be the strategy there for us.

“We’re just looking to score points and build the experience as we don’t expect this rally to be one of our most competitive events of the season for us. So showing up and setting the world on fire is not our objective, but rather to drive a smart, clean rally and get to the end without problems and then see where we’re at.”