If anybody knows what it takes to beat a Toyota Yaris World Rally Car on a fast rally, it’s Ott Tänak. He took back-to-back Finland wins in Tommi Mäkinen’s machines, but will go head-to-head with them at the next round of the World Rally Championship, September’s super-fast Rally Estonia.

The Yaris WRC was crafted on the smooth, quick gravel roads of central Finland, so it’s no surprise it has been the benchmark on faster forest roads.

But reigning WRC Champion Tänak reckons he and Hyundai might have found the key to going even faster.

Since Hyundai’s WRC return in 2014, fast gravel has been the Achilles’ heel of each evolution of the i20. While Thierry Neuville has twice finished fourth aboard a Hyundai in Jyväskylä, the brand has not made the podium in any WRC category in Finland since Alister McRae was driving one of its Coupé Kit Car Evo2s in 1999.

Rally Estonia is being viewed very much as a like-for-like replacement for Finland on this year’s calendar – admittedly with a few less jumps than those found on the northern shores of the Baltic Sea.

Tänak tested the i20 Coupe WRC in Finland for the first time last month. The Estonian was pleased with the steps across the car – but especially in terms of an improved aero package.

That test, his dominant Viru Rally win in Estonia earlier this month, and knowledge of the ongoing work back at Hyundai’s Frankfurt headquarters has given Tänak confidence. 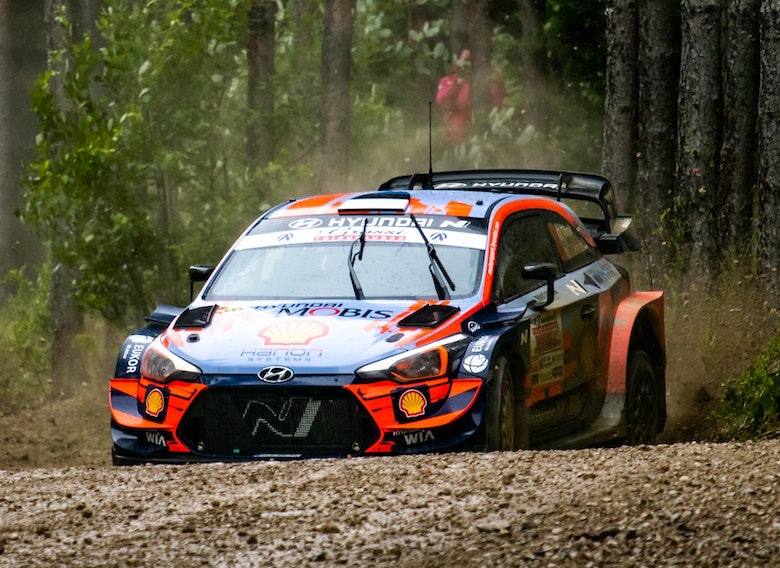 “You learn things when you are testing, but all the time you are using the same piece of road, so you definitely learn more when you are competing,” Tänak told DirtFish.

“I think we learned quite a lot. You get so many different conditions which are a bit unexpected when you are on a rally.

“We’ve had some really good feedback from the rally and now we have set some new targets for where we need to improve the car.

“I have the belief in my team that they can do the job. I think compared with where Hyundai was in Finland last year to where we are now, already we have done quite a lot of work.

“I know [Hyundai] struggled a bit on these kind of roads, but the car I drove before this one worked well on these roads – so that has given me a bit of a benchmark.”

Asked if he thought the step in pace would be enough to beat Toyota, Tänak added: “We’ll see when the rally comes where we are.

“We know the other teams, they have been working and coming with some new tricks of their own. You never know exactly what to expect. But the feeling from the testing and the rally is good for me.

“Is it enough? Ultimately, if you win the championship then you know you achieved your targets.”