Twelve months ago today, Rally México done, I landed back into London, not really sure of anything. Apart from one thing. I was in the wrong place. I should have been in Seattle. With Ott.

Tänak and a few other WRC folk were joining us to journey north from Guanajuato for some DirtFish fun in Snoqualmie. As the third round of the 2020 World Rally Championship season progressed, it became increasingly clear Europeans were no longer all that welcome Stateside.

The trip was binned, as was the final day of Rally México.

With the pound crashing to its lowest level against the dollar since 1985, we headed home to the news that Glastonbury would be canceled and everybody over the age of 70 would be self-isolating for “a very long time.”

Even before wheels were up out of León, it was clear there would be no trip back across the Atlantic for Rally Argentina in a month’s time. Villa Carlos Paz was postponed, with Portugal and Sardinia soon to follow.

The next event would be Kenya’s Safari in July.

No problem. This pandemic thing would be licked by then.

Or not. In the intervening months, Britain marched towards 50,000 deaths, with prime minister Boris Johnson coming close to being one of them.

For the WRC, each month brought another change, with events no longer being postponed as it became clear there was no way the likes of Safari or Finland could be catered for in an already busy second half of the year.

Having passed through the first phase and with people able to get a haircut and a tattoo, new hope emerged. Johnson promised Brits a virtually normal Christmas.

Despite such predictions, New Zealand, GB and Japan were all lost.

Now it was really starting to hurt. 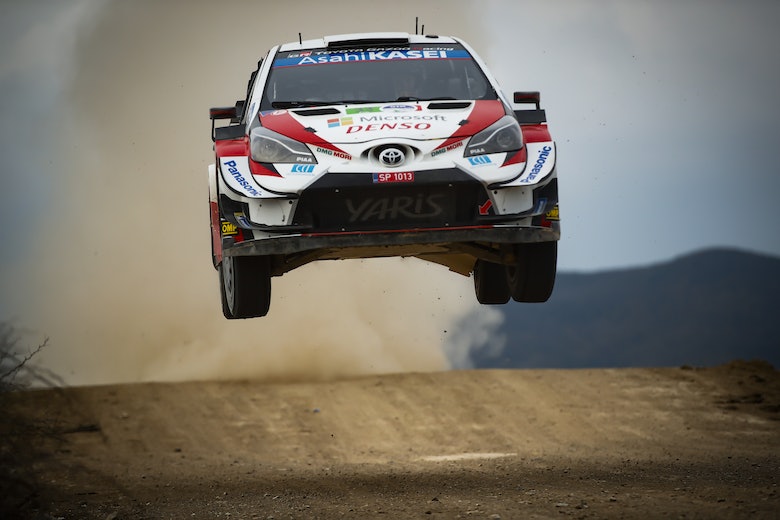 Having already missed out on a first African WRC round in 18 years, we were now told there would be no going back to Auckland for the first time since 2012. And, with the Tokyo summer Olympics postponed, the writing was on the wall for a Rally Japan return.

This was all a very long way from a year and a couple of days ago, when I walked through the Rally México service park with a senior member of WRC Promoter who told me: “Argentina was inevitable, but we’ll have Portugal and Sardinia put back for a couple of months. We’ll find a gap; we’d just better be ready for a busy second half of the season.”

As it was, almost six months passed before round four could follow round three.

With round four taking us to Tartu for Rally Estonia in September.

It was in this mid-season period that the series stakeholders were working hard to create a meaningful championship for 2020, but a September re-start wasn’t to everybody’s liking. While entirely respectful of the work done, Sébastien Ogier was among those most vocal in his criticism of what he saw as a late re-start to the season. As everybody prepared for Tänak’s first ever home WRC round, the talk was starting of a post-summer second wave building.

To a backdrop of concerns that cramming thousands of university students together might not be the best plan, the WRC celebrated a brilliant maiden Rally Estonia. The icing on the cake being, of course, the home hero – and defending world champion – celebrating victory.

It’s impossible to overstate what the Estonians achieved last September. Not only did they stage their first ever WRC qualifier, but they did it in the most COVID complicated conditions ever.

And the infrastructure put in place in Tartu remains the standard-bearer all these months on. Don’t forget, not only did Rally Estonia run an accomplished, competent WRC round, but they were also the last WRC event to admit spectators. And they did that with an efficient and effective plan.

The remainder of the year was to include Turkey, Germany and Sardinia with Ypres or Croatia tipped to replace Japan as the finale. This was where the logistics got complicated with the potential for three events in five weeks.

As co-ordinators scratched their heads, so did the events as they sought to follow Estonia’s lead into short-form rallies. Germany proposed a Baumholder-only set-up, with the military testing area simpler to control from a movement perspective. But that all became academic when the Bostalsee-based event was lost too.

In August, Ypres got the nod over Zagreb for a finale which would share the bill with Belgium’s WRX round at Spa Francorchamps.

Turkey trimmed to a shorter format. Sardinia retained three days of action, but running in October not June meant less available daylight, so each of those three days were shortened.

It was while we were in Alghero that the FIA confirmed the 2020 season would run over eight rounds, with the series moving to the Monza Rally for its final round on the first weekend in December.

The thought of being penalized for touching one of the many traffic cones used to mark out the route at the northern Italian event drew significant concern from many drivers. Assured Monza Rally would be different – and include a day in the Lombardy mountains – such worries were placated.

But still, the end of the season at a race track. Really?

Then numbers spiked in Belgium and Ypres went south. Now well into the second wave, there were grave concerns that Rally Monza might not happen – whether folk wanted it or not.

For two months, Elfyn Evans and Scott Martin sat at home, waiting and wondering if their 14-point championship lead would see them home.

Despite Lombardy moving into the eye of the second wave storm, the WRC landed in Italy for an event which was an absolute credit to the Italian organizers. The stakeholders had pulled off what many thought was an impossibility – a thrilling WRC finale to raise the spirits of fans around the world.

The lingering moral question of whether the WRC should have been there in the first place – potentially risking emergency crews and already hospital beds already overcrowded with COVID patients from across northern Italy – was quietly swept under the carpet.

We had champions in Ogier, Julien Ingrassia and Hyundai Motorsport.

Ogier immediately canned plans for retirement. A seven-round title race wasn’t how he wanted to go out. He’d be back for 2021.

Which meant he’d be back in his Toyota Yaris WRC six weeks on from Monza at the season-opening Monte Carlo Rally.

As 2021 was staring down the barrel of 2020, Rally Sweden had already been lost.

Any thoughts that coronavirus was last year’s story were quickly forgotten when it was announced one in 30 Londoners had the virus a week or so into 2021.

Understandably, France said a very firm no to folk crossing the Channel for round one. And it looked, for a few days, like M-Sport and the remainder of the WRC’s British contingent would stay home for round one.

Much to his credit, Tänak questioned how round one could run without his former colleagues and one of three factory squads. Once again, the FIA and WRC Promoter worked a miracle and got people in with special permissions and lots of quarantine. 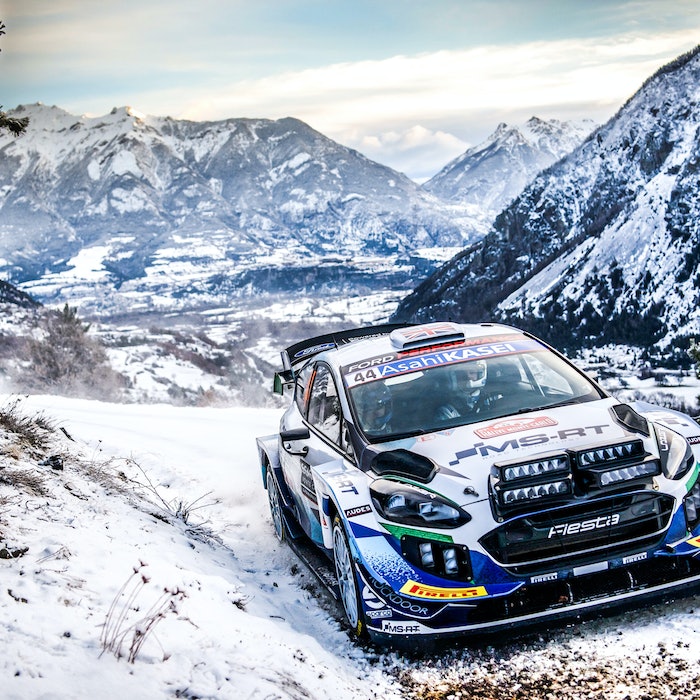 Before the Monte Carlo Rally, M-Sport team principal explained the team's hectic preparations for the event

Sweden’s replacement was an obvious one. If there’s one winter-safe winter rally each season it’s the Arctic Rally. Arctic Rally Finland was born and, with Kai Tarkiainen in charge of the sporting side and Jarmo Mahonen on promotion, it was a born winner.

The watching world looked on in awe as the finest drivers on planet earth plied their trade inside the Arctic Circle for the very first time.

It was a brilliant rally.

And that brings us to March and a missing trip to México.

This year’s calendar reflects a world still taking tentative steps, wary of a third wave, clamouring for vaccines. Post winter, there’s a big gap between Finland and round three in Croatia at the end of April. Installed by design, it’s hoped the coronavirus buffer will enable the remainder of the season to run uninterrupted. That would mean a roster running on with: Portugal, Sardinia, Kenya, Estonia, Finland, Ypres, Chile, Spain and Japan.

Will it happen? Who knows. Let’s cross everything and hope for the best.

But let’s do so safe in the knowledge that the world and the governors of the World Rally Championship are considerably better versed in thinking on their feet and providing workable solutions than ever before.