Faced with the first-ever rally in a brand new type of car, most drivers on the Monte Carlo Rally were tinkering away at the settings of their new Rally1 machines, trying to find the right balance.

Some drivers, like Kalle Rovanperä, were having to change their driving style completely to adapt. In his case it worked well – he was winning stages by the end of the rally. But he’d started it on Rally2-level pace.

Thierry Neuville meanwhile was changing settings on his recalcitrant Hyundai i20 N Rally1, as he tried in vain to find a combination of suspension and geometry settings that would put him on the same pace as the Ford Pumas and Toyota Yarises he was up against.

At the front of the pack, it was a different story entirely.

Sébastien Loeb had rocked up in Monte off the back of finishing second in the Dakar Rally. He’d only done two days of testing in the Puma. And, as we all know, he went on and won the rally.

But there was one little detail that showed how masterful Loeb remains a decade on from his last world title. And how he’d managed to outgun two of his teammates that were contesting the full season, Craig Breen and Gus Greensmith. 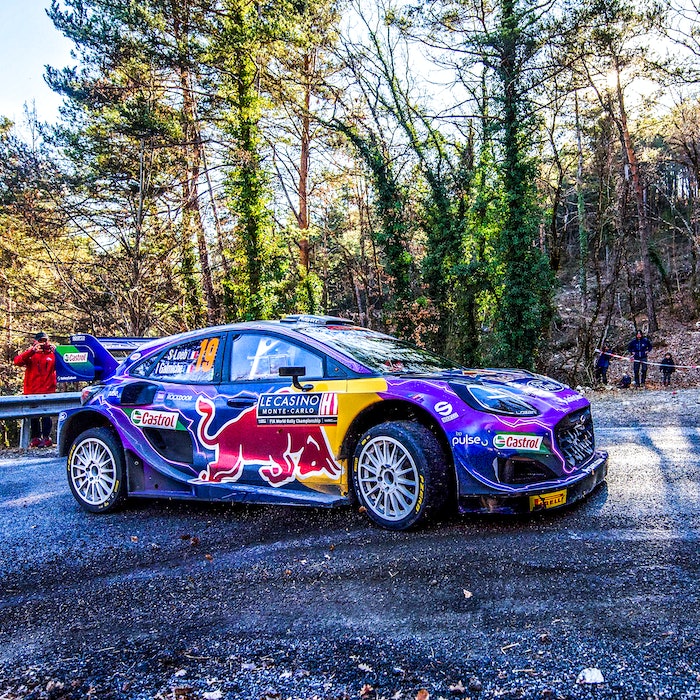 Why I was wrong about Loeb's latest WRC return

Luke Barry wasn't sure about Loeb's latest comeback at first, but soon changed his mind...

“He did the whole rally and never changed a damper click, he didn’t change an anti-roll bar setting, he didn’t change the springs. I think the only thing we did was we put him a set of brake discs on. That just tells you how natural the guy was.”

Zero set-up changes for the entire rally despite minimal preparation and the untested nature of the Rally1 cars. Incredible.

Wilson was similarly impressed at how well his new hire had performed.

“A lot of us who’ve been here a long time now know why we lost nine championships to him, that’s for sure,” he quipped.

There’s more, of course. But we’ll let Malcolm himself – and some of his colleagues, including team principal Richard Millener – tell the story. Listen to this exclusive bonus episode of SPIN, The Rally Pod, to hear more about M-Sport’s Monte debrief directly from the factory floor.