Most of us wish we could relive our preschool years – where life was simple and all about enjoyment with family and friends. Katie Milner went through this in the early 2000s and doubtless wishes she could remember those days clearer, as it was just when her father’s rallying career really hit its stride.

Jonny Milner had been on the scene for a while, winning the famed Shell Scholarship in the early 1990s, but it wasn’t until 2002 that his talent was finally matched by silverware as he scooped that year’s British Rally Championship title, duly doubling up the following season too.

A passionate and bubbly character who drove with a steely determination, Milner and his red Toyota Corolla WRC were a distinctive partnership. The switch to a Subaru in 2004 didn’t prove quite as successful and Milner’s career began to slow down.

He’s made some sporadic appearances since, but we thought that may have been the last we saw of the Milner family in rallying. That was until daughter Katie entered the FIA’s Rally Star competition, made it to the European final last weekend, and clinched a place at the world finals in North America this August along with Sweden’s Maja Hallén Fellenius.

“I was pleasantly surprised because it’s quite similar to the route I took as I started in autograss racing and then [went] into rallycross and got picked up by Peugeot who, Des O’Dell bless him, always wanted me to go rallying and that was never my intention.

“It’s quite a similar route for Katie really, and to get this opportunity, like I said to her, ‘you’ve got to pinch yourself, this is once in a lifetime’ and she’s done us proud.”

Katie’s career began aged 11 after following her two older sisters into horse riding but soon becoming “fed up” with it. From as early as six years old she was driving a field buggy with wooden blocks so she could reach the pedals, and as soon as she was tall enough she began competing in autograss racing in 2012.

“I wanted to follow the same steps as my dad and do rallycross and get into rallying but when we looked to move to rallycross the junior championship, there were literally like three Suzuki Swifts on the grid,” she tells DirtFish.

“So my dad was like ‘it’s a bit pointless racing against three people, the same three people all the time’, so that’s why we sidestepped into circuit racing and kind of just took off from there.”

Katie’s first season on the racetrack was in 2016, winning the Junior Saloon Car Championship in a Citroën Saxo, becoming the first female driver to seal that title. She has since progressed into GT racing, spending the last two seasons as a factory driver for McLaren.

But rallying has always intrigued her, so the opportunity to enter FIA Rally Star last year was simply too good to resist.

“This opportunity kind of came up and I’m kind of at a crossroads with circuit racing,” she explains. “The next step is a lot of money, whether it’s going to go anywhere I don’t know and I thought why not just take this opportunity and see if it goes anywhere.

“Rallying is always something that I’ve wanted to do from when I started, so if it goes anywhere then brilliant. If not then I might be able to maybe do a couple of events anyway this year.”

Despite the family genes, Milner’s success at last week’s final at the Estering in Germany was no guarantee. Before she started doing a bit of training with the other three finalists from the UK, she had never driven on gravel before.

“But I think my circuit racing driving actually helped me be quite smooth and find the tightest, quickest line,” Katie argues.

“In the training as well the two other lads were very sideways and losing a lot of time where I was quite tight and nippy through [the corners] and a lot of the time quicker than them.”

That boded well for the contest at the end of January where Katie did “feel quite confident” given her pace relative to her fellow Motorsport UK representatives. And that mindset was key: she didn’t just want to be the fastest female (with one female guaranteed a spot on the program in 2023), she wanted to be fast, period.

“I was saying to Katie [Baldwin] who came with us from Motorsport UK, there’s no point in me just having a target of winning the women’s final and going through like that, I want to qualify on merit against the boys,” she says.

“Which I did in stage one where I qualified third and that put me straight into stage two. And, in theory, all the other girls got knocked out in stage one, so I was really happy that I qualified on merit up against everyone else.

“All through my career so far I’ve raced against boys and I’ve always wanted to be the best, not just the best girl, and I think that’s important for any girl that’s going to be in the situation of rallying against the best six in the world.” 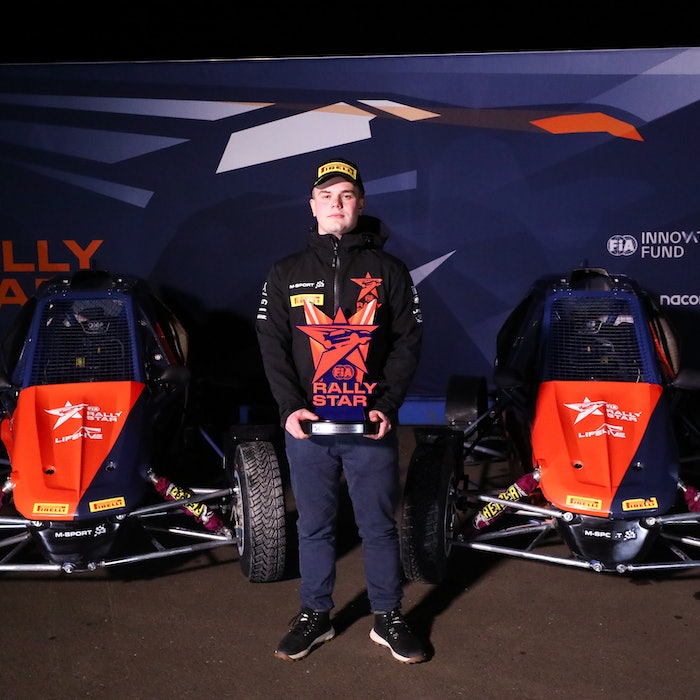 A second chance at rallying

Romet Jürgenson had given up a promising career as a footballer to pursue rallying. It's taken seven years but he's finally gotten his big break thanks to FIA Rally Star.

Katie’s task is now ensuring she is the one in that position. The first step is complete by reaching the world final, but the hard work doesn’t stop there. Luckily, Jonny is currently working on a Corolla WRC that his long-term backer Duncan McMath owns which could prove pretty useful for Katie.

As could a multiple British rally and rallycross champion and movie stunt driver who has offered to help.

“We’ve got to support her wherever we can,” says Jonny, “so Duncan’s already said if she wants to practice in the Corolla then she can, she’ll be driving it before I can!

“I’ve already had this discussion with my best man who was Mark Higgins, and I’ve actually asked Mark if we do any training to sit in with her because she would listen more to Mark than me.

“Mark has the same problem, his kids don’t listen to him either so we’re doing a bit of reversed roles here.

“The thing is you can’t learn to be a rally driver overnight so there’s a lot to take in and it’s step by step really, but what a wonderful and brilliant opportunity. It reminds me very much of 1993 with the Shell Scholarship when we were doing that, and I don’t feel then that the pressure was anywhere near what she’s being put under.”

Katie has six months to prepare for the world final, and in the meantime needs to work out how to fill out her motorsport year.

“I’m waiting for quite a few sponsors to get back to me and then I’ll know where I can go with everything,” she says. “Where I am with the GT racing it’s a lot of money for the next step and obviously now this opportunity has come about and it could end up pulling off big-time at the end of the year.

“I’m kind of at a bit of a crossroads whether I just spend the money training, getting ready for that and making the most of the opportunity but I’m also in quite a good place with circuit racing where I’m with a manufacturer and I think there’s more opportunities in circuit racing than there is in rallying.

“But then there’s also that market for a girl to come through and go rallying. Everything’s just very much up in the air.”

But wherever she ends up between now and August, it’s clear she’ll be a force to be reckoned with in the world final.

“She’s just doing the best she can and she’ll knuckle down, work hard and there’s so many things in rallying to get her head around but she’s more of a level head than her crazy dad,” admits Jonny.

“She thinks about things way more than I ever did. I’d be the first to admit that I was quite often too hot-headed and it wasn’t to my benefit, whereas Katie’s the exact opposite.

“I think there were hopefully quite a few eyes opened to just how committed she is to it and hungry for it, that’s the big thing. It’s got to mean everything to you, there’s got to be nothing else matters in life and you’ve got to put your heart and soul into it.

“She really is putting her heart and soul into this and this result has made her even more hungry now.

“Sometimes you can go to these events and think ‘hmm, I’m not going to beat them’ but she took them all on and held her head high and did a really strong, professional job which is what it’s all about.”

The journey to Rally Star success 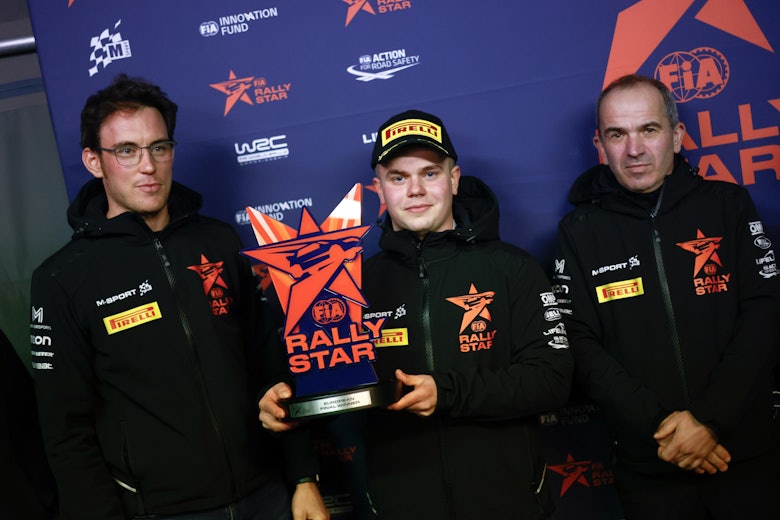 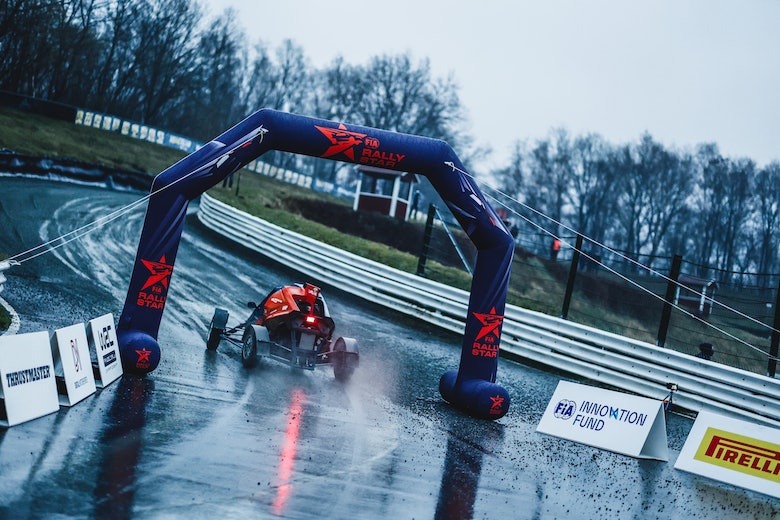 How the FIA found its latest rally star 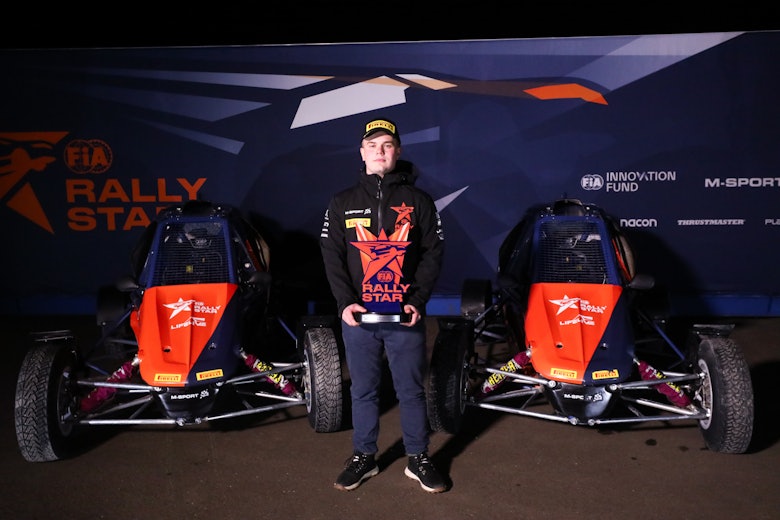 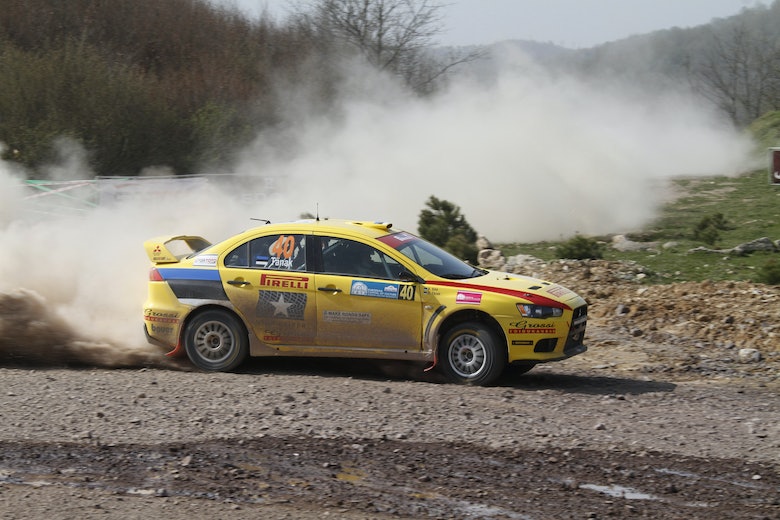 Why the FIA is using games to find the next Tänak