Everybody loves a good redemption story. After the extreme lows of Rally Italy in Sardinia, Sean Johnston and Alex Kihurani will quite literally be aiming high over the jumps and crests of Rally Estonia this week in order to write their own bounceback tale.

Sardinia was a nightmare weekend for the WRC2 pairing. A slightly optimistic pacenote made on the recce towards the end of the first stage would prove Johnston and Kihurani’s undoing as their Citroën C3 Rally2 slid off, rolled over and was stuck down a bank on the outside of the corner.

The suckerpunch came when the American duo discovered their roll cage had been damaged and they wouldn’t be going any further. They had waited three months to do a rally, and they didn’t even get to complete a stage.

But, elite sport is all about picking yourself up and preparing to fight again, and that’s exactly what Johnston and Kihurani have done ahead of their next challenge in Estonia.

“I went back to the US and saw my family for the first time this year which was fantastic, so I’m feeling recharged. For sure there’s disappointment from Sardinia, that’s still lingering, but that’s just part of the deal when you care so much about something and it goes so terribly wrong so early.

“But we’re not going to be bringing that into the rally with us. The prep is going well, we’re watching old videos and going over notes so I’m excited for Estonia. I really enjoyed the roads there last year and really enjoyed the atmosphere as well. I think it’s just a great place to go rallying.”

Estonia was a momentous event in 2020; not just because the event came off the substitute’s bench to kickstart the post-COVID era of the WRC, but because it marked Johnson and Kihurani’s first ever world championship rally in an all-wheel-drive car.

The opportunity to head back to similar terrain – including the same test road (see above) – that they’ve already experienced is one Kihurani is relishing as they missed out on that chance in Italy.

“We were quite looking forward to Sardinia as it was probably the best prepared we had ever been for a rally and we were going to finally be able to roll our notes forward for stages that we know,” he explains.

“We went through everything in very great detail, but unfortunately we didn’t get to any of the stages that we’d done before! But this time we definitely will since we pretty much start on at least a piece of road that we’ve done before so it’s exciting to see how that’ll translate into hopefully an increase in pace.

“Of course as always we’ll see where we end up overall, but we definitely want to learn what it’s like to do an event where the conditions are similar and we have notes that we’ve used before.” 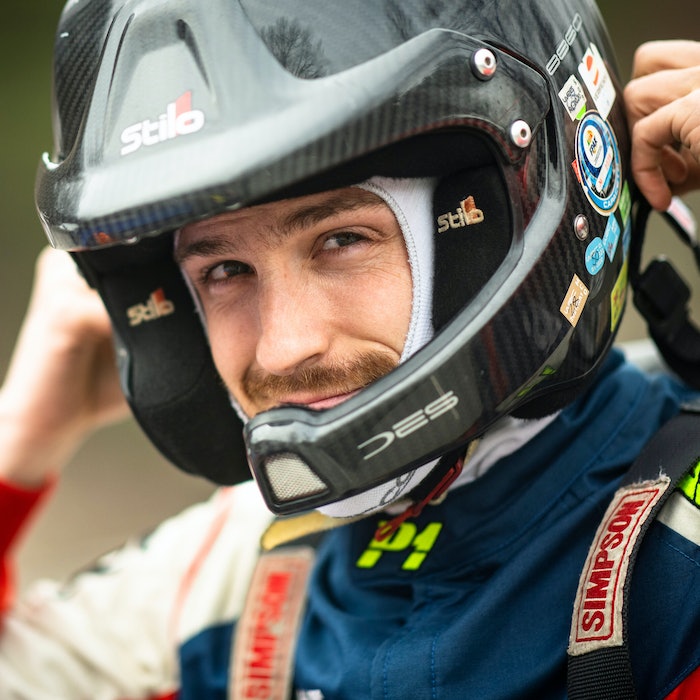 I enjoy a good jump and there's plenty of them in Estonia! Sean Johnston

One of the unique features of Rally Estonia is the variety of jumps that punctuate the stages. Some are natural, some are man-made, but each provides a challenge not just for the car but for the crew as well.

“I’ve been hitting the gym hard with the lower back and the neck exercises, so I’m hoping at the end of that Otepää stage this year I won’t have a headache and won’t be going through the rest of the rally with a sore back and neck,” says Kihurani.

“Last year I started the final day feeling as though we had an accident the previous day when we hadn’t even put a scratch on the car.”

Johnston adds: “I enjoy a good jump and there’s plenty of them in Estonia! But it’s a love-hate relationship because while sending it is great, the body doesn’t appreciate it.

“Citroën has a new damper with better high-speed damping so I’m looking forward to that, hopefully it’ll make our lives a bit more comfortable this year.”

Estonia will be the fourth round of Johnston and Kihurani’s WRC2 campaign, with one outing over the next three months set to round out their season.